Beijing demands recognition of its remarkable economic achievements over the past few decades, but it also insists on immunity from criticism of its fierce hostility to political change. 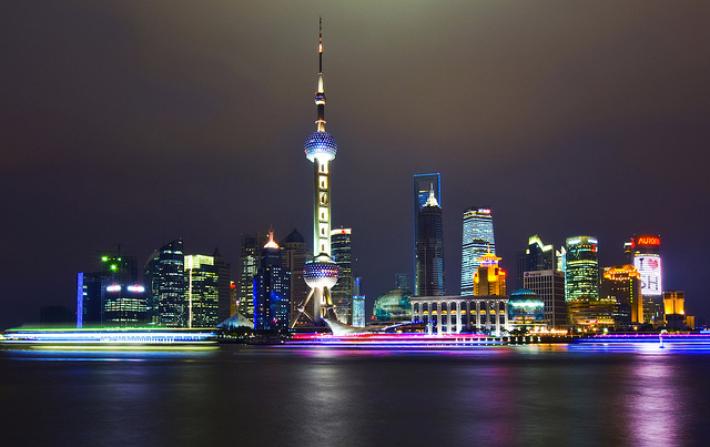 China presents a unique challenge for the analyst of global democratic trends. On the plus side, it ranks as an economic powerhouse that has successfully enabled millions of people to rise out of poverty. In the space of a few decades, it has undergone a transformation into a modern industrial state with a booming middle class.

Many controls on personal movement have been lifted. China has an estimated 618 million internet users, a penetration rate of 46 percent. The country is fully integrated into the global trading system. Its business representatives are omnipresent in the world of commerce; its students are enrolled at prestigious universities throughout Europe and North America.

China is the wonder of the world. Leaders of developing countries often point to it as a model worth copying, and speak of a “Look East” foreign policy oriented toward Asia rather than the West. Nor are China’s admirers limited to Asia, Africa, and Latin America. Some European officials, especially from the newer democracies of the post-communist sphere, have compared China’s trajectory favorably to that of Europe.

Then there is the bad news.

Under normal circumstances, the modernization process that China has experienced would have been accompanied by significant political changes. There is a well-established pattern whereby societies that grow more prosperous, more urban, more educated, and more middle class also become more democratic. China, under its Communist Party leadership, has resisted that pattern. Its emergence on the world stage has brought a tightening of the Leninist political structure, with an increase in political prisoners, a ruthless crackdown on ethnic and religious minorities, intensified censorship, and a recent trend toward what can only be described as thought control.

The absence of political and personal freedoms is apparent in China’s performance in Freedom in the World 2015. In 1997, its ratings improved from a rock-bottom level of 7 for political rights and 7 for civil liberties (on a 1–7 scale, with 1 indicating the most freedom) to a 7 for political rights and a 6 for civil liberties. The numbers remained quite poor, but nevertheless reflected a somewhat freer social environment and a relaxation of statist controls.

At the time of this modest ratings improvement, Freedom House analysts clearly anticipated further progress in the coming years. Even if China did not immediately embrace liberal democracy, it would, most of us believed, tolerate a plurality of opinions in the media, abandon its tight control of religious denominations, begin to uncouple the legal system from party control, and permit an embryonic political opposition to form.

If anything, however, China’s state of democratic freedom has worsened over the past decade. A pivotal event was the 2008 Beijing Olympics. Many anticipated that as a gesture to world opinion, China would use the Summer Games as an opportunity to initiate a process of change. In fact, the years prior to the Olympics brought more restrictions. Some were tied to planning for the games, as the authorities insisted on absolute freedom to raze neighborhoods, displace residents, and smother voices of dissent that might raise uncomfortable questions about the Olympic project. Things failed to improve after the games. There was always another “sensitive” event—a party congress, a crucial anniversary, a global gathering hosted by the leadership—to justify a new wave of detentions and an additional layer of internet censorship.

More recently, the new Chinese leadership under Xi Jinping has stepped up and expanded political controls. As Freedom House Asia analyst Sarah Cook wrote in her January study, The Politburo’s Predicament, the Xi leadership has intensified repression, broadened the categories of targeted groups, and brought back some techniques developed during the Mao period.

Among the more troubling recent developments is a campaign, again redolent of Maoism, to impose a kind of conformity of thinking in schools and universities. The education minister, Yuan Guiren, has heaped scorn on “Western” ideas such as the rule of law and civil society, and in a phrase reminiscent of the Cultural Revolution, fulminated against “wrong talk” in social science classes. All of this comes on top of a relentless campaign to suppress Uighur culture, a drive to close off the last refuges of internet freedom, and the jailing of one political prisoner after another. The leadership has even moved backward on the sole significant “democracy” concession advanced during the Olympics period: a relaxation of controls on the international press. Thus the authorities have moved to withhold visas for journalists who probe too deeply into the corrupt practices and business interests of party leaders and their families.

Internationally, China’s rulers have made clear that they demand special treatment. China must not only be respected for its achievements, but should also be regarded as immune from the kind of criticism that is normal practice among democracies. They have partially succeeded in obtaining such treatment. Beijing’s repressive policies attract much less attention than those in societies with more freedom but less global clout. Think Sri Lanka or Hungary.

Critics sometimes cast a gimlet eye at the scores China earns in Freedom in the World and other Freedom House reports. They ask how it is that China ranks alongside impoverished states like Cuba and Laos, and below chaotic places like Pakistan. They suggest that perhaps our methodology needs to be reformed.

But the purpose of Freedom in the World has always been to measure the condition of democracy, human rights, and individual freedom. Its methodology places special value on a citizen’s ability to participate in public affairs. A government that bans opposition movements, censors the press, demands political conformity, and places the ruling party above the rule of law will invariably score poorly, no matter how successful its economic development strategy. The analysis in Freedom in the World also distinguishes between occasional or episodic openness and sustained institutional change. We’ve seen bouts of the former phenomenon in China, but not the latter.

There are other reports that focus on assessing development, economic freedom, and environmental policies. There is even an index that claims to measure “happiness.” Freedom House assesses a society’s level of political and civic freedom. We do not discount entirely a society’s level of economic development, but we start from the assumption that while prosperity usually enhances the prospects for democracy, poor societies are capable of achieving high levels of freedom.

The critics are asking the wrong questions. They should be asking why the leaders of a rich and powerful state find it necessary to devote so much money, strategic planning, and human resources to the control and repression of its people. They should be asking what lies ahead for a system directed by a narrow, self-perpetuating elite with no electoral legitimacy. They should be asking why a superficially self-assured political class responds with paranoia to the mere idea of discussing universal concepts like judicial independence, constitutionalism, or free speech.

China is indeed a special case. But its uniqueness stems as much from its leadership’s tenacious war on political change as from its impressive record of economic development.