As the presidential campaign gains steam, Freedom House seeks a renewed U.S. commitment to upholding democracy and human rights overseas, and a fresh appreciation of what can be gained from such a policy. 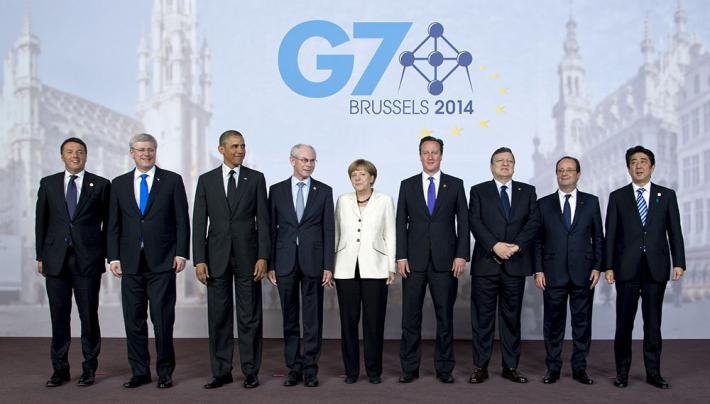 Over the coming weeks and months, as the 2016 U.S. presidential campaign gains momentum, the Freedom at Issue blog will publish commentaries meant to underscore the connection between the global spread of democracy and the American national interest.

The campaign will no doubt focus on important domestic issues, but international security concerns will be critical as well: the threat posed by the Islamic State, increasing belligerence from Russia and China, the nuclear agreement with Iran, U.S. military involvement in Iraq and Afghanistan, and counterterrorism and surveillance policies.

Amid this discussion, we encourage the candidates to make the case that U.S. and global security, as well as prosperity, would be served by a more energetic American role in pressing for the expansion of freedom abroad.

At the beginning of the present century, something approaching a consensus among American political leaders held that democracy was not simply a good in itself, but something whose spread directly benefited the United States. Since then, elite support for the integration of democracy promotion into broader foreign policy goals has wavered, and polls have shown that American voters are more suspicious of international involvement.

This is due in large part to America’s unhappy experience in Iraq. But there are other factors at work: the prominence of authoritarian China as an economic power, Europe’s protracted recessions and political strains, and the failure of democracy to take root in any of the Arab Spring countries aside from Tunisia. Indeed, the past decade has featured a measurable decline in global human rights and a more open challenge to democratic norms from major authoritarian states, adding to doubts about the utility and prospects of democracy promotion.

Viewed over the past four decades, however, world events show a clear trajectory toward the expansion of democracy, especially in certain key regions. At the same time, there is an obvious correlation between major breakthroughs in democratic governance on the one hand, and diplomatic and economic progress for the United States on the other.

Our blog series will address several aspects of the relationship between global democracy and broad U.S. interests like peace and prosperity. But to get things started, it may be useful to recall the benefits of democracy’s past gains in three regions: Latin America, Eastern Europe, and East Asia.

Eventually, conditions changed. By the 1990s, most civil conflicts had been resolved, the political left had abandoned armed revolution, and the entire region, with the lone exception of Cuba, had opted for democracy. There have been setbacks, most notably the Chávez regime in Venezuela and the scourge of drug-related violence in Mexico and Central America. On whole, though, Latin America has enjoyed a period of unprecedented political stability, shedding its status as a problem area to the extent that U.S. leaders are sometimes accused of ignoring it.

The Growth of Democratic Europe

Similarly, against the odds, democracy has taken root in Europe’s former Eastern Bloc. With a few exceptions, the countries of Central Europe and the Balkans were burdened by centuries of authoritarian misrule, and marked by shifting borders and feuding nationalisms. This history was exacerbated by more than 40 years of communist totalitarianism, and the region became a tense arena for superpower confrontation during the Cold War.

The period since the Berlin Wall fell has not been without tragedy, particularly the bloody breakup of Yugoslavia. But overall, democracy has flourished with U.S. assistance, leading to impressive gains in peace and economic development. Nearly all of these countries respect democratic norms, are enthusiastic members of NATO and the EU, respect established borders, and support Washington’s diplomatic goals.

Democracy’s gains in Asia are worthy of note given the persistent myths about a unique Asian road to development that does not include political freedom. In fact, the three East Asian democracies—Japan, South Korea, and Taiwan—have built wealthy and open societies despite bitter legacies of war and dictatorship.

Taiwan and South Korea both emerged from colonial rule as impoverished societies, underdeveloped, and in the case of South Korea, overwhelmingly agricultural. Both made transitions to democracy in the 1980s, both saw their economies grow even faster after embracing elections and civil liberties, and both have continued to progress without the massive environmental wreckage, property seizures, and other forms of abuse and exploitation that have accompanied China’s transformation.

Moreover, although the crimes of the former Japanese regime remain a source of contention, Japan, Taiwan, and South Korea all maintain peaceful relations with one another and strong bonds with the United States.

Freedom House will take the discussion further in the coming weeks, but these examples alone should remind American politicians and voters why democracy abroad matters to the United States, and what can be achieved—even in what appear to be the most hopeless cases—if the country commits itself to supporting foreign peoples’ struggles to exercise their fundamental rights and freedoms.