Freedom House: Michael Chertoff to Lead Board of Trustees

Freedom House today announced that Michael Chertoff, a former Secretary of Homeland Security and former U.S. Court of Appeals judge, and Executive Chairman of the Chertoff Group, will become the new chairman of their Board of Trustees. 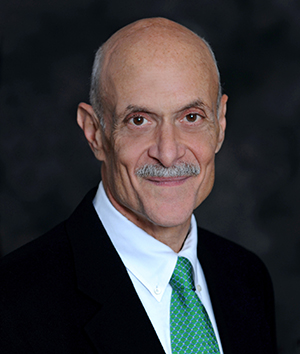 Freedom House today announced that Michael Chertoff, a former Secretary of Homeland Security and former U.S. Court of Appeals judge, and Executive Chairman of the Chertoff Group, will become chairman of their Board of Trustees in October 2018.

“It will be an honor to lead the Board of an organization that champions the principles and promise of democracy, work that could not be more vital,” Chertoff said. “Freedom House was created for this moment, a time of great peril for freedom and democracy. I look forward to working with the superb professional staff to build bipartisan support to defend and strengthen democratic values.”

Chertoff will assume the chair’s duties from D. Jeffrey Hirschberg at the Board’s next meeting, on October 17.

“Judge Chertoff has long earned respect for his integrity, intellect, and commitment to democracy and the basic freedoms that Freedom House works to advance,” said Hirschberg. “He is a guarantor of Freedom House’s nonpartisanship and its ability to work with the defenders of democracy in the United States and around the world. He arrives as democracy finds itself in retreat around the world. He will lead an organization reorienting and revitalizing itself to meet the grave threats of our time.”

Ambassador Paula J. Dobriansky, chair of the Board search committee and former Undersecretary of State, said Chertoff has a track record of working effectively across the political aisle.  “Mike Chertoff will help guide the organization in pushing back against anti-democratic forces gaining strength around the world,” she said. “Under his leadership, Freedom House will work to maintain and expand bipartisan support for U.S. leadership on democracy.”

Michael J. Abramowitz, the president and CEO of Freedom House, said the staff looks forward to working with Chertoff while also thanking Hirschberg for a decade of service to Freedom House, the last year and a half as chair. “Jeff has been a stalwart guide to me and the rest of the professional staff of the organization. We could not have asked for a stronger friend and champion,” he said.

As Executive Chairman of the Chertoff Group, Chertoff provides strategic counsel to enterprise and government leaders on a range of security issues. He previously served as Secretary of the U.S. Department of Homeland Security (2005-2009) and as a Judge for the U.S. Court of Appeals for the Third Circuit (2003-2005) and as Assistant U.S. Attorney General (2001-2003). Earlier in his career, he served as a federal prosecutor, prosecuting cases of political corruption, organized crime, corporate fraud, and terrorism.

He is a graduate of Harvard College and Harvard Law School.

Freedom House, the United States' first nonprofit organization dedicated to the defense of democracy worldwide, was founded in 1941. It has tackled many of the major threats to freedom, not only fascism and communism abroad but also problems at home, such as McCarthyism and the Jim Crow system in the American South. It created and annually publishes Freedom in the World, which has served as a barometer for the global health of democracy. With the rise of the internet, it created Freedom on the Net, which tracks the growing efforts by governments to censor and manipulate online content. Freedom House also established the world’s leading emergency assistance program for frontline defenders of democracy, embattled civil society organizations, gay and lesbian activists, and those persecuted for their religious beliefs.