A majority of Kenyans trust human rights groups and value the contribution they make to Kenyan society, according to poll results released today by Freedom House. The online survey captured the opinions of 2,779 Kenyans during August 2015. Eighty-six percent of the respondents were aged 16-34.

“Kenyans do not support their government’s attempts to demonize human rights organizations,” said Mark P. Lagon, president of Freedom House. “Our poll found that citizens look to human rights groups to help them address priority concerns, including security, corruption, and poverty. Kenyans consider human rights organizations to be among the most trusted institutions in the country. They are part of the foundation of any democracy.” 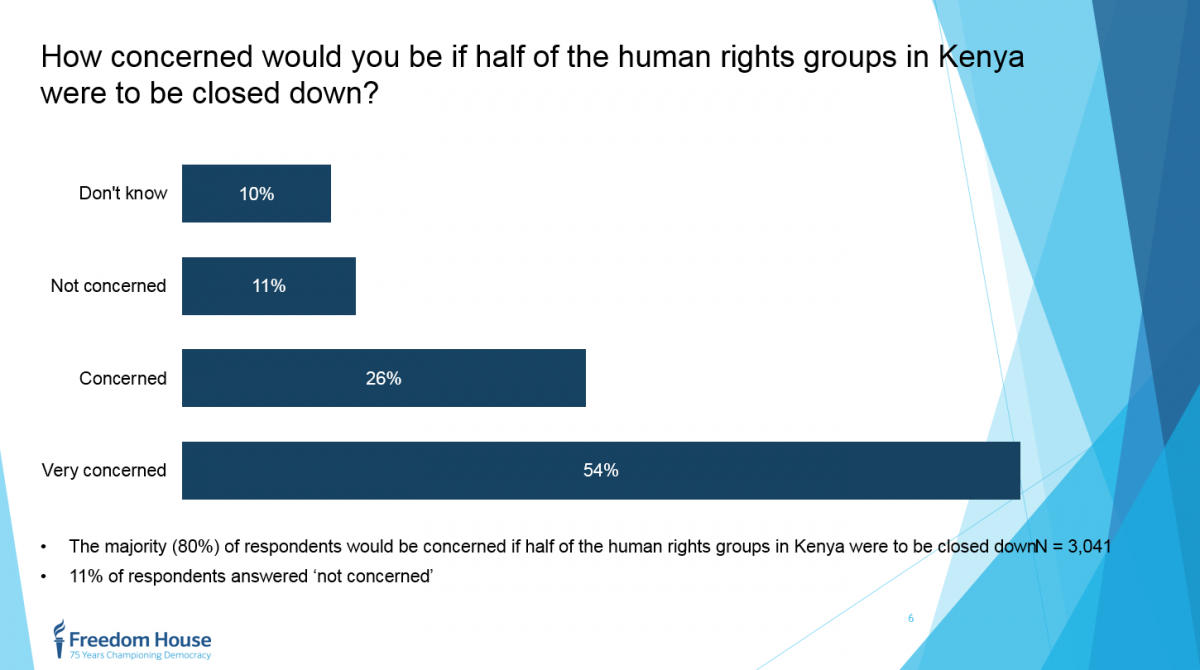 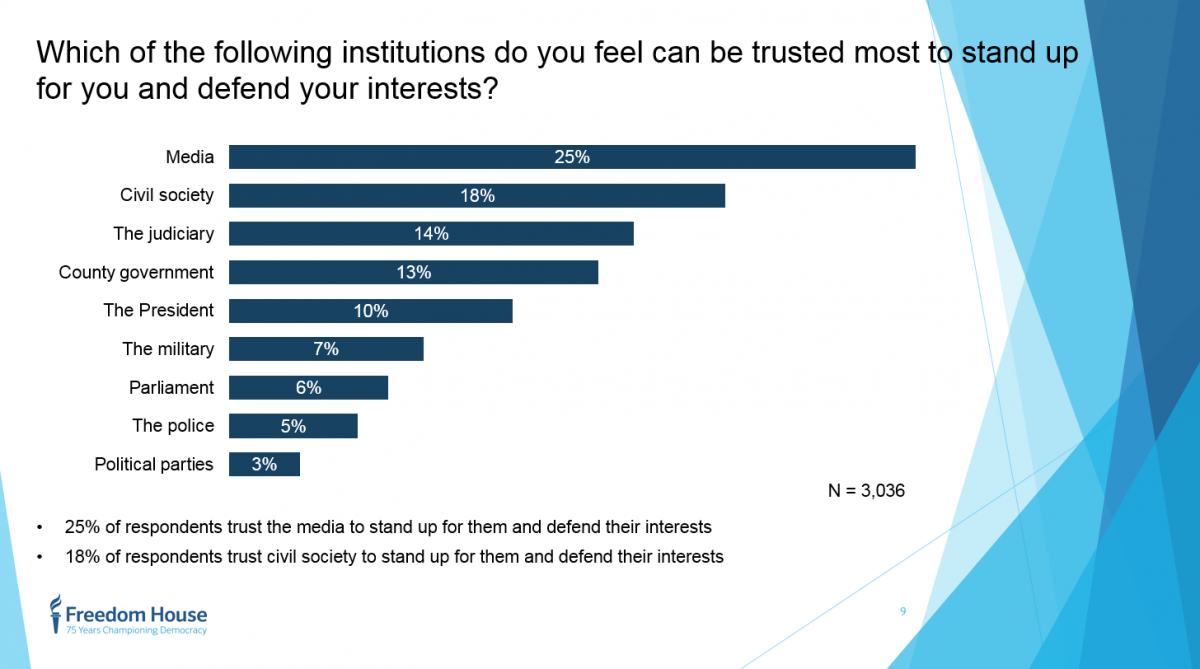