Freedom House issued the following statement in response to the arrest and disappearance of six anti-slavery activists in Mauritania.

In response to the arrest and disappearance of six anti-slavery activists in Mauritania on June 29-30 – just as the president and vice-president of the anti-slavery organization IRA-Mauritania received the U.S State Department’s Heroes Award for their work against human trafficking – Freedom House issued the following statement:

“Intimidation and violence targeting anti-slavery activists continues in Mauritania despite the government’s claims that reforms are underway to reduce the prevalence of slavery there,” said Vukasin Petrovic, director for Africa programs. “The Mauritanian government should immediately disclose the whereabouts of the arrested activists, bring them to court if they are suspected of any crimes, or promptly release them.”

Biram dah Abeid and Brahim Bilal Ramdhane, IRA-Mauritania’s president and vice-president, were released from jail on May 17, after 19 months in custody for organizing a protest against the continued practice of slavery in Mauritania. The State Department honored them June 30 for their anti-slavery efforts. 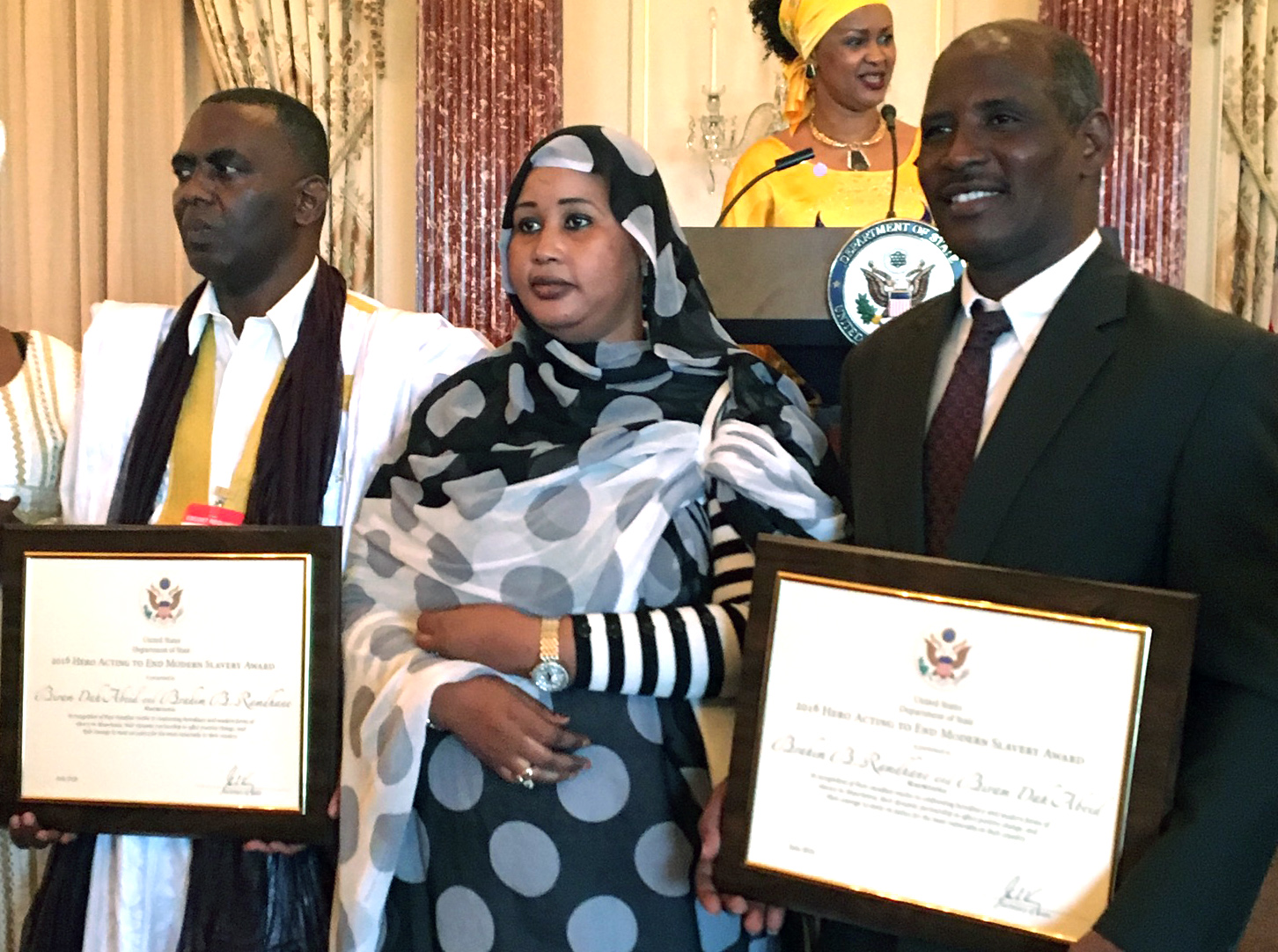 Above: Biram dah Abeid and Brahim Bilal Ramdhane, IRA-Mauritania’s president and vice-president, received awards from the U.S. Department of State.