The recent claim that the Charlie Hebdo killings helped motivate the murder of Boris Nemtsov suggests that opponents of democracy will continue to sow discord over free speech issues. 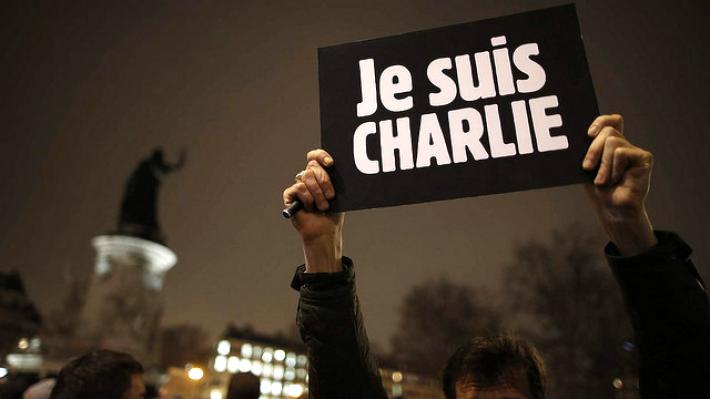 According to the news from Russia, the murderers of opposition leader Boris Nemtsov were members of Chechen president Ramzan Kadyrov’s security apparatus. They are also, we are told, pious Muslims whose actions were driven by rage over Nemtsov’s solidarity with the victims of the Charlie Hebdo massacre.

Even if one assumes for the sake of argument that the detained suspects are guilty, the notion that they acted on their own, with this motive, is obviously unpersuasive. Kadyrov’s people have been implicated in a series of assassinations and attempted murders in Russia and elsewhere, and the victims are invariably critics or adversaries of either Kadyrov himself or Russian president Vladimir Putin.

But the story now being written in Moscow does serve Russian propaganda purposes. Blaming Chechens is less preposterous than trying to convince the world that “fascists” from Ukraine murdered Nemtsov to sully the Kremlin’s global reputation, one of the other theories that initially made the rounds in Russia. Moreover, injecting the Charlie Hebdo massacre into the explanation shifts the focus to a separate but important Kremlin propaganda theme—the godlessness and degeneracy of European culture.

This cynical ploy is, among other things, a reminder that the democratic world will be confronted with the issue of the Paris killings for some time to come. This raises the crucial question of whether democracies can sustain the spirit of unity around the values of free speech that was on display in the immediate aftermath of the murders.

It is worth revisiting the response of political and cultural leaders to two previous crises in which freedom of expression came into conflict with what were described as Muslim sensitivities: the 1989 fatwa against Salman Rushdie and the 2005 publication of cartoons in a Danish newspaper that lampooned the prophet Muhammad.

In both instances, the democratic world fell well short of a ringing affirmation of the values of a free society.

The Rushdie episode originated with the 1988 publication of The Satanic Verses, a novel that took an irreverent view of the prophet Muhammad. Within a month the book was banned by the Indian government, and additional bans followed in South Africa, Pakistan, and a number of Middle Eastern countries. There were riots and book burnings.

Then, in February 1989, Iranian supreme leader Ayatollah Khomeini issued a fatwa calling for Rushdie’s death. The violence escalated with more book burnings and fire bombings, including several in the United States. Rushdie’s Japanese translator was stabbed to death, and his Italian translator was attacked and seriously wounded. Several years later, his Norwegian publisher was shot and severely injured, and 37 people were killed when a Turkish hotel was burned by protesters demonstrating against Rushdie’s Turkish translator.

Measured by the sheer level of mayhem and bloodshed, this was a serious toll—more deadly than the upheaval surrounding the Danish cartoons or even the Charlie Hebdo killings. Yet rather than responding with a resolute and unqualified defense of Rushdie and the value of free expression, many democratic political leaders adopted a stance of evenhandedness, distancing themselves from Rushdie while giving pro forma affirmations of artistic freedom and criticisms of the fatwa.

Geoffrey Howe, Britain’s foreign secretary at the time, summed up his country’s stance on the matter: “I do emphasize that we are not upholding the right of freedom to speak because we like this book … we are not in line with, or in sympathy with, or in support of the book.” Former U.S. president Jimmy Carter wrote an opinion piece in which a boilerplate denunciation of the fatwa was followed by a lengthy disquisition on Rushdie’s lack of sensitivity and the West’s overemphasis of the author’s First Amendment rights.

When the Danish cartoons controversy erupted in 2005, the response of political leaders in the United States and Europe was again notable for its limp support for a fundamental principle of freedom.

Confronted by demands for censorship, the sacking of embassies in Muslim countries, a boycott of Danish exports, and the persecution of Arab intellectuals who defended the cartoons’ publication, officials in Washington and European capitals often spoke as if the fundamental problem lay in the cartoons’ publication and not the violent reaction. Notable among the weaker responders was the Bush administration, which seemed to find solace in a controversy in which Europe, rather than the United States, was the principal target.

The absence of straightforward support from the press and the advocacy community was more disturbing. When Rushdie was threatened, writers responded with statements and actions of solidarity. By contrast, Jyllands-Posten, the newspaper that first published the cartoons, found itself isolated once the violent response began. A number of freedom of expression groups issued declarations that were grudging in their support of the beleaguered journalists. Many often betrayed more resentment toward the editors who had approved the cartoons’ publication than toward those who were calling for censorship and threatening violence.

The crisis lingers on today, with occasional threats to Jyllands-Posten and its cartoonists and editors.

The writers, editors, and artists of Charlie Hebdo face an even more treacherous future, with determined and patient enemies. The fact that multitudes poured into the streets of Paris in January to pay tribute to the journalists and their values gave the world an inspiring moment. But it was only a moment, and the issues that led to the assassinations will present a challenge to democratic forces for years to come.

Meeting that challenge requires far more than the confusion and indecision that marked the Rushdie and Danish cartoon affairs. At a minimum, it calls for a sustained and unified exposition of the principle that protecting one’s own freedom of expression means defending the same freedom for all; that an open marketplace of ideas, including potentially offensive ideas, lies at the core of a free and democratic society; and that wounded feelings alone can never justify violence, intimidation, or rote censorship.

Photo:  Keno Photography, Kenan Sabanovic (Flickr/Creative Commons). A man holds a placard which reads "I am Charlie" to pay tribute during a gathering at the Place de la Republique in Paris January 7, 2015, following a shooting by gunmen at the offices of the magazine. Gunmen stormed the Paris offices of the weekly satirical magazine Charlie Hebdo, renowned for lampooning radical Islam, killing at least 12 people, including two police officers in the worst militant attack on French soil in recent decades. The French President headed to the scene of the attack and the government said it was raising France's security level to the highest notch.