The Ripple Effect of a Chinese Lawyer’s Detention

The prosecution of human rights attorney Pu Zhiqiang could have negative repercussions for his family, his clients and colleagues, the broader rights of Chinese citizens, and the legitimacy of the current regime. 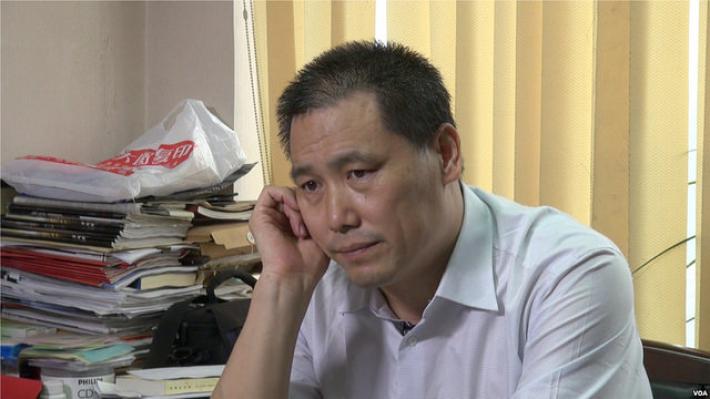 This article was commissioned by and originally appeared in the Chinese edition of the Financial Times.

This summer Chinese attorney Pu Zhiqiang will face trial and likely conviction. A mere 28 microblog posts appear to form the basis for indicting one of China’s most prominent lawyers on spurious charges of “stirring up trouble” and “inciting ethnic hatred.” Many of the messages were clearly written in jest—a drop in the bucket among thousands he published over the course of three years.

At first glance, Pu’s case could be seen as the unfortunate plight of a single individual, albeit an admirable one. Upon closer examination, however, it becomes clear that the harm done by his arrest and prosecution touches the lives of many Chinese, now and in the future.

First, there is his family. Pu has a wife and young son who have not seen him since he was taken away in May 2014. His niece, Qu Zhenhong, also a lawyer, was arrested shortly after Pu and kept in custody for a year in connection with one of the charges against him. She was finally released on bail last month when that charge was dropped. In an open letter, Pu’s wife voiced her support and her sense that his fate hangs on the whims of high-level officials. “I believe in his innocence,” she wrote to President Xi Jinping in December. “Please be merciful and let my husband come home.”

Second, there are Pu’s clients, the victims of state abuse whose basic freedoms he has attempted to defend. During the two years before his arrest, Pu was involved in two rare human rights victories in China: the release and compensation of Tang Hui, who was sent to a labor camp after urging harsher punishments for the men involved in her daughter’s rape, and the punishment of six interrogators responsible for the death in custody of state-owned enterprise employee Yu Qiyi.

Tang’s case is widely believed to have helped catalyze the Chinese Communist Party’s abolition of the decades-old labor camp system. Since Pu’s detention, citizens seeking justice have already lost an important ally. If he is sentenced to years in prison, how many such people will suffer unaided?

Third, Pu’s prosecution could affect his colleagues and their potential clients. When someone like Pu can do his work, promoting the rule of law and free expression without fear of imprisonment, other lawyers have the courage to take on similar cases. Indeed, over the past decade, in spite of growing harassment and the threat of disbarment, the number of self-defined “rights defense” lawyers has ballooned from a handful to over one hundred.

By contrast, when lawyers like Pu and Xu Zhiyong are imprisoned, other attorneys’ choice to take up rights cases becomes much more difficult. Some have had to flee the country lest they also face arrest. In today’s China, the victims of land grabbing, torture, religious persecution, and retaliation for online expression continue to multiply, but finding capable attorneys to represent them is becoming more challenging.

Fourth, there could be an indirect impact on other microblog users and the broader causes of free expression and rule of law in China. Since mid-2013, Xi Jinping’s administration has pursued a strategic and multifaceted campaign to strip independent-minded, liberal opinion leaders of their online influence, especially on the microblog platform Sina Weibo. The tactics employed have included shuttering accounts, detaining popular bloggers, expanding the criminalization of online speech, and pouring more resources into progovernment content. Together, these measures have had a palpable effect. The nature and scale of political and social discourse on Weibo today is a shadow of what it was in 2011–12.

But even within this context, the case against Pu stands out. That prosecutors would dig up 28 posts, some from four years ago, and use those as the basis for charging someone so dedicated to nonviolent change, human rights, and justice with “inciting ethnic hatred” reveals an incredibly selective and arbitrary application of the law. It reinforces the perception that anyone could face prison for almost anything they say online, no matter how trivial or sarcastic it appeared at the time. The chilling effect could be profound.

Lastly, and perhaps counterintuitively, the party itself could face its own negative consequences for putting Pu behind bars.

By harshly punishing an activist who has tried to work within the existing political and legal system, the leadership is signaling that such efforts are futile, and that incremental change is not possible. This risks increasing the number of people who see direct confrontation and the end of one-party rule as the only solution.

Despite tight censorship, an undercurrent of resentment at Xi’s increased repression is already apparent. An initial outpouring of support for Pu (including subtle online references by entertainment celebrities) hinted at the widespread public displeasure over the attorney’s mistreatment.

The potential costs to the party’s reputation, even among its core supporters, was evident from a Weibo comment made by Zhou Zhixing, the editor of two journals read by official elites, shortly after Pu’s detention: “Joining the party used to be sacred, but it has been made profane … going to prison used to be miserable, but has been made glorious.” By arresting and prosecuting Pu, the Communist Party is reinforcing the legitimacy problem it hoped to quash.

So long as Pu has not yet been sentenced, there remains a window of opportunity for China’s leaders to mitigate the damage described above.

All that is needed is for prosecutors to drop the charges against one of the country’s foremost lawyers.

Sarah Cook is a senior research analyst at Freedom House and author of The Politburo’s Predicament: Confronting the Limitations of Chinese Communist Party Repression.