In April, the government proposed legislation that could seriously disrupt the activity of civic society ahead of the 2016 presidential election. 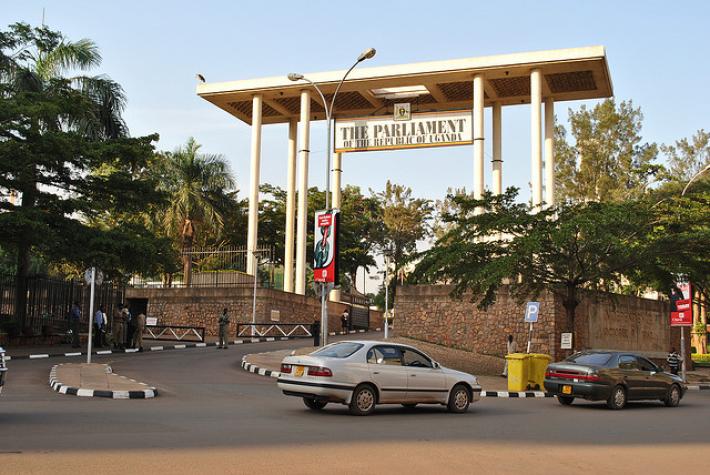 For the past decade, the Ugandan government has been at pains to amend its law on civil society groups, the Non-Governmental Organizations Act Cap. 113. The attempts have always aimed to stifle and restrict the operations of nongovernmental organizations (NGOs), especially regarding the rights to freedom of association and freedom of expression. The latest such effort—the NGO Bill of 2015, introduced in April and set for a debate in parliament—is no different in its intention but is exacerbated by its timing in the lead-up to the 2016 presidential election.

Many NGOs in Uganda believe that this timing is no coincidence. In previous elections, NGOs have monitored adherence to electoral rules and publicly criticized the government for violations. Currently, they are spearheading proposals for electoral reforms, most of which have been ignored by government. To curtail the operations of NGOs through restrictive laws at this point in the electoral cycle would seriously damage the organizations’ ability to play a watchdog role before, during, and after the voting.

Although the draft legislation includes some “enabling” clauses, it has many more provisions aimed at “regulating,” “streamlining,” “coordinating,” and “monitoring” the work of NGOs, which raises concerns about the spirit of the bill. Given the restrictive language, the legislation should not be adopted in its current form.

Concerns about the bill raised by Ugandan civil society fall into the following general categories:

Clause 5 of the bill establishes an NGO Board, which is granted expansive powers under clause 7. It can impose penalties including suspension of NGO permits, blacklisting, and any other disciplinary action that it deems fit. These discretionary and undefined powers are gravely concerning to NGOs. The board would be free to interpret the law subjectively and punish organizations for virtually any reason, such as criticism of the government. As a possible solution to these problems, the interpretation clause should be revised to define the permissible disciplinary actions, specify the circumstances under which they can be imposed, and provide for judicial oversight to review these actions.

The bill also establishes a hierarchy of subnational bodies that would answer to the national board, including District NGOs Monitoring Committees and Sub-County NGOs Monitoring Committees. Although premised on the good intention of streamlining operations at the district and community levels, the constitution of these committees is contentious. Both types are chaired by the Resident District Commissioners (RDCs), which indicates that there will be limited transparency and credibility, especially when appeals need to be made to a higher level. Several NGOs have noted existing challenges posed by working with RDCs, who often restrict their work.

The committees also include security officers with no technical background that would enable them to understand NGO operations or make relevant recommendations on decisions regarding their work. Furthermore, the bill does not elaborate on the process of selecting an NGO representative to each committee, which calls into question the credibility of such representatives. Clear guidelines for selecting the NGO representative to the committee must be stipulated in the final bill. The government should also continue to hold thorough consultations with civil society to address concerns surrounding the committees’ composition and mandate.

Duplication and contradiction of existing laws, policies, and institutions

Uganda already has a robust set of laws and policies concerning NGOs, and some provisions of the new bill deal with issues that are addressed in existing legislation. For example, employment of noncitizens is governed by the Employment Act of 2006, while tax-exempt status and other immunities granted to nonprofit organizations are governed by tax laws and should not be the responsibility of an NGO Board.

The bill suggests that directors or officers in an organization can be held liable for offenses committed by that organization, which contravenes laws that hold a company liable as a legal entity and separate individuals from their company. In addition, the bill is unclear on who is responsible for investigation and prosecution when pursuing criminal penalties such as fines or imprisonment, meaning the NGO Board could usurp powers that are traditionally given to the police and the Director of Public Prosecutions.

If this bill is passed in its current form, the autonomy and fundamental rights of NGOs will be at risk, and if their work is disrupted, they will be unable to hold the government accountable to its citizens. This function is especially crucial during electoral periods, when NGOs carry out civic education, disseminate information to citizens on their right to vote, and encourage citizens to make informed decisions that are free from fear or intimidation.