The victory of opposition Patriotic Front leader Michael Sata in Zambia’s September presidential election was a welcome example of an almost entirely peaceful rotation of power in a maturing African electoral democracy. President Sata can now carry Zambia further into a position of continental leadership by quickly making good on three campaign promises: revising Zambia’s draft constitution to better protect basic freedoms, fighting corruption, and properly protecting the rights of all Zambian workers, especially those employed in the growing number of Chinese-owned mines and related industries.

The election stands as a credit to the vast majority of Zambians who desired and worked for a fair campaign and a free vote. Civil society groups fielded domestic election observers and deployed new technological platforms for reporting potential irregularities. The Electoral Commission of Zambia conducted a massive voter registration campaign and supervised a largely transparent and efficient electoral process, one that was endorsed by international observers despite shortcomings such as the use of state resources and state media to support incumbent president Rupiah Banda and his Movement for Multiparty Democracy (MMD). Yet Banda conceded Sata’s convincing victory in a timely and graceful manner after initial delays in reporting results sparked scattered rioting in Patriotic Front strongholds in northern Zambia.

President Sata faces formidable challenges in meeting the electorate’s expectations for reform and more equitable economic growth in his mineral-rich but deeply impoverished country. He immediately announced the revival of an anticorruption campaign that had faltered badly during the last years of the Banda government, sacking several senior officials and launching investigations of alleged malfeasance. He also pledged to revise a draft constitution that was rejected by the previous parliament, and which many civil society critics believe was deficient in protecting basic rights.

Sata must also cope with a wave of labor unrest that has been partly driven by his own rhetorical attacks on Chinese companies involved in Zambia’s mining and other industries. Such statements have led some to characterize Sata as a “fiery populist,” but his decades of service in previous governments demonstrated his capacity for pragmatism, and some observers believe that he will welcome further Chinese investment.

Managing the massive inflow of Chinese capital is a challenge for nearly every African country today. Chinese companies bring vital financial resources to these economies, but they also bear the attitudes and standards that prevail in the Chinese labor market. Workplace safety and environmental impact are often paid little heed in China, and the ruling Communist Party has assiduously suppressed even the most basic of labor rights. 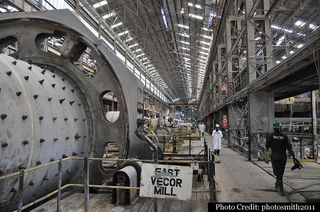 Africa’s need for foreign direct investment is very real, but it is imperative that all enterprises comply with national labor laws and international labor standards, and ensure that macroeconomic growth does not come at the cost of environmental degradation or disaster. Investment agreements should include significant skill and technology transfers, and restrict the importation of Chinese workers if local labor is available. The proliferation in many cities and towns across Africa of small retail businesses operated by Chinese citizens, many of whom are apparently working illegally, is another area of concern. While their commercial skills are often prodigious, they often crowd out local enterprise, and their profits flow out of the country.

Freedom House’s recent Countries at the Crossroads report on Zambia highlighted labor rights as one of the areas that Sata should address to promote further democratic consolidation. Others include ensuring that the new constitution requires presidential candidates to receive at least 50 percent of the popular vote to win election (a position that Sata strongly endorsed while in opposition); strengthening the courts and reducing police misconduct; and empowering autonomous and genuine anticorruption efforts. In each area, Zambia’s vibrant and growing civil society should serve as a source of advice and cooperation for the government, though without sacrificing its independence and crucial watchdog role.

Guaranteeing respect for independent media, which have too often faced official harassment, and transforming state mouthpieces into true public-service outlets should also be priorities for the new administration. New leaders have already been appointed for the Zambia National Broadcasting Corporation (ZNBC) and two state-owned newspapers.

In addition, President Sata must proactively address concerns that his Patriotic Front victory could grow into ethno-regional dominance. As Zambian commentator Chanda Chisala has noted, even the perception of such dominance could pull ethnic rivalry into the foreground of Zambia’s politics and destabilize the country.

It will be challenging for President Sata to carry out an ambitious reform agenda, having won office with just 43 percent of the vote in a three-way race. Similarly, his party captured just 60 of 148 legislative seats. But it would serve the interests of all Zambians to more firmly enshrine basic human rights principles in a redrafted constitution, and to ensure that no Zambian—or foreign investor—enjoys impunity for corruption or rights abuses. If such gains are successfully achieved under Sata’s supervision, then his record in office, and not just the highly credible manner of his election, could become a model for all of Africa.

* Thomas R Lansner is visiting professor at the Paris School of International Affairs of Sciences-Po Paris, and taught on international media and communications at Columbia University from 1994-2011. From 1980-1990, he covered numerous conflicts, mostly in Africa and Asia, for the London Observer, the Guardian, and other media outlets. Lansner writes regularly on media/human rights/conflict issues, and offers media/presentation training for human rights and social justice advocates.