The Best and Worst Human Rights Developments of 2011

The year 2011 will be remembered as one of immense political and social change around the world, particularly the Middle East. On this International Human Rights Day, Freedom House looks back at a few of the best and worst developments of the year with respect to their long-term implications for the global state of human rights. 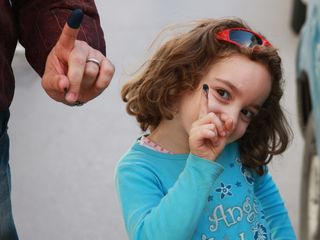 Historic elections in the Arab world: After toppling their dictator in January, the Tunisian people turned out for successful constituent assembly elections in October. Egypt, whose authoritarian leader was ousted in February, has now begun its own multistage elections, aimed at replacing interim military rule with a civilian government. Morocco held elections in November for a more powerful parliament, though the monarch retains significant authority. To varying degrees, these peaceful polls offer the promise of further democratic progress in a region that has long languished under uncompromising autocratic regimes. 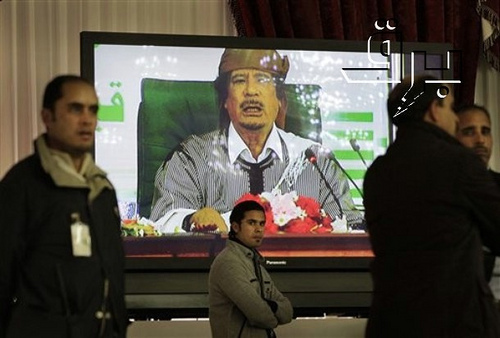 The world cooperates on Libya: Beginning in February, the international community came together in a historic show of solidarity to protect the Libyan people from mass atrocities perpetrated by the regime of Mu’ammar al-Qadhafi. The UN Security Council adopted a resolution imposing an arms embargo and sanctions, Libya’s membership in the UN Human Rights Council was suspended, and NATO, with the unexpected backing of the Arab League, enforced a “no fly” zone over the country and effectively provided air support for opposition forces. It remains unclear whether Libya will make a successful transition to democracy, but for the first time in more than 40 years, the power to decide is in the hands of the Libyan people. 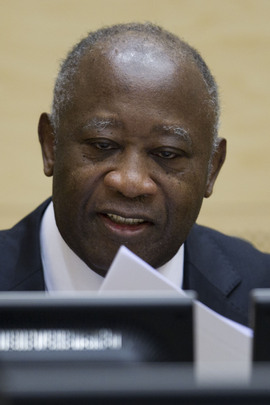 ICC gets its first head of state: Laurent Gbagbo, who was forcibly ousted as president of Côte d’Ivoire after refusing to admit his defeat in long-delayed elections, will be the first current or former head of state to be tried by the International Criminal Court (ICC), which took custody of him last week. The international community’s success in uniting to help remove Gbagbo and transfer him to the ICC should give other leaders pause before they defy election results and attempt to cling to power through brute force. 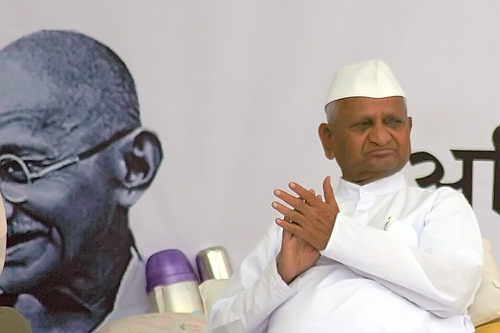 Indian civil society’s war against corruption: What began as the campaign of one man, Anna Hazare, quickly grew into a nationwide, grassroots movement against the corruption that plagues one of the world’s most important democracies. Hazare has pledged to engage in hunger strikes until Parliament passes legislation creating an independent anticorruption body with sufficient power to hold senior officials accountable.

Signs of reform in Burma: The new, nominally civilian government in Burma, long considered by Freedom House to be one of the world’s worst human rights abusers, has engaged in limited releases of political prisoners and allowed the opposition National League for Democracy (NLD) to register as an official party, meaning NLD leader Aung San Suu Kyi—a Nobel laureate and this year’s Freedom Award winner—will be permitted to run in upcoming by-elections. More than 1,000 political prisoners are still incarcerated, and the military’s brutal conflicts with ethnic minority groups have escalated in recent months, but the small steps toward democratic reform to date represent at least the possibility of real change where before there was only rigidity and repression. 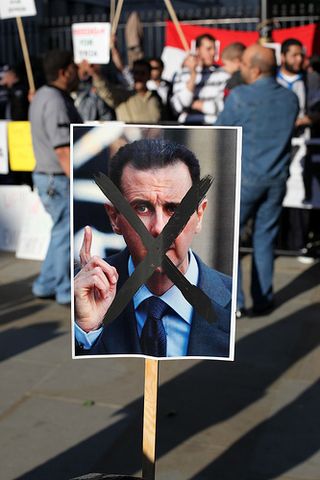 Arab League does the right thing on Syria: In November, the Arab League took the unprecedented step of suspending Syria’s membership and voted to impose strong sanctions as the government of President Bashar al-Assad continued in its bloody, months-long assault on peaceful protesters. Combined with its action on Libya during the year, these moves suggest a major change in attitude at the league, which bodes well for human rights and democracy across the region.

Pakistan’s deadly impunity: Lawlessness and impunity continued to ravage Pakistan this year, particularly when it came to crimes against perceived enemies of the security services or Islam. Three glaring examples were the unsolved torture and murder of journalist Saleem Shazad, who had published an article on alleged ties between jihadists and the military, and the assassinations of Punjab governor Salman Taseer and minorities minister Shahbaz Bhatti, both of whom were outspoken opponents of the country’s blasphemy law, which allows for the death penalty. Taseer’s murderer, one of his bodyguards, was hailed as a hero by many Pakistanis. 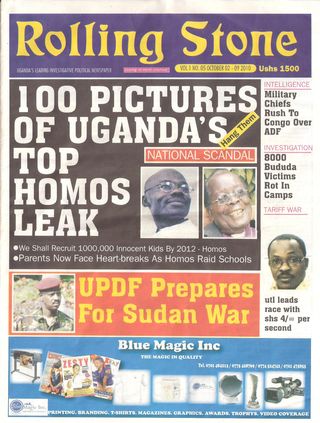 Africa’s LGBT problem: Homosexuality is considered illegal in nearly two-thirds of sub-Saharan Africa, and there is a high rate of impunity for attacks against homosexuals. In January of this year, prominent gay activist David Kato was brutally murdered in Uganda, just months after a newspaper in Kampala published his name and photograph, along with those of 19 other homosexuals, under a banner headline that read “Hang Them.” Kato’s killer was recently convicted and sentenced to 30 years in prison, but a bill that makes some homosexual acts punishable by death has been held back in the parliament only under strong international pressure. Nigeria’s Senate recently passed similar legislation, and there are signs that the situation is worsening in other parts of Africa. 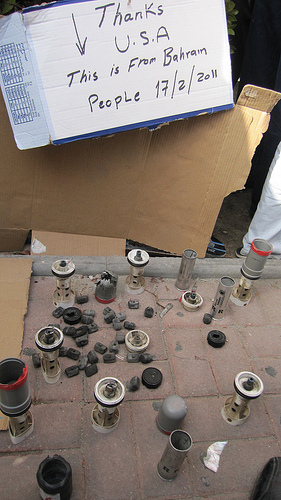 The international community’s abandonment of Bahrain: Despite the concerted international action to protect peaceful protesters in other parts of the Arab world, there have been no UN resolutions or sanctions on Bahrain , where protesters’ calls for political reform have been met with excessive force, torture, extrajudicial killings, and the targeting of medical professionals who treat injured demonstrators. The only significant outside intervention has come from Saudi Arabia, which sent troops into the country to bolster the government’s crackdown. The United States, one of Bahrain’s closest allies, has shown tepid opposition to the more egregious violations, but mostly looked the other way, even announcing a $53 million arms sale to the country. 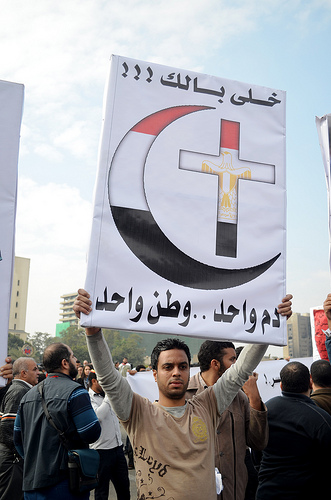 Massacre of Coptic Christians in Egypt: There have been massive human rights violations in Egypt throughout 2011, both before and after the ouster of longtime president Hosni Mubarak in February. But one of the most brutal and indefensible moments came in October, when a lethal attack on protesters in Maspero, Cairo, resulted in the deaths of 27 people, most of them Coptic Christians, and injuries to as many as 300 others. According to witnesses, during clashes that erupted as the group protested earlier attacks on Coptic churches and Christian citizens, the military used armored vehicles to plow into crowds of protesters. Meanwhile, state media incited further anti-Christian violence by calling for the public to protect the military from demonstrators. The incident highlighted the flawed institutions Mubarak left behind, and raised fears that ethnic differences could be exploited to derail democratic progress in Egypt and elsewhere. 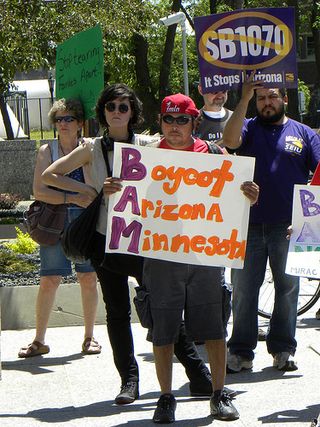 U.S. immigration laws: Laws passed separately in states including Arizona, Alabama, and Georgia with the aim of cracking down on illegal immigration have raised concerns about racial profiling; violations of the civil liberties of U.S. citizens and legal residents; and the alienation of minority communities from their local governments and police forces. Larger states like Texas and California are considering similar measures. Provisions in these bills allow police to ask for proof of immigration status during routine interactions like traffic stops, and people without adequate proof may be arrested. Some bills even require children enrolled in public schools to provide proof of legal status, or impose criminal penalties on those who fail to help enforce the new rules. These laws are in part a response to the federal government’s inability to reform problematic, inconsistently enforced immigration laws at the national level.