Do’s and Don’t’s on Belarus

Never before has Belarusian leader Aleksandr Lukashenka faced an economic crisis in his country like the one he bears responsibility for today, with a collapsing currency, severe shortages, and dwindling hard currency reserves. Never before has he been under more pressure from the European Union and United States through sanctions for his human rights abuses and from Russia through its cut-off of subsidies. Together, these unprecedented developments are leading some observers to suggest that Lukashenka’s days might be numbered.

Lukashenka’s departure would free the people of Belarus from Europe’s last dictator and lead to positive engagement from Europe and the West.  To facilitate Lukashenka’s demise, here are ten things the West should do and ten it should avoid – ten do’s and don’t’s: 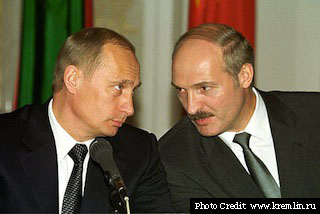 1)  DO understand that Lukashenka is a threat to the decades-long vision of a Europe whole, free, and at peace; to the people of Belarus who have suffered 17 years under his abusive rule; and to peace generally through his arms sales to rogue regimes.  At the same time, do NOT worry about isolating Belarus; through his actions, Lukashenka has already turned Belarus into a pariah state.

2) DO maintain unrelenting pressure on his regime through economic sanctions to force the release and full rehabilitation of political prisoners; it is the only way to win their freedom. At the same time, do NOT worry about pushing Belarus toward Russia; indeed stop viewing Belarus through a Russian prism; doing so plays into Lukashenka’s hands.

3) DO insist on the unconditional release of all political prisoners; a dozen such prisoners remain in Belarusian prison (the number changes depending on arrests and releases) and even those who have been released have not had their civil rights restored (another condition Lukashenka must satisfy).  Do NOT even talk about engaging the regime as long as one political prisoner still languishes in jail – and even then recognize that Lukashenka will not lead Belarus toward Europe.

4)  DO raise questions about Lukashenka’s legitimacy as leader, especially since the United States did not recognize as legitimate the results of last December 19’s rigged presidential election. On the flip side, do NOT abide by longstanding agreements with his regime that involve exchange of sensitive information that Lukashenka then uses against his opponents (as Poland and Lithuania did in transferring sensitive banking information of a leading Belarusian human rights activist); moreover, do NOT adopt a business-as-usual approach to Lukashenka now and in the future.

5) DO engage more with Belarusian civil society and the opposition; already the European Union and member states have done a lot on this score, but more can and should be done. On the other hand, do NOT invite Lukashenka’s representatives like Foreign Minister Serhei Martynov to European Partnership meetings, as was done recently. This lends credibility to Lukashenka’s illegitimate regime and undermines attempts to pressure him.

6) DO add Martynov to the visa ban list so that he no longer can peddle the lies of the Lukashenka regime. For European officials, do NOT keep going to Minsk thinking that you can persuade Lukashenka to do the right thing.

7) DO question any major privatizations which Lukashenka might launch to find desperately needed money to prop up his failing system; instead, DO impose sanctions on more state-owned enterprises, driving down their attractiveness to prospective buyers. Do NOT allow the International Monetary Fund to offer Lukashenka a lifeline by extending any assistance. This simply would be a betrayal of Belarus’s opposition and civil society.

8) DO prepare for a post-Lukashenka Belarus and recognize that the very idea of talking about such a future will take on a life of its own. At the same time, do NOT force artificial unity among the opposition. Having the opposition forces united would represent something positive, but unity is not necessary to bring down Lukashenka.

9) DO encourage defections among Belarus’s diplomatic community and even within the regime. Do NOT rule out turmoil within the ruling circle, for there are clear indications that some officials see that the current political system is not sustainable, and they may be looking for a way out.

10) DO recognize that with an unprecedented economic crisis, there is no greater opportunity than right now to facilitate change in Belarus and bring about the end of Europe’s last dictatorship. Do NOT assume that Lukashenka will survive and be in power forever. After all, as Tunisians, Egyptians and Libyans demonstrated, the Ben-Alis, Mubaraks, and Qaddafis of the world are not destined to rule forever, and the same applies to Belarus and Lukashenka.