Freedom Futbol: What If The Next 8 World Cup Match-Ups Were Decided By Freedom Scores? | Freedom House
Skip to main content

Home » News » Blog » Freedom Futbol: What If The Next 8 World Cup Match-Ups Were Decided By Freedom Scores?

Freedom Futbol: What If The Next 8 World Cup Match-Ups Were Decided By Freedom Scores?

As World Cup soccer kicks off the first knockout stage on June 28, Freedom House takes a look at how teams stack up based on their countries’ freedom scores, as measured in Freedom House’s Freedom in the World index. Costa Rica would advance—to possibly win it all?—while Switzerland and Chile would send Argentina and Brazil packing in the first round of elimination play.

How would your team fare? 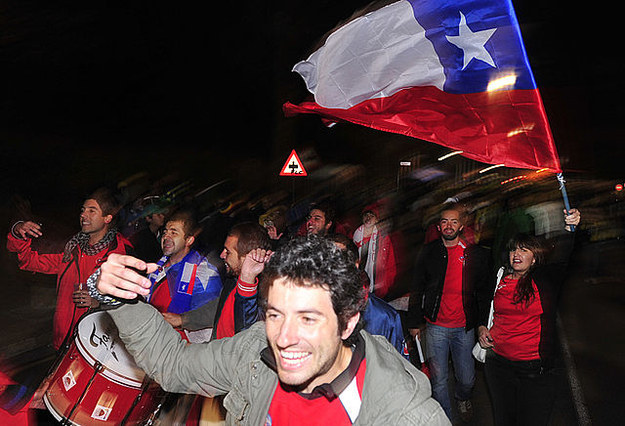 Winner: Chile
…but it would be a close game 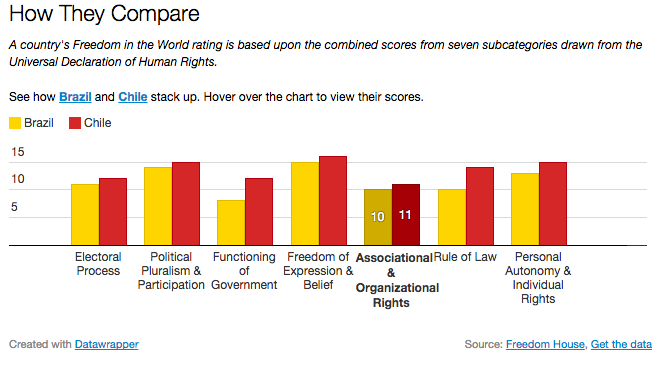 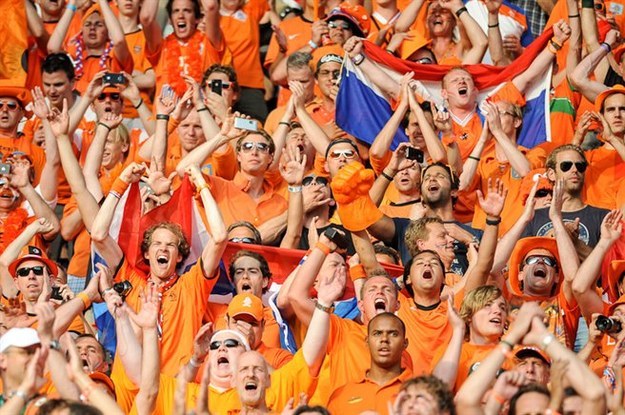 Winner: Netherlands
…and the Dutch would win handily 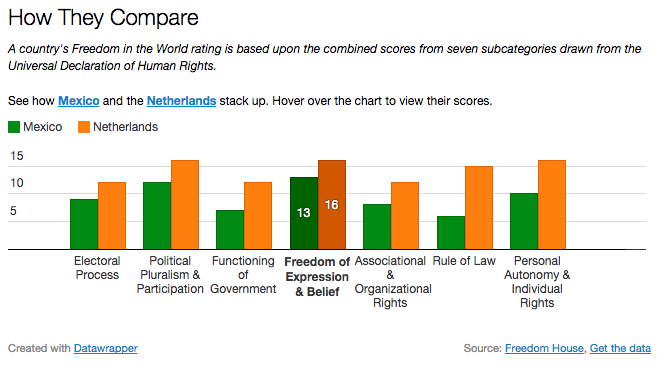 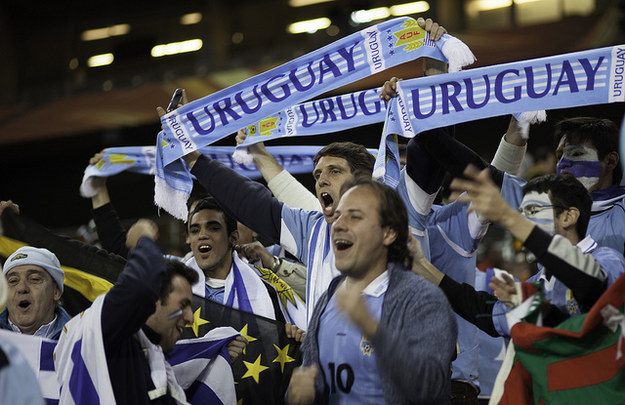 Winner: Uruguay
…..they would breeze past Colombia 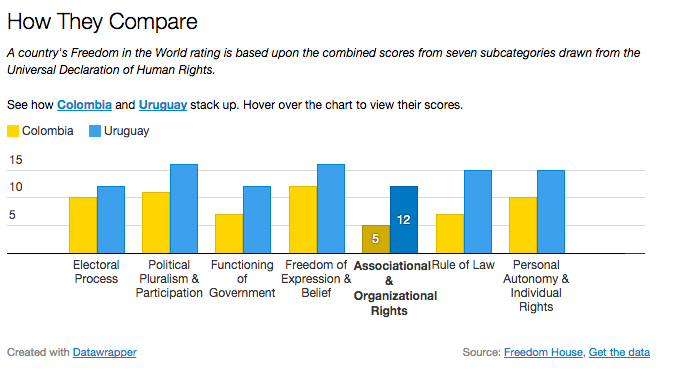 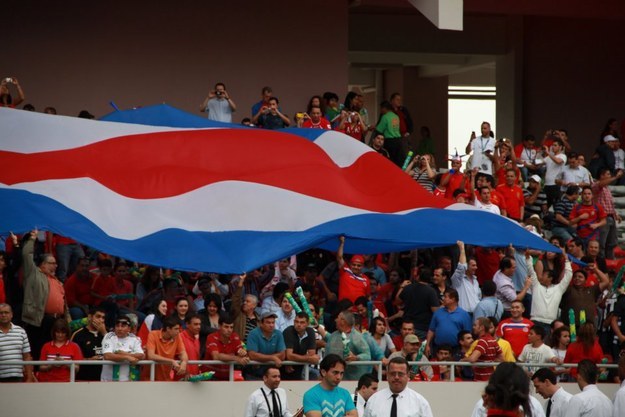 Winner: Costa Rica
…but Greece would have a good showing 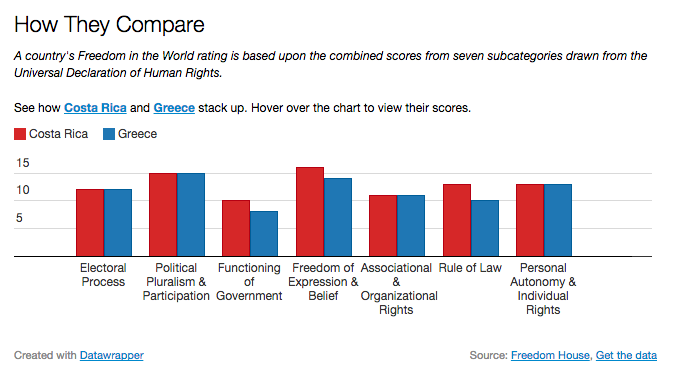 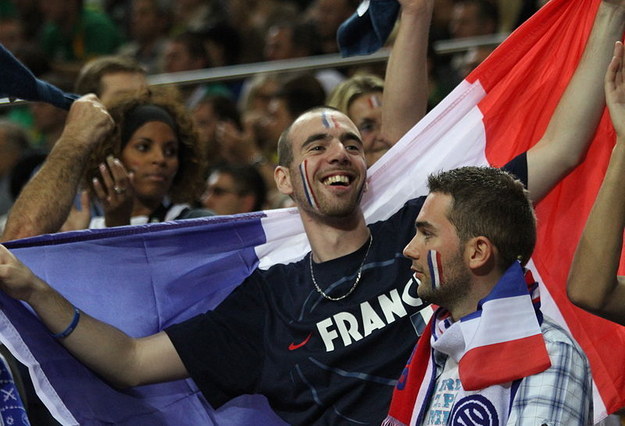 Winner: France
….it wouldn’t even be close 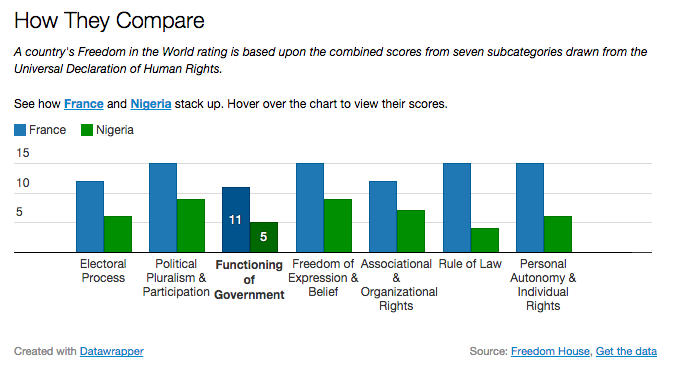 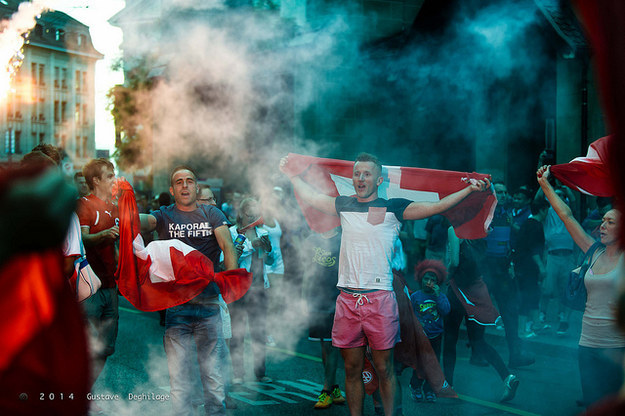 Winner: Switzerland
…an exciting game, but the Swiss would take home the win 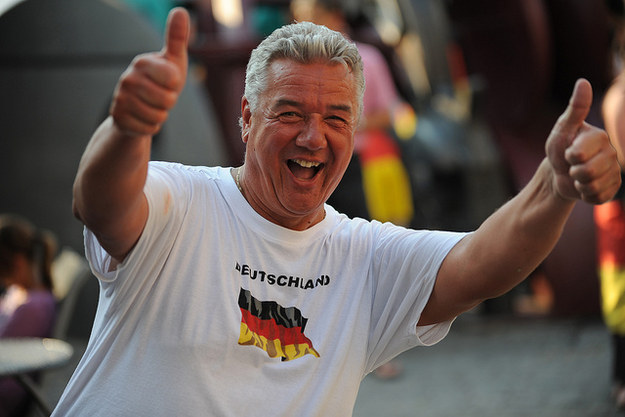 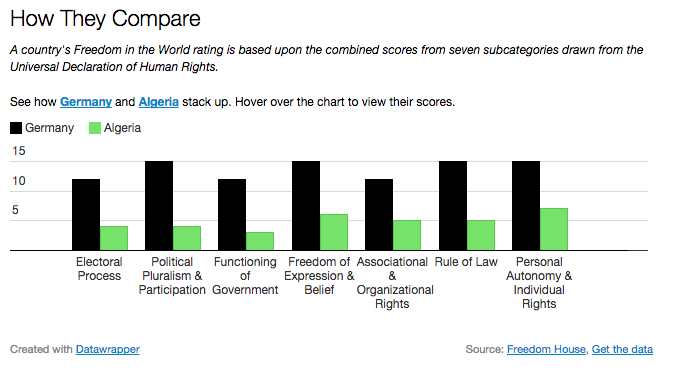 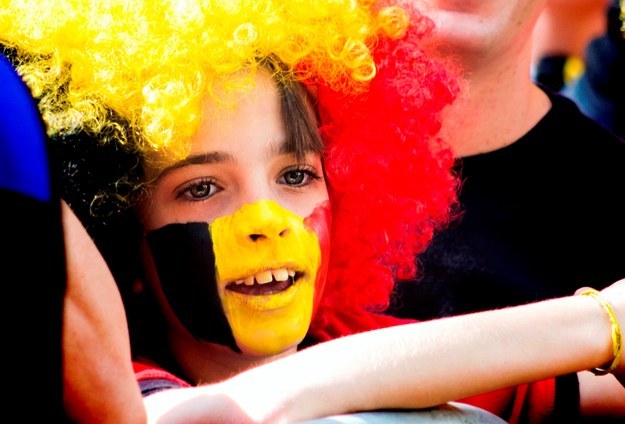 Winner: Belgium
….the closest match-up in the round of 16 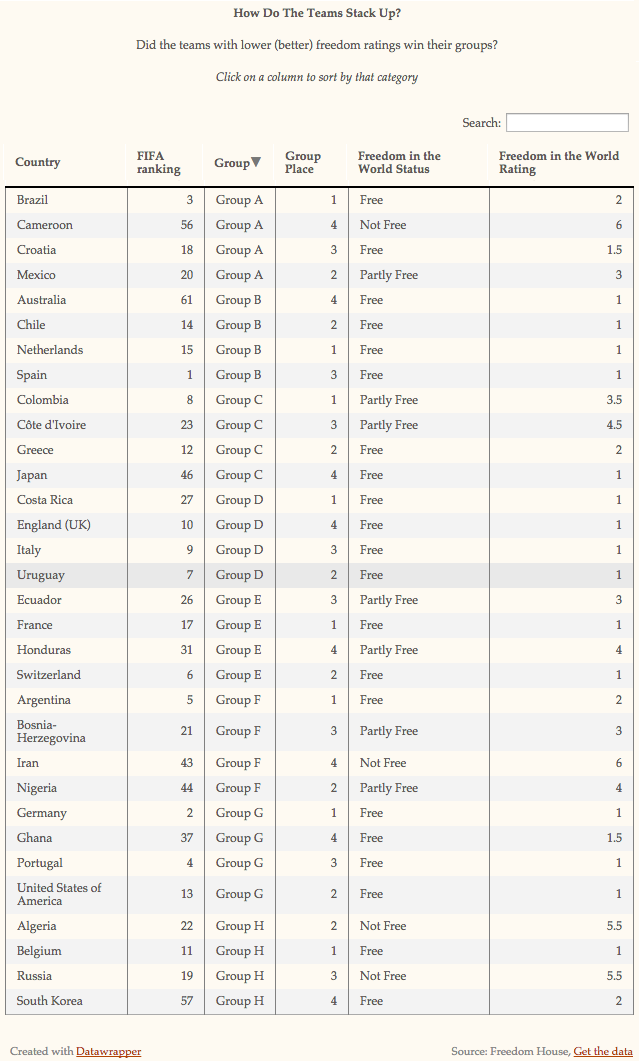 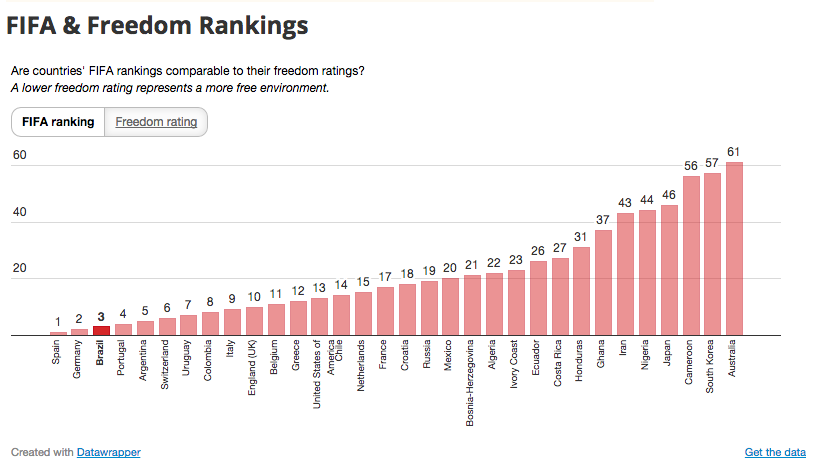