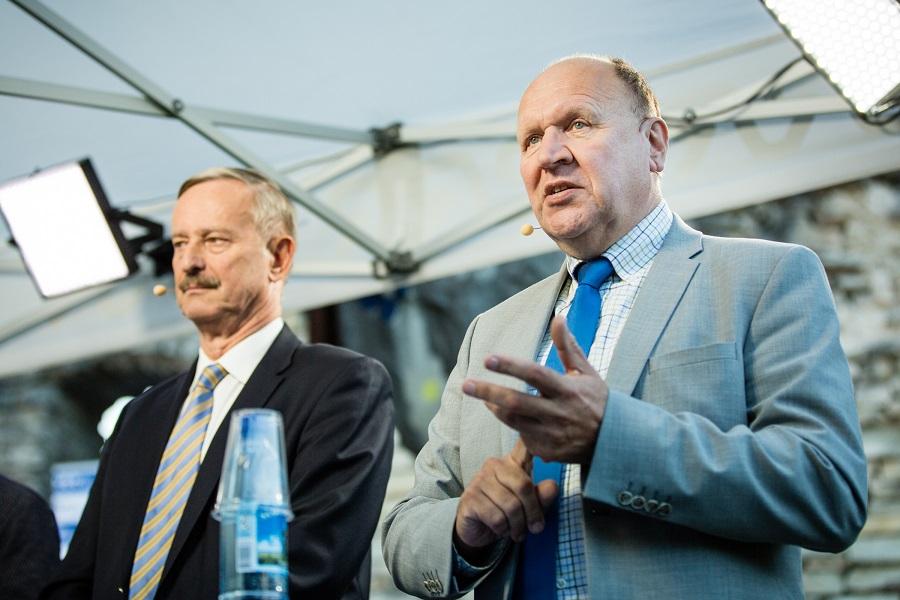 Professor Vello Pettai answers questions about the rise of the ultranationalist party EKRE.

The far-right Conservative People’s Party of Estonia (EKRE) tripled its share of seats in March parliamentary elections, winning a place in the new governing coalition the following month. Many observers were shocked by its sudden gains in a country long seen as a bastion of liberal values and strong support for European integration.

In the interview below, Freedom House’s Arch Puddington asks Vello Pettai, professor of comparative politics at the University of Tartu, about the reasons behind EKRE’s victory and its implications for democracy in Estonia.

Estonia has a reputation for political stability, liberal policies, and a forward-looking economy. How do you explain the success of EKRE, which campaigned on opposition to migrants, multiculturalism, gay marriage, and feminism?

As with a lot of the frameworks seeking to explain the rise of right-wing radicalism in the world today, I would say that there are both long- and short-term factors in play. Among the long-term issues is the fact that around 2011, Estonia lost its major rural party, the People’s Union, through a series of political corruption scandals. This left a fairly sizeable part of the electorate (15 to 20 percent) without much representation. Moreover, this portion of the electorate was fairly conservative on many social issues, though desirous of more government support for areas outside major cities (i.e., right-wing social welfarism). So we have had an important structural shift in the Estonian party system.

The short-term explanatory factor was that Mart Helme, his son Martin, and a surrounding coterie of other ultranationalists were able to skillfully exploit this vacuum, turning the rump of the People’s Union into EKRE and proffering a new conservative message on steroids. The party offered lower taxes, increased government spending, anti-immigrant rhetoric, pro-family traditionalism, and EU-vigilant policies. This brought the party 8 percent of the vote in 2015 and 18 percent in 2019.

However, what is important to remember is that there’s a second level to this phenomenon as well, which was the decision by Prime Minister Jüri Ratas to subvert the conventional parliamentary process after the March 2019 elections and begin talks with EKRE on forming a government, even though his Centre Party came in second, behind the liberal, pro-EU Reform Party. Without that move, EKRE would have continued to be in the opposition, and there would not be so much tumult. Some people have argued that sometimes the best way of dealing with right-wing forces is to let them be in government for a while, where they will eventually discredit themselves. This seems to be the experiment Estonia is trying. In the meantime, as prominent Estonian journalist Toomas Sildam put it, it will be a roller-coaster ride.

Estonia is home to a tiny number of migrants and refugees, yet the antimigrant theme put forward by EKRE seems to have a found a sizeable audience. What’s going on here?

Yes, EKRE put forth images of Estonia being flooded by refugees and immigrants, when in fact very small numbers of people have actually been resettled in Estonia. However, this was not their only message. And the immigration issue itself was often framed less by racism than with an anti-Brussels tinge, since it was the EU that was pushing settlement quotas onto the individual member states. In other words, the immigration issue fed into a broader anti-EU narrative.

Additionally, one of the sensitivities here is that government officials often try to resettle refugees in smaller towns and cities—areas that have already suffered from considerable depopulation over the last decade. So the irony is that we might think such regions should be happy to get more people back into the area. However, the cultural differences make many local people see a situation in which lots of Estonians have left, and now the government (and/or Brussels) is trying to resettle the land with foreigners. This is dry kindling for right-wing populists.

Since joining NATO and the EU, Estonia has pressed its European partners to fulfill their obligations to defend the Baltic countries and others menaced by Russia. Might the rise in an aggressively anti-EU party complicate Estonia’s ability to make the case for European solidarity in security matters?

Yes, this backlash has already begun to happen, with Estonia’s EKRE-appointed finance minister recently attempting to unilaterally block an EU consensus on reforming bank-bailout legislation, until Prime Minister Ratas personally intervened. That said, Estonia’s foreign and defense ministers are both very respected professionals. And Estonia’s president, Kersti Kaljulaid, has taken many public steps to assure the international community that Estonia remains an ally committed to European security and solidarity. Estonia’s defense spending remains at NATO-prescribed levels, and its participation in the EU’s common foreign and security policy has not changed.

Even as Moscow has at times used intimidation in its relations with Estonia, relations between ethnic Estonians and ethnic Russians in the country have improved over the years. Does the inclusion of EKRE in the new government pose a threat to relations between the two communities?

In the short term, probably not. While EKRE leaders have characterized Russians in Estonia as being a potential fifth column, the party has not talked about taking any overt steps against them. The danger of a deterioration in the situation is more indirect: ever since Jüri Ratas made this decision to form a government with EKRE, support for his own Centre Party has plummeted, because many Russian-speaking voters, who formed the backbone of the party, were alienated by the move. This means that pressure will build for someone to form a Russian-speaking party to capture these voters, and this could then polarize the party system more. (Hitherto Estonia has not had an established ethnic minority party, and instead has succeeded in integrating most Russian community leaders into Estonian parties like the Centre Party or the Social Democrats.)

From which social groups does EKRE draw its support?

Exit polls and voting patterns show that EKRE draws its support from rural areas, where the party’s message of anti-immigrant feeling and greater government support work well. The antielite rhetoric of EKRE also works well among people who feel that Estonia’s success story has largely been driven by urban liberals and business magnates. That said, during the elections in March, the party also performed very well in large cities like Pärnu and Tartu.

Will ultranationalism now embed itself as a permanent force in Estonian politics?

To some extent, yes. But the problem will be a broader one, and will depend not only on how mainstream Estonian politicians perform, but also on how the EU develops over the next three to four years. If the EU can find a new even keel to sail on, I think this will go some way toward dampening the populist wave. Also, people will eventually become weary of the populist rage and hyperbole. One sees this already in other countries. Nonetheless, some of the urban-rural disparities in Estonia will need to be addressed.