Home » News » Blog » Rulers Who Use the Social Media They Ban

Rulers Who Use the Social Media They Ban

Iran’s rulers have actively used social media for international diplomacy and even for messages aimed primarily at a domestic audience. The latter is surprising, given that the government officially blocks access to such online platforms for its citizens. Jack Dorsey, founder and chairman of Twitter, publicly called out President Hassan Rouhani for using the popular microblogging service despite the fact that it is banned inside Iran.

@HassanRouhani Good evening, President. Are citizens of Iran able to read your tweets?

Evening, @Jack. As I told @camanpour, my efforts geared 2 ensure my ppl'll comfortably b able 2 access all info globally as is their #right.

However, Iran isn’t the only country that has drawn criticism for such hypocrisy. Here are five other countries—rated Partly Free or Not Free in Freedom House’s 2013 Freedom on the Net report—whose leaders contradict their own policies and practices on restricting social media.

Since coming to power in 2008, President Raúl Castro has continued his brother Fidel’s record of restricting freedom of expression. Social media applications, such as Twitter and Facebook, are largely inaccessible for everyday internet users in Cuba due to keyword filtering and blocking. However, Raul Castro, his daughter Mariela, and the government of Cuba have all made use of Twitter to promote the authorities’ interests. Mariela has even engaged in Twitter arguments with Cuban dissidents such as Yoani Sánchez, a well-known blogger and outspoken critic of the Castro regime.

Sheikh Mohammed bin Rashid al-Maktoum, the ruler of Dubai and the Emirates’ prime minister and vice president, is an active Twitter, Facebook, and YouTube user. The freedom to use social media, however, does not extend to all Emiratis. Under a 2012 cybercrime law that features vaguely defined offenses and harsh penalties, 29-year-old U.S. citizen Shezanne Cassim and a group of his friends were arrested last year and sent to a maximum-security prison for creating and posting a mockumentary video about wealthy Dubai teenagers trying to adopt gangster personas. Cassim and his friends were sentenced for endangering national security and defaming the country’s image abroad. Cassim eventually was allowed to return to the United States after serving nine months in prison and paying a fine of approximately $2,700.

The Armenian lobby is our main enemy and we are the main enemy for them.

President Ilham Aliyev has actively used Twitter to rant against neighboring Armenia. “Our main enemy is the Armenian lobby … Armenia as a country is of no value. It is actually a colony, an outpost run from abroad, a territory artificially created on ancient Azerbaijani lands,” Aliyev wrote in a series of tweets. Yet the Azerbaijani government, especially in the wake of the Arab Spring, has grown skeptical of its citizens’ use of social media. Officials instituted a campaign to dissuade Azerbaijanis from using such services by linking them to mental illness and treason. At the same time, the government has coerced students into “liking” government policies on Facebook, and has not so subtly urged them to cease support for antigovernment movements online. 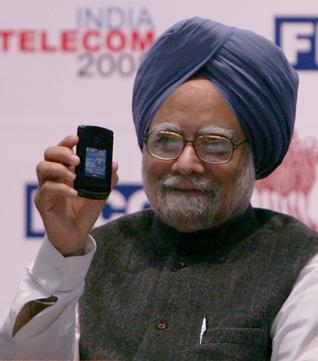 Prime Minister Manmohan Singh is an active Twitter user, but in India, the largest democracy in the world, speaking out on social media can lead to imprisonment. The country’s Information Technology Act, originally passed in 2000, was amended in 2008 to include Section 66A, which allows punitive measures to be taken against anyone who posts “offensive” messages on online communication services. At least a dozen people have been charged under the statute, including 21-year-old Shaheen Dhada, who used Facebook in 2012 to criticize a municipal shutdown marking the death of a controversial politician, and her friend Rinu Srinivasan, who was arrested simply for “liking” Shaheen’s status update. Charges against the two young women were eventually dropped following a public outcry. 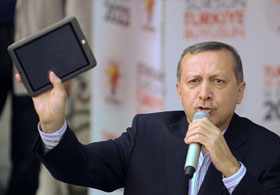 Despite his active presence on Twitter, Prime Minister Recep Tayyip Erdoğan has been a driving force behind the parliament’s efforts to silence opposition voices on the internet. This past month, lawmakers passed a bill allowing Turkey’s telecommunication authority to block any website without a court order. According to Google’s 2013 transparency report, the Turkish government made the most takedown requests of any country, with over 1,673 requests for the removal of over 12,000 items. Erdoğan has expressed his displeasure with social media, calling Twitter a “menace” and blaming it and other online platforms for stoking antigovernment protests. The Turkish authorities not only censor the internet, but have also punished those who express themselves online. Last April, a court sentenced Fazıl Say, an outspoken atheist and world-renowned pianist, to a suspended 10-month jail term for insulting Islam on Twitter. And earlier this month, Mahir Zeynalov, an Azerbaijani correspondent and blogger for Today’s Zaman in Turkey, was deported for tweets that were deemed critical of the government.

As internet penetration rates continue to grow around the world, so too do the misgivings of political leaders who would prefer to do all the talking and force citizens to do all the listening. Social media are important tools for democratization because they allow ordinary people and civil society to talk back. The international community cannot allow hypocritical bans on these platforms to continue. Business leaders in particular must take a stand on the issue. Facebook, Google, and other web-based services working in countries where free expression is under threat should follow Jack Dorsey’s lead in pressing governments to respect their citizens’ fundamental freedoms online. They should also push their own governments to do the same.