Will winds of change sweep Cuba?

President Raúl Castro introduced market reforms in Cuba earlier this year to preserve, not dismantle, the communist system. He retains a tight grip on power and seems intent on pursuing a Chinese model of market economics combined with political repression. The reforms have, however, brought about a significant change in attitudes in Cuba, according to a recent Freedom House survey. Optimism is growing, expectations are rising, and Cubans want more freedom. Will the Chinese model work in Cuba? 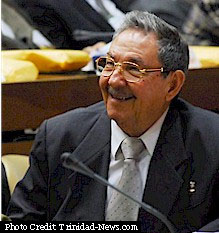 The government shows no intention of opening up the political system. At the Communist Party congress in April, when Castro welcomed a “new generation” of leaders, they were led by revolution-era geriatrics like himself. Political repression meanwhile remains intense. The heavy-handed response last week to a gathering of the dissident Ladies in White was typical. Twenty members of the group, which advocates on behalf of political prisoners, were detained on their way to a meeting to discuss the organization’s future following the death of its leader, Laura Pollán.

Repression is also evident in the Cuban government’s control over the media. Only 8 percent of the respondents to Freedom House’s survey get their news from independent sources; 92 percent still rely on state sources. These state media keep Cubans in the dark about major international events. While four in five respondents had heard about the economic reforms in Cuba, awareness of the Arab Spring was very limited. Only 40 percent knew what happened to Egypt’s leaders, and only 36 percent knew what started the revolution in Tunisia.

Although Cuba remains among the most repressive places on earth, Raúl Castro’s economic reforms are driving larger changes, which seem likely to gain momentum. While most Cubans expect conditions to stay the same, the percentage who expect their family’s economic situation to improve in the next year has increased to 30 percent, from 17 percent in December 2010, when Freedom House conducted its previous survey on Cuba. Unless these increased expectations are met, Cubans may grow dissatisfied quickly. Moreover, the sense of insecurity and resentment about the reforms is most pronounced among Cubans who favor the socialist economic system and form one of the government’s main bases of public support. 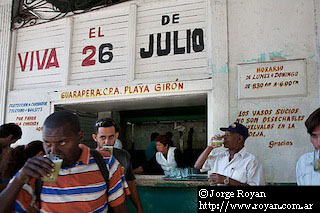 The current reforms, particularly the cuentapropista (self-employment) licenses issued for small-scale businesses, have generated a desire for further changes. Some respondents to Freedom House’s latest survey expressed interest in lower taxes, access to credit, and fewer restrictions on hiring employees, so that they could expand their businesses. Others want the Cuban government to issue licenses for professional services rather than limit them to unskilled work, such as street vending and running small restaurants. An architect interviewed by Freedom House, for example, would like a license to start a business building and selling houses.

As the economic reforms take effect, Freedom House’s survey also found a growing demand for civil liberties. When asked what reforms they would most like to see in Cuba, the largest number of respondents answered that they want increased freedom of expression and freedom to travel. By contrast, the most frequent answer to this question in the December 2010 survey was improved economic conditions. Cubans are increasingly looking beyond poor living conditions and seeking greater individual freedom.

The change in public attitudes between the two Freedom House surveys is quite striking. The December 2010 survey painted a picture of an overwhelmingly passive population. Cubans seemed to have no control over their destiny. They were simply trying to get by in tough times. The sense that emerges from the latest survey, particularly among the self-employed, is very different. Cubans now see that they can improve their lives. An economics student, for example, told a Freedom House researcher that “you should be able to get more money when you work harder,” while a businessman in Pinar del Río declared, “I am my own boss … and I earn what I want.”

More Cubans now want to work in private business than in the state sector, even though state salaries are secure and a fixed rate of taxes is imposed on private enterprises regardless of their profits. The preference for private-sector jobs suggests that many Cubans are ready to get past their dependence on the state and gain personal autonomy.

In the survey, Cubans assume that the reforms are here to stay. There is no talk about reforms being rolled back, only about further changes when the Castros pass away.

As expectations rise and interest in individual freedoms grows, Cubans may come to demand more than the modest economic reforms they are getting. While some still cling to the old system, others look forward to additional changes or a complete transformation. As a young Afro-Cuban man in Santa Clara told us, “I want the total fall of the system; I want total freedom and capitalism; ... I also want to scream in the streets what I think about the country and its politics.”