Gina S. Lentine is Senior Program Officer for Europe and Eurasia at Freedom House, where she serves as a practitioner and advocate for democratic development and human rights in Eastern Europe.

Prior to Freedom House, Ms. Lentine worked at the National Endowment for Democracy (NED), Open Society Foundations’ (OSF) Eurasia Program, the United States Holocaust Memorial Museum (USHMM), and the Międzynarodowe Centrum Kultury (International Cultural Center) in Krakow, Poland. Gina has spent significant time in Ukraine, Poland, Moldova, and Russia, and through her work and studies has worked on freedom of expression and civic space, religious freedom, nationalist movements and hate speech, and the Holocaust in Eastern Europe. Ms. Lentine holds a Master of Arts in Eurasian, Russian, and East European Studies from Georgetown University's Edmund A. Walsh School of Foreign Service and Bachelor of Arts with Honors from Wellesley College. She speaks Russian, Polish, French, and Spanish, and has a working knowledge of Ukrainian. 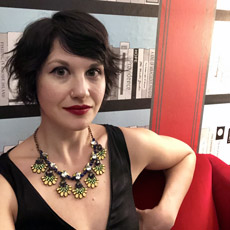 Turkey is Using Pandemic to Tighten Chokehold on Free Expression

Ukraine: Ensure Journalists’ Safety and the Public’s Right to Truth

In Occupied Crimea, New Echoes of a Dark Past

After a Year of Scandal and Gridlock, Moldova Needs More Than New Elections

Moldovans Settle In for a Standoff with Corruption