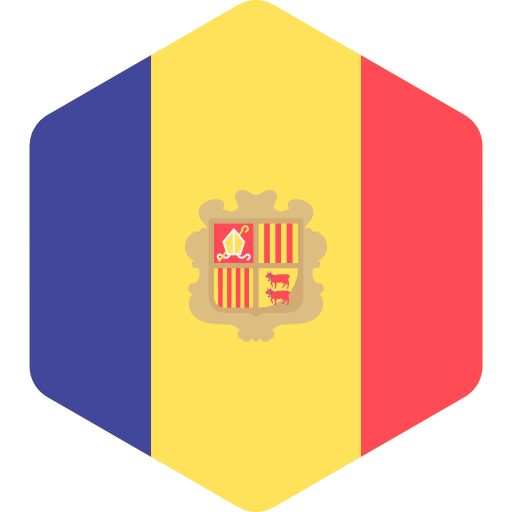 Andorra has a parliamentary system of government and regularly holds free and fair elections. However, the country has strict naturalization criteria, and more than 50 percent of the population consists of noncitizens who do not have the right to vote. Political rights and civil liberties are generally respected and safeguarded. However, domestic violence is a problem, the country is not fully compliant with international standards on accessibility for disabled people, and there is a notable wage gap between men and women. The small Muslim and Jewish communities lack dedicated cemeteries, and the country has no recognized mosque.

Members of the unicameral, 28-member Consell General are directly elected every four years through a mixed voting system. The most recent elections occurred in March 2015. The DA won 15 seats, followed by the Liberal Party of Andorra (PLA) with 8, an independent coalition with 3, and the Social Democracy and Progress party (SDP) with 2. International observers deemed the polls competitive, credible, and generally well administered. The next parliamentary elections are scheduled for April 2019.

The Electoral Law, which was last changed in 2014 to introduce regulations on campaign finance, provides a sound framework for free and fair elections. The Electoral Board supervises elections impartially.

B1. Do the people have the right to organize in different political parties or other competitive political groupings of their choice, and is the system free of undue obstacles to the rise and fall of these competing parties or groupings? 4 / 4

Political parties may form and operate freely, and there are a number of active parties in Andorra.

There are no restrictions preventing the opposition from increasing its support through elections. Multiple opposition parties are currently represented in the Consell General.

There are no powerful groups without democratic legitimacy that influence or limit the people’s political choices.

More than 50 percent of the population consists of noncitizens who do not have the right to vote in national elections or run for elected office. Under Andorra’s restrictive naturalization criteria, one must marry a resident Andorran or live in the country for more than 20 years to qualify for citizenship. Prospective citizens are also required to learn Catalan, the national language.

There are no specific policies to encourage the political participation of women, but women are active in politics, and hold 36 percent of seats in the legislature.

The elected government and parliament exercise their powers without undue restraints from nonelected or nonstate actors, and freely determine the policies of the government.

Government corruption is not viewed as a pressing issue in Andorra.

Significant progress was made to address concerns raised in a 2011 report by the Council of Europe’s Group of States against Corruption (GRECO) about Andorra’s laws concerning bribery and campaign finance. In a 2017 progress report, GRECO notes that eighteen of the twenty recommendations have now been satisfactorily implemented.

Authorities have continued making efforts to address longstanding concerns about abuse of the country’s banking system. A law renouncing banking secrecy entered into force at the start of 2018. The bill was passed in 2016 and brings Andorra into line with European standards by mandating certain disclosures of information about accounts held by nonresidents.

No law exists to provide public access to government information. However, the government weekly publishes its main actions in a bulletin, which is accessible online.

There are a number of daily and weekly newspapers, and one Andorran television station, operated by the public broadcaster Ràdio i Televisió d’Andorra. Business, political, and religious interests heavily influence media coverage. Reporting on the activities of Andorra’s banks is particularly difficult.

D2.      Are individuals free to practice and express their religious faith or nonbelief in public and private? 3 / 4 (−1)

Freedom of religion is generally respected, but the Catholic Church enjoys a privileged position that allows it to draw on some state support, and to bypass some bureaucratic processes that other faiths must adhere to.

Despite years of negotiations between the Muslim community and the government, there is no recognized mosque for the country’s roughly 2,000 Muslims. The government has organized meetings with Jewish and Muslim communities to talk about the possible construction of a special cemetery where these groups may conduct burials according to their customs and beliefs, but progress toward establishing one has stalled.

Score Change: The score declined from 4 to 3 because the government continued to block the construction of a mosque, and because Jews and Muslims do not have their own cemeteries at which they may conduct burials according to their customs.

Individuals are free to express views on sensitive subjects without fear of surveillance or retribution. Authorities are not known to illegally monitor private online communications.

Andorran law provides for freedom of assembly, and the government respects this right in practice. Demonstrations against government policy and in response to other social and political topics take place on occasion. In September 2018, a protest against Andorra’s strict antiabortion laws took place.

Various nongovernmental organizations (NGOs) are active in the country, and function without restriction. Human rights groups freely publish their findings, and sometimes cooperate with the government.

The right to unionize is protected by the law and the constitution, but the right to strike is not legally guaranteed. There are also no laws in place to penalize antiunion discrimination or regulate collective bargaining. Fear of retribution prevents many employees from openly admitting their union membership.

However, in March 2018, Andorra saw its first major strike in 85 years, when civil servants walked out on the job in protest of reforms to their contracts proposed by the Martí administration.

The judiciary is impartial and independent, and is generally free from pressure from the government.

Andorra is free from war and insurgencies, and law enforcement agents are not known to use excessive force against civilians. Prison conditions are adequate.

Discrimination against women is illegal. However, the law does not require equal pay for equal work, and the Department of Statistics has estimated that women earned 22 percent less than men for comparable work, with the discrepancy rising for work in the financial sector. The government has sought to implement pay equality for public jobs.

In 2017, the government approved a law to protect the rights of people with disabilities and provide assistance to victims of racism or discrimination. However, the country is not fully compliant with international standards on accessibility for disabled people and ensuring their entry into the workforce.

There are no restrictions on the freedom of movement, and people are generally free to change their place of employment, residence, and education.

Citizens enjoy the right to own property and establish businesses.

G3.      Do individuals enjoy personal social freedoms, including choice of marriage partner and size of family, protection from domestic violence, and control over appearance? 3 / 4 (−1)

Andorra remains one of the few countries in Europe where abortion is illegal, and women can serve jail time for undergoing the procedure. However, abortion remains relatively accessible in neighboring France and Spain.

A bill providing for civil unions between same-sex couples was ratified in 2014, but same-sex marriage is banned.

Score Change: The score declined from 4 to 3 due the persistence of restrictions on personal social freedoms, including a ban on same-sex marriage.

Andorran laws provide protections for most workers, including migrant workers. However, temporary workers are in a precarious position, as they must leave the country when their employment contract expires, leaving those with expired contracts vulnerable to potential abuse by employers. The Labor Inspections Office is proactive in addressing cases of violations of workers’ rights.

In July 2018 a well-publicized labor abuse scandal unfolded, involving an Andorran company that had hired three Colombian employees without residence and work permits. The employees, who said their wages went unpaid and that labor conditions were inadequate, were initially ordered to leave Andorra. However, the Department of Immigration later legalized their immigration status, and an investigation was initiated against the employer.

There were no confirmed reports of human trafficking in Andorra in the past year.