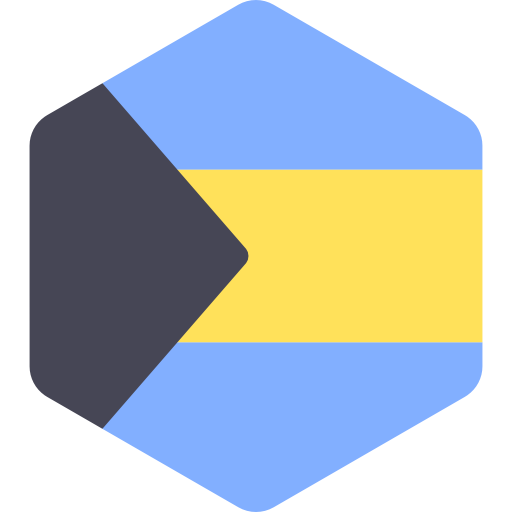 The Bahamas are a stable democracy where political rights and civil liberties are generally respected. However, the islands have a relatively high homicide rate. Harsh immigration policies, which mainly affect Haitian-Bahamians and Haitian migrants, are often executed in the absence of due process. Government corruption is a serious problem that is thought to have had significant economic consequences.

The Bahamas are governed under a parliamentary system, and a mostly ceremonial governor-general is appointed by the British monarch as head of state. The prime minister is head of government, and is appointed by the governor-general; the office is usually held by the leader of the largest party in parliament or head of a parliamentary coalition. Hubert Minnis became prime minister following the victory of his party, the Free National Movement (FNM), in the May 2017 legislative elections.

In May 2017 general elections, the ruling Progressive Liberal Party (PLP) was defeated by the FNM, which won 35 out of 39 seats in the House of Assembly; Minnis, the FNM leader, was then appointed prime minister. International monitors praised the electoral process, but expressed concern about an outdated voter registration system, and the replacement of the parliamentary commissioner—a key administrative official—and the redrawing of electoral districts just before the polls.

B. POLITICAL PLURALISM AND PARTICIPATION 16 / 16

Political parties may organize freely, and operate unhindered. However, electoral financing is not regulated, there is no legal obligation to disclose funding sources, and there are no limits on campaign spending. Observers noted that a Fiscal Responsibility Law that took effect in October 2018 lacked provisions on campaign finance and spending.

Voters and candidates are generally able to exercise their political choices freely. However, a lack of campaign finance regulations leaves open avenues for the outsized role of money in politics.

Only citizens may vote, and protracted and obscure citizenship and naturalization proceedings make achieving citizenship difficult for those born in the Bahamas to foreign parents. Though women remain underrepresented in politics, 7 out of 16 Senators are women, including both the president and vice president of the Senate.

The country’s anticorruption mechanisms are relatively weak, and there is no agency specifically empowered to handle allegations of government corruption. Rates of reporting corruption are low, as whistleblowers fear retaliation. Domestic transparency advocates have alleged that widespread government corruption has been a significant contributor to a recent economic downturn and increased tax rates.

Government procurement processes have lacked transparency, and political parties and campaigns are not required to disclose their finances. A long-awaited Freedom of Information Act was passed in February 2017 but lacked key provisions, including whistleblower protection. In June 2018, the government allocated $1 million to defray the costs of bringing the law into effect.

Legislators and other high-ranking public officials are required to disclose their income and assets under the Public Disclosure Act of 1976, but in 2018, the government did not follow through on its promise to prosecute three parliamentarians—who have become known in the media as the “disclosure three”—who failed to submit the required information. Infighting at the Bahamas Power and Light (BPL) that led to the dissolution of its board, and Oban Energies’ securing of a long-term government contract without an environmental impact statement, furthered concerns about a lack of government transparency in 2018.

A Fiscal Responsibility Law that took effect in October aims to improve transparency of public-sector spending and mandates the establishment of an independent oversight and enforcement body, among other provisions. Observers noted that the law’s efficacy will depend on authorities’ willingness to enforce it.

Press freedom in the Bahamas is constitutionally guaranteed and generally respected in practice. Libel is a criminal offense punishable by up to two years in prison, but it is rarely invoked.

The country’s privately owned newspapers and radio broadcasters freely express a variety of views, although partisanship is common in many media outlets.

People can freely express personal views in private and in public without fear of retribution or surveillance.

Freedom of association is generally protected, and there is no specific legislation governing registration procedures for nongovernmental organizations (NGOs). A variety of NGOs operate in the country.

The judicial system is headed by the Supreme Court and a court of appeals, with the additional right of appeal to the Privy Council in London under certain circumstances. The Bahamian judiciary is predominantly independent, and there have been no major reports in recent years of attempts by powerful figures to use political or other influence to secure favorable rulings.

Due process in civil and criminal matters generally prevails. However, the government only appoints counsel to defendants in capital cases, leaving some people without legal representation. While there were some examples of migrants given hearings before a magistrate ahead of the execution of a deportation order, generally migrants do not enjoy due process before detention or deportation. In 2018, the government announced it intended to amend immigration laws to make it easier to deport migrants without due process.

Homicide and violent crime rates in the Bahamas remain among the highest in the Caribbean. However, state security agents generally do not engage in the illegal use of force against civilians, and the population is not threatened by large-scale violence or insurgencies.

Prison conditions are poor, and reports of violence against prisoners by guards continue.

F4.       Do laws, policies, and practices guarantee equal treatment of various segments of the population? 2 / 4

The Constitution does not grant equal rights between men and women in the transmission of nationality to their children and spouses, effectively denying many Bahaman-born people the rights and access to services associated with citizenship.

Despite a change in government, harsh immigration policies enacted in 2014 are still in effect, and have exacerbated stigma and discrimination against the targeted populations, mainly Haitians and Haitian-Bahamians. Police actions against migrants surged after Prime Minister Minnis announced in 2017 that all irregular migrants had until the end of that year to secure legal status, or be “aggressively pursued and deported.” Individuals born in the Bahamas to foreign parents who have a constitutional right to citizenship have been removed as part of the crackdown, with at least one such case, that of Jean-Rony Jean Charles, prompting court proceedings. In January 2018, the Bahamian Supreme Court ruled that Jean Charles, a Bahamian-born man of Haitian descent who was deported to Haiti in 2017, must be permitted to return to the Bahamas and granted legal status. A government appeal of the decision was thrown out in November.

Allegations of inhumane conditions at migrant detention centers have persisted. Civil society groups have reported that individuals held at Carmichael Road Immigration Detention Center are often unable to receive family visits, and guards have forced them to pay to receive food or other supplies brought by family members. In 2018, the government acknowledged substandard conditions at the Carmichael Road Center and said regulations for detainees’ welfare had been drafted. These had not been released at year’s end.

Discrimination based on sexual orientation or gender identity is not prohibited by law, and LGBT (lesbian, gay, bisexual, and transgender) people report discrimination in employment and housing. The government has rejected proposals to address this discrimination, citing the country’s adherence to Christian values.

The freedom of movement is protected. However, the immigration policies adopted by the previous government are still enforced and have had an impact on people of Haitian descent in the exercise of their individual rights, including their ability to move freely and choose their places of employment and education.

The country has a strong private sector and the economy relies mostly on tourism and financial services. Individuals are free to establish businesses subject to legal requirements.

The ongoing immigration crackdown has seen operations to tear down shantytowns that mainly house migrants, though the Supreme Court in August 2018 ordered that the government and utility providers halt any planned service disconnections or evictions there. The stay order was in effect at year’s end, pending a review of the government’s efforts to dismantle such settlements.

The government does not place explicit restrictions on social freedoms. Violence against women, including domestic violence and marital rape, constitutes a serious issue in the country. No law permits same-sex marriage.

The Bahamas is a source, destination, and transit country for men, women, and children for forced labor and sexual exploitation. The government fully complies with minimum international standards to address the problem and has made significant efforts to prosecute traffickers. Migrant workers, many of whom arrive in the Bahamas to work in the agricultural sector and in domestic services, are particularly vulnerable to exploitation.