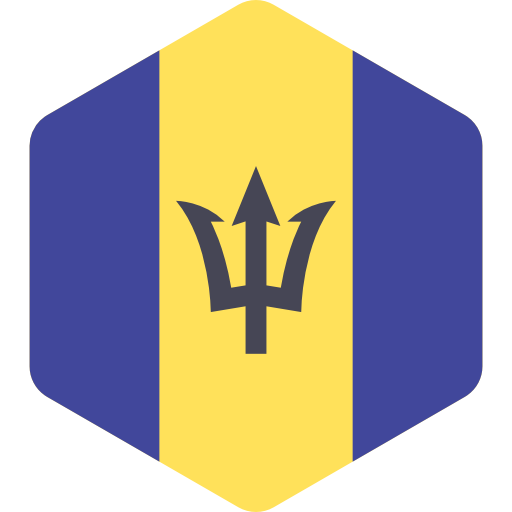 Barbados is a democracy that regularly holds competitive elections and upholds civil liberties. Challenges include official corruption and a lack of government transparency, discrimination against the LGBT (lesbian, gay, bisexual, and transgender) population, violent crime, and poverty.

The prime minister, usually the leader of the largest party in Parliament, is head of government. The British monarch is head of state, and is represented by a governor general.

Mia Mottley of the BLP was appointed prime minister after her party decisively won the May 2018 general elections, unseating the incumbent, Freundel Stuart of the DLP. The polls were regarded as competitive and credible, despite some allegations of vote buying. Dame Sandra Mason was sworn in as governor general in January.

Members of the 30-member House of Assembly, the lower house of the bicameral Parliament, are directly elected for five-year terms. The governor general appoints the 21 members of the upper house, the Senate: 12 on the advice of the prime minister, 2 on the advice of the leader of the opposition, and the remaining 7 at their own discretion. Senators serve five-year terms.

The parliamentary elections held in May 2018 were peaceful and stakeholders accepted their results. The opposition BLP took all 30 seats in the House of Assembly, in a stunning rebuke of the DLP and Stuart.

The independent Electoral and Boundaries Commission oversees elections in Barbados in a professional manner. Its five commissioners, chosen on the basis of expertise, are selected by the prime minister and the opposition for a maximum term of five years.

Political parties form and operate freely. As the 2018 general elections approached, new parties emerged to challenge the traditionally dominant BLP and DLP. These include the United Progressive Party, the Barbados Integrity Movement, and Solutions Barbados. However, the new parties failed to win any seats in the 2018 polls.

Opposition parties have a realistic chance of gaining power through elections, and power has historically rotated between the BLP and DLP. The opposition BLP’s landslide victory over the incumbent DLP in the 2018 elections highlighted the competitiveness of the political system.

Voters and candidates are generally able to express their political choices without interference from actors that are not democratically accountable.

Barbados’s population is fully enfranchised, with adult citizens, Commonwealth citizens, and foreigners with seven years’ residency able to vote. Laws protect the political rights of women, but commonly held societal attitudes can discourage women from running for office, and women actively participating in politics face marginalization. Women compose only 20 percent of the House of Assembly.

Mia Mottley became the country’s first female prime minister in 2018. During the campaign, Mottley endured a number of discriminatory attacks from some political opponents who insinuated that she is gay. Mottley’s success, despite the DLP’s appeals to anti-LGBT sentiment, was considered by some observers to be a turning point for LGBT people’s political representation; the BLP has called for greater tolerance toward LGBT people in its platform.

The prime minister and members of Parliament are largely unimpeded in their ability to craft and implement policy, notwithstanding the powerful role played by labor unions.

Barbados’s government has failed to implement key anticorruption measures, despite evidence of official corruption. The Integrity in Public Life Bill, which would strengthen protections for whistleblowers, require members of Parliament to declare their personal wealth, create a new anticorruption investigative unit, and make penalties for those convicted of corruption more severe, was unveiled in June 2018, but had not yet been passed at year’s end. Barbados has yet to sign or ratify the Inter-American Convention on Mutual Assistance in Criminal Matters, or ratify the UN Convention on Corruption. However, in January Barbados ratified the Inter-American Convention against Corruption, having signed the treaty in 2001.

Civil society groups and some individuals in the business community have continued to voice concerns about corruption in Barbados. The attorney general claimed that he discovered “startling” evidence of official corruption during his first months on the job, but no major figures in the government had been arrested or charged with corruption by the end of the year. Direct allegations of corruption are rare because potential whistleblowers are unwilling to risk costly defamation suits.

The government largely operates with openness and transparency. However, Barbados lacks key laws that would help ensure transparency—notably a long-promised Freedom of Information Act, and a measure that would require public officials to disclose income and assets. Information on the budget is difficult to obtain.

The newly elected BLP government has shown an inclination towards greater transparency. Some members of the press have praised the Mottley government for being far more communicative than the Stuart administration during its first months. The Barbados Government Information Service has dramatically improved the functionality and accuracy of its web portal, which contains information about government policies and initiatives. In June 2018, the government revealed the extent of the country’s debt burden and financial liabilities, much of which had not been disclosed by the previous government.

The media are free from censorship and government control. Newspapers, including the two major dailies, are privately owned. Four private and two government-run radio stations operate in the country. The government-owned Caribbean Broadcasting Corporation (CBC) presents a wide range of political viewpoints.

The constitution guarantees freedom of religion, which is widely respected for mainstream religious groups. However, members of Barbados’s small Rastafarian and Muslim communities have reported some discrimination.

Academic freedom is respected, though members of the government occasionally disparage academics who criticize government policy.

Freedom of speech is largely respected in Barbados, with commentators and members of the public free to express their views on most topics without encountering negative consequences.

Barbados’s legal framework guarantees freedom of assembly, which is upheld in practice. A number of protests and marches took place peacefully in 2018, including the island’s first pride parade, which was held in Bridgetown in July.

Nongovernmental organizations (NGOs) operate without restriction or surveillance. There are a number of NGOs active in the country, which primarily focus on cultural, homelessness, environmental, and women’s issues.

The right to form labor unions is respected, and unions are active and politically influential. In January 2018, the National Union of Public Workers went on strike to demand pay increases for public-sector workers.

The judiciary generally operates with independence. The Supreme Court includes a high court and a court of appeals. The Caribbean Court of Justice is the highest appellate court for Barbados.

Constitutional guarantees of due process are generally upheld. The court system continued to face excessive delays and a large case backlog in 2018, although the government took some action during the year to address the problem. In 2017, the judiciary adopted a protocol to prevent gender discrimination in the administration of justice. The protocol, drafted with UN support, is the first of its kind in the Caribbean Community (CARICOM).

Barbados is free from war and insurgencies. However, there are occasional complaints of excessive force by the Royal Barbados Police Force. There is also growing concern about gun violence, and the ability of police to address it.

The government has taken some positive steps to address prison overcrowding and abuse. In June 2018, the Caribbean Court of Justice ruled that the mandatory death penalty for those convicted of murder in Barbados was unconstitutional. However, the Senate failed to pass legislation to comply with the decision in November. The last execution in Barbados occurred in 1984.

Women compose roughly half of the country’s workforce, although they tend to earn less than men for comparable work. In 2017, legislation requiring workplaces to articulate a policy against sexual harassment was proclaimed. LGBT people face discrimination in housing, employment, and access to health care. In June 2018, LGBT activists filed a petition at the Inter-American Commission on Human Rights to challenge laws that criminalize same-sex sexual relations. The laws are largely unenforced.

Individuals in Barbados are generally free to move, live, and work across the territory as they see fit.

The legal framework generally supports property rights and private businesses activity. The government has worked to ensure a healthy environment for business and to attract domestic and foreign investment, particularly in the tourism industry.

Violence against women remains widespread, and laws addressing domestic violence are not well enforced. Reports of child abuse have increased in recent years, according to the US State Department.

Residents generally have access to economic opportunity, and the law provides some protections against exploitative labor practices. However, nearly 18 percent of the population lives in poverty.

The government has recently enacted harsher penalties for offenses related to human trafficking, and has conducted awareness trainings with government officials and NGO workers. However, there have been no prosecutions for trafficking since 2013, and government agencies that work on trafficking-related issues are poorly funded.