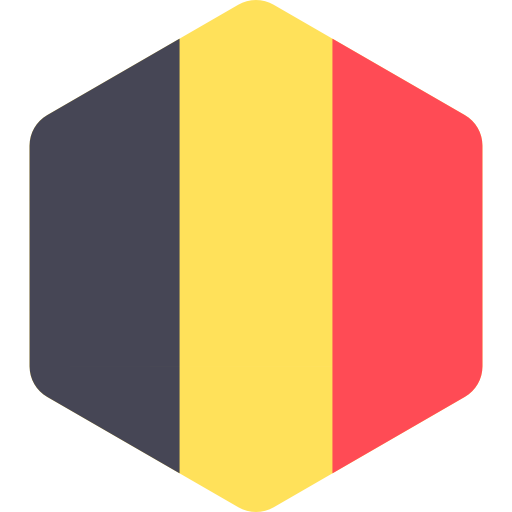 Belgium is an electoral democracy with a long record of peaceful transfers of power. Political rights and civil liberties are legally guaranteed and largely respected in practice. Major concerns in recent years have included the threat of terrorism as well as corruption scandals that have unsettled the country’s complex governing coalitions.

The Belgian monarchy is largely ceremonial, although the king retains constitutional authority to mediate during the process of government formation. The prime minister, who is the leader of the majority party or coalition, is appointed by the monarch and approved by the legislature. After the 2014 parliamentary elections, Charles Michel of the Movement for Reform (MR), a center-right Francophone party, became prime minister in a government that also included the N-VA, the Christian Democratic and Flemish (CD&V) party, and the Open Flemish Liberals and Democrats (VLD). In December 2018 the N-VA quit the Michel government over a disagreement on the approval of a UN migration pact. Michel submitted his resignation, but the king asked him to remain in place at the head of a caretaker government until federal elections scheduled for May 2019.

Belgium’s multilayered subnational administrative units have their own governments with varying degrees of autonomy. In addition to the three main geographic divisions of French-speaking Wallonia in the south, Flemish-speaking Flanders in the north, and the bilingual Brussels capital region, there are overlapping governments for the French Community, the Flemish Community, and the German-speaking community. Beneath these are provincial and various local governments.

Belgium’s Federal Parliament consists of two houses: the Chamber of Representatives and the Senate. The 150 members of the lower house are elected directly by proportional representation. The Senate is composed of 50 members selected by community and regional parliaments, and an additional 10 members chosen by the first 50 based on the results of the Chamber of Representatives elections. Members serve five-year terms in both houses, and elections are generally free and fair.

In the 2014 elections, the N-VA took 33 seats in the Chamber of Representatives, while outgoing prime minister Elio Di Rupo’s Francophone Socialist Party (PS) won 23 seats. The MR captured 20 seats, the CD&V took 18, the VLD won 14, and the Flemish Socialist Party secured 13. Several smaller parties, including the Humanist Democratic Centre (CDH) with 9, accounted for the remainder.

Municipal and provincial elections held in October 2018 resulted in victories for the N-VA in the north of the country, setbacks for the PS and MR, and related gains for the Green party and the left-wing Workers’ Party of Belgium (PTB-PVDA).

Despite the complexity of the political system, the electoral laws and framework are generally fair and impartially implemented.

The party system is robust but highly fragmented, with separate Flemish and Walloon political parties representing various positions on the left-right spectrum.

Belgium’s coalition-based politics allow individual parties to move easily in and out of government, and there is a long record of peaceful transfers of power between rival parties at the federal level. The most recent such transfer occurred after the 2014 elections, when the center-right MR captured the premiership from the left-leaning PS. The 2018 local elections showed a weakening of the federal governing parties, aside from the N-VA, whose departure from the government in December was seen as part of its preparation for the May 2019 federal elections.

The political choices of voters and candidates are generally free from undue interference.

Elected officials generally adopt and implement laws and policies without improper interference from unelected entities, though the difficulty of forming majority coalitions has sometimes disrupted governance over the past decade. The country went roughly 19 months without a government in 2010–11 due to protracted coalition talks.

Public officials can face heavy fines and up to 10 years’ imprisonment for corruption-related offenses, and enforcement of anticorruption legislation is generally adequate. However, recent scandals have drawn attention to abuses involving politicians who hold multiple positions on the boards of public and private entities, with some officials holding more than a dozen paid positions. Among other corruption and ethics cases during 2018, in June a court found that Alain Mathot, a PS member of Parliament and the mayor of Seraing, had received €700,000 in corrupt proceeds from the award of a contract for an incinerator facility. He was not immediately prosecuted due to his parliamentary immunity, but he did not run in the October local elections.

The law provides mechanisms for the public to access government information, and these procedures generally function in practice. Legislators and other high-ranking elected officials are required by law to regularly disclose their assets as well as paid or unpaid mandates, executive functions, and occupations to the Court of Audit. Information about asset declarations is not publicly accessible, but declarations of interests are published in the official government gazette.

Freedom of the press is guaranteed by the constitution and generally respected by the government, though some law enforcement actions affecting journalists have raised concerns in recent years. Belgians have access to numerous public and private media outlets that present a range of views. Internet access is unrestricted.

In June 2018, members of a television crew were arrested and temporarily detained while covering a protest against a new detention center for migrant families. At least two other journalists were reportedly detained briefly during antigovernment protests in November.

D2.      Are individuals free to practice and express their religious faith or nonbelief in public and private? 3 / 4

More than half of the country’s population identifies as Roman Catholic. Freedom of religion is generally protected, but members of minority religious groups have complained of discrimination and harassment. A ban on the partial or total covering of the face in public locations, which is understood to target ultraconservative Muslims, has been in effect since 2011. Offenders can face a fine or up to a week in jail.

The government does not restrict academic freedom. Schools are free from political indoctrination, and there are no significant impediments to scholarly research or discussion.

Private discussion is open and vibrant, and freedom of expression is guaranteed by the constitution, though there are laws banning incitement to hatred and other such offenses.

Freedom of assembly is protected by law and generally respected in practice. While most protests proceed without incident, demonstrations inspired by France’s “yellow vest” movement—which aired grievances related to unfair tax burdens, high living expenses, and perceived government neglect—descended into violence in November and December, as some protesters damaged property and threw objects at police, who responded with water cannons, tear gas, and hundreds of arrests. A December protest by far-right groups against the UN migration pact featured similar clashes with police.

Freedom of association is guaranteed by the constitution, and nongovernmental organizations operate without undue restrictions.

Workers at companies that employ more than 50 people have the right to organize and join unions and to bargain collectively. Employers found guilty of firing workers because of union activities are required to reinstate the workers or pay an indemnity. During 2018, labor unions led a number of strikes and demonstrations against the economic policies of the Michel government, especially its plans to reform the pension system.

The judiciary is independent by law and in practice, and court rulings are duly enforced by other state entities.

The judicial process generally guarantees a fair trial, and the authorities typically observe safeguards against arbitrary arrest and detention. Extraordinary security measures adopted in the period surrounding terrorist attacks in 2015 and 2016 have eased significantly in the years since, though a 2017 legal change increased the maximum length of detention in police custody without a judicial order from 24 to 48 hours.

F3.       Is there protection from the illegitimate use of physical force and freedom from war and insurgencies? 4 / 4 (+1)

Although conditions in prisons and detention centers meet most international standards, the facilities continue to suffer from overcrowding and other problematic living conditions.

There have been no major terrorist attacks in Belgium since 2016, and in January 2018 the government lowered its terrorism threat level from three to two on a four-point scale, except in undisclosed high-risk areas.

Score Change: The score improved from 3 to 4 because the threat of imminent terrorist violence apparently receded.

Antidiscrimination legislation prohibits bias and acts of hatred and incitement based on categories including gender, race, ethnicity, nationality, and sexual orientation. Nevertheless, some groups, including immigrants and Romany residents, continue to face a degree of discrimination in practice.

Legislation adopted in 2017 tightened Belgium’s asylum policies, in part by reducing the time and scope for appeals of negative asylum decisions and expanding the grounds for detention of asylum seekers. Advocacy organizations said that the changes often reduced the country’s standards to the minimum allowed by the European Union.

The law provides for freedom of domestic movement and foreign travel, and the government upholds these rights in practice. There are no restrictions on the right to change one’s place of residence, employment, or education.

There are few significant restrictions on personal social freedoms. Belgium legalized same-sex marriage in 2003, and in 2006 same-sex couples gained the right to adopt children.

Immigration has increased in recent years, but labor-market integration of non-EU immigrants and their native-born children is comparatively low. Despite government efforts to combat the problem, Belgium remains a destination country for human trafficking, particularly for sexual exploitation and domestic labor; victims generally originate in Eastern Europe, Asia, and Africa.