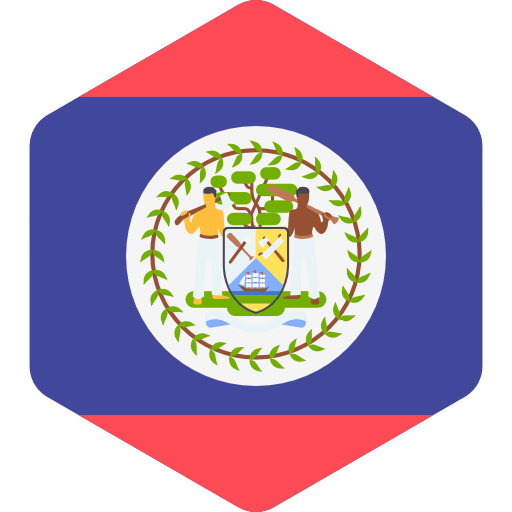 The 31 members of the House of Representatives are directly elected for five-year terms. The Senate has 12 seats. The ruling party, the opposition, and several civil associations select the senators, who are then appointed by the governor general.

B4.      Do various segments of the population (including ethnic, religious, gender, LGBT, and other relevant groups) have full political rights and electoral opportunities? 2 / 4

Women hold only two seats in the current House of Representatives and three seats in the Senate. There were 11 women candidates out of a total of 88 in the 2015 elections. However, women play a significant role in the political system more generally.

Indigenous people, particularly those of Mayan descent, are not well represented in politics. The LGBT (lesbian, gay, bisexual, and transgender) community faces discrimination, and this affects the ability of LGBT people to engage fully in political and electoral processes. A collection of religious denominations nominate one member of the Senate, but non-Christian groups are not included in the process.

C2.      Are safeguards against official corruption strong and effective? 2 / 4

Belize continues to struggle with corruption, and there is little political will to address the problem. Anticorruption laws are poorly enforced; for example, no one has ever been prosecuted under the Prevention of Corruption in Public Life Act, which has been on the books for over 20 years. Among other scandals in recent years, the Lands and Surveys Department of the Ministry of Natural Resources has been accused of illegally distributing land to UDP supporters.

The government generally operates with openness and transparency. However, while the law requires public officials to submit annual financial disclosure statements for review by the Integrity Commission, the body had been defunct for years until members were finally appointed by the ruling party and the opposition in 2017. There is little opportunity for the public to challenge the disclosures. Members of the country’s business community allege that favoritism influences the government’s awarding of licenses and public contracts.

The constitution guarantees freedom of the press, though it includes exceptions for interests such as national security, public order, and morality. While reporting generally covers a wide range of viewpoints in practice, journalists sometimes face threats, physical harassment, or assault in the course of their work. In May 2018, a state-owned telecommunications firm reportedly stopped advertising with a media group that had links to the opposition PUP.

Freedom of religion is constitutionally protected and largely respected in practice. Religious groups must register with the authorities, and foreign missionaries are required to obtain a visa and permit, but the procedures are not onerous.

Freedom of assembly is constitutionally protected, and the government generally respects this right. Protests occasionally lead to clashes with police, though no major incidents were reported during 2018.

The judiciary, though lacking in resources, is generally independent. There have been attempts by political and business interests to interfere with the composition of the judiciary. In a long-running dispute, a group of companies controlled by businessman Michael Ashcroft has attempted to have Samuel Awich removed as a judge on the Court of Appeal, Belize’s highest judicial body. In July 2018, the Caribbean Court of Justice ordered Belize’s Judicial and Legal Services Commission to review Ashroft’s complaint, reversing an earlier decision by the Court of Appeal.

Detainees and defendants are guaranteed a range of legal rights, which are mostly respected in practice. However, police have reportedly detained suspects without charge for longer than is permitted by the law, and have used the threat of extended detention to intimidate suspects. Judicial delays and a large backlog of cases contribute to the length of trials and other procedures, with many defendants spending years in pretrial detention.

Belize is free from major threats to physical security, such as war and insurgencies. The homicide rate remains high, with 143 murders recorded in 2018, for a rate of about 36 murders per 100,000 people. The problem stems from gang violence focused largely on the south side of Belize City, though some violent crime has spread to other parts of the country. In September 2018, the government declared a 30-day state of emergency in two areas of Belize City’s south side in response to an uptick in gang violence, granting police enhanced powers to arrest and detain suspects.

Discrimination against LGBT people persists. In 2016 the country’s Supreme Court struck down a portion of the criminal code that outlawed same-sex sexual activity. The government accepted the decriminalization, but in September 2017 it appealed a portion of the judgement finding that unconstitutional discrimination based on sex includes sexual orientation. Although the Roman Catholic Church appealed the entire ruling, it withdrew from the case in March 2018. The Court of Appeal had yet to rule on the government’s petition at the end of 2018.

Individuals have the right to own property and establish private businesses. However, legal regulations are at times poorly enforced. Leaders of the indigenous Maya community have alleged that their ancestral land rights are not protected, particularly with regard to oil exploration and logging activities.

Personal social freedoms are generally respected, though domestic violence remains a serious problem despite government measures to combat it. Rape, including spousal rape under some circumstances, is illegal, but reporting and conviction rates are low, and sentences are sometimes light.

Some legal protections against exploitative working conditions are respected and enforced. However, Belizean and foreign women and girls are vulnerable to sex trafficking, and migrant workers are sometimes subjected to forced labor in agriculture, fisheries, and retail businesses. In 2018, the US State Department’s Trafficking in Persons Report continued to rank Belize in its lowest tier. The report noted that the government identified some possible victims and investigated cases, but it was critical of the fact that no traffickers were prosecuted or convicted during the coverage period. The government did not target public officials involved in trafficking “despite allegations of a significant level of official complicity,” the report said.