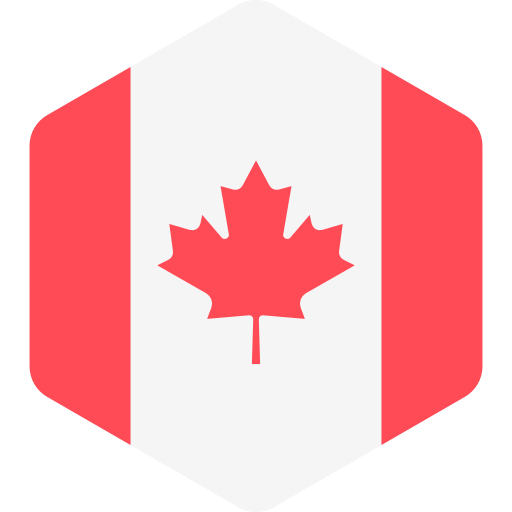 Canada has a strong history of respect for political rights and civil liberties, though recent years have seen concerns about the scope of government surveillance laws, as well as about court rulings compelling journalists to reveal their sources. While indigenous peoples and other vulnerable populations still face discrimination and other economic, social, and political challenges, the federal government has acknowledged and made some moves to address these issues.

The British monarch is head of state, represented by a ceremonial governor general who is appointed on the advice of the prime minister. The prime minister is the head of government and is designated by the general governor after elections; the office is usually held by the leader of the majority party or coalition in parliament.

The parliament consists of an elected 338-member House of Commons, and an appointed 105-member Senate. Lower-house elections are held every four years on fixed dates; early elections may be called by the governor general if the government loses a parliamentary no-confidence vote, or on the advice of the prime minister.

The most recent elections were held in 2015. The Organization for Security and Co-operation in Europe (OSCE) conducted a needs assessment mission before the election, as well as a mission during the vote. The group concluded that the elections were competitive and credible, but called for greater minority participation.

Electoral laws are generally fair and are well enforced by the relevant bodies. However, some observers have expressed concern about the 2014 Fair Elections Act, arguing that its stringent voter identification requirements place indigenous peoples at a disadvantage. In December 2018, the Liberal government passed a bill relaxing some of the criticized provisions. The new law also restricts spending by political parties and other actors during elections, gives voting rights to all Canadians living abroad, improves the privacy of voters’ information within political parties’ databases, and increases the power of the Commissioner of Elections to investigate violations of election laws. It also bans using foreign donations to run partisan campaigns and requires major online platforms, such as Facebook and Google, to create a registry of digital political advertisements.

Canadians are free to organize in different political parties, and the system is open to the rise and fall of competing parties. While two parties have traditionally dominated the political system—the Conservative Party, espousing a center-right to right-wing political position, and the Liberal Party, espousing a center to center-left position—recent years have seen the rise of new groups. A total of 23 political parties were registered in the 2015 election.

Opposition parties have a realistic chance of gaining power through elections. In 2015, the center-left New Democratic Party (NDP) lost its status as the official opposition party in the House of Commons after the vote, and the Conservatives became the dominant opposition to the Liberal government.

People’s political choices are generally free from domination by actors that are not democratically accountable.

Members of religious minorities and indigenous people are seated in the parliament, as are many women. However, their political interests are not always well represented. For example, critical issues facing Canada’s indigenous peoples, including high rates of suicide, violent victimization, and murder, received little attention in the 2015 electoral campaign.

The rights and interests of LGBT (lesbian, gay, bisexual, and transgender) people are protected. A 2017 law explicitly prohibits discrimination based on gender identity or gender expression, affording transgender individuals among others more protection against hate crimes.

Canada has a reputation for clean government and a record of vigorous prosecution of corruption cases.

Canadians may request public information under the provisions of the Access to Information Act, but may face delays or excessive costs. In 2017, the Liberal government proposed a number of reforms to the act, but the measures have been criticized as inadequate; the Information Commissioner of Canada argued that the proposal would actually “result in a regression of existing rights” by creating new hurdles for requesters and giving agencies additional grounds for refusing requests. This bill passed in the House of Commons in late 2017 with no substantial amendments, and remained before the Senate in 2018.

Canada’s media are generally free; journalists are mostly protected from violence and harassment in their work and are able to express diverse viewpoints. A law permitting journalists greater ability to protect their sources took effect in 2017. It stipulates that journalists cannot be required to disclose confidential sources unless a Superior Court judge is persuaded that the information cannot be obtained through other means, and that it is in the public interest for the source to be revealed. Nevertheless, there were two notable rulings against journalists in 2018. In March, a court in Quebec ruled that an investigative journalist with the public broadcaster must disclose the identity of her sources as part of an ongoing corruption case involving members of the Liberal Party. And in November, the Supreme Court upheld a police order that Vice News hand over correspondence between its reporter and a former Calgary resident and Somali-Canadian citizen facing terrorism charges over alleged links to the Islamic State (IS) militant group.

The constitution and other legislation protect religious freedom. However, controversy erupted in October 2018 when it was reported that the new provincial government in Quebec intended to prohibit the wearing of religious symbols such as yarmulkes or hijabs by public employees at work.

There are occasional instances of vandalism of Jewish and Muslim places of worship and cultural centers.

Private discussion in Canada is generally free and unrestrained. However, in 2015, the former Conservative government passed a controversial antiterrorism law granting the Canadian Security Intelligence Service (CSIS) wider authority to conduct surveillance and share information about individuals with other agencies. Its passage elicited considerable condemnation from Canadian intellectuals as well as both domestic and foreign civil liberties watchdogs, who warned that it undermined the concept of privacy and could harm freedom of expression.

In 2017, the Liberal government introduced a bill that would reverse some of the law’s provisions and establish an independent review and complaints body and a parliamentary committee to monitor Canada’s intelligence-gathering agencies. However, it has also been criticized for giving Canada’s spy agencies excessive powers to perform surveillance on Canadians without their knowledge, and for failing to explicitly prohibit the use of intelligence gathered by foreign entities through torture. The bill passed in the House of Commons in June 2018, and remained before the Senate at the end of the year.

Freedom of assembly is constitutionally protected and upheld in practice.

Constitutionally protected due process rights are generally upheld in practice. Canada’s criminal law is based on legislation enacted by Parliament; its tort and contract law is based on English common law, with the exception of Quebec, where it is based on the French civil code.

The use of solitary confinement for extended periods of time in Canada’s prisons has been controversial, with many critics charging that the time that inmates are excluded from the general population of prisoners is becoming excessive, and that prisoners with mental health issues are frequently placed in solitary confinement, resulting in harm. Provincial courts have ruled that parts of the federal law governing solitary confinement violated the rights of prisoners guaranteed by the Canadian Charter of Rights and Freedoms. The federal government in 2017 introduced a bill mandating that federal inmates may not stay in solitary confinement for longer than 21 consecutive days—with the cap lowered to 15 days 18 months after the legislation comes into force—unless the prison warden specifically orders otherwise. Legal advocates for prisoners claim the bill would have little practical effect other than to force wardens to review solitary confinement orders slightly earlier than they do presently. In response to criticism of the bill, the government introduced a second piece of legislation in October 2018. However, critics have charged that this new bill does no more than “rebrand” solitary confinement in a way that still allows Canadian prisons to keep people in isolation with few limitations.

The government had made increasing efforts to enforce equal rights and opportunities for minority groups, although some problems persist, particularly for Canada’s indigenous peoples, who remain subject to discrimination and have unequal access to education, health care, and employment.

In May 2018, the House of Commons approved a bill that would mandate the development and implementation of a national action plan to achieve the objectives of the United Nations Declaration on the Rights of Indigenous Peoples. At the end of the year the bill remained before the Senate.

Freedom of movement is constitutionally protected and upheld in practice.

Property rights are not constitutionally guaranteed, but in practice they are generally well protected by laws and through the enforcement of contracts.

Domestic violence is a problem that disproportionately affects women, particularly indigenous women, and is underreported. There have been initiatives in recent years to train police in handling of domestic violence cases.

There have been some reports of forced labor in the agricultural, food processing, construction, and other sectors, as well as among domestic workers. However the government, aided by NGOs that work to reveal forced labor and sex trafficking, works to hold perpetrators accountable and to provide aid to victims.

There is no national minimum wage, though provinces have set their own. Occupational safety standards are robust and generally well enforced. However, young workers, migrants, and new immigrants remain vulnerable to abuses in the workplace.