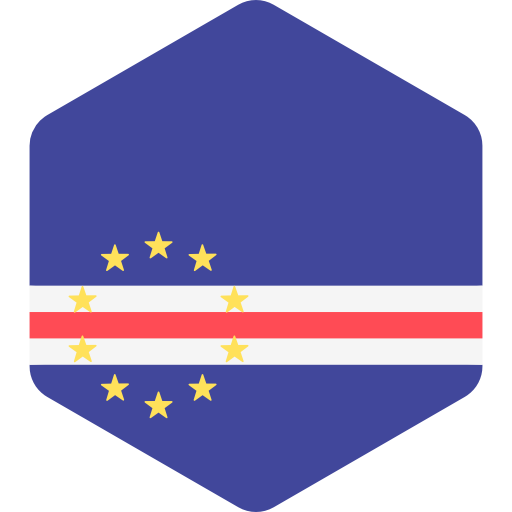 Cape Verde is a stable democracy with competitive elections and periodic transfers of power between rival parties. Civil liberties are generally protected, but access to justice is impaired by an overburdened court system, and crime remains a concern. Other outstanding problems include persistent inequities for women and migrant workers.

The president is directly elected for up to two consecutive five-year terms. The prime minister, who holds most executive authority, is nominated by and accountable to the National Assembly, and is formally appointed by the president.

Incumbent president Jorge Carlos Fonseca of the Movement for Democracy (MpD) was reelected in October 2016 with 74 percent of the vote. His main challenger was independent candidate Albertino Graça, who took about 23 percent. The voting was generally considered free and fair. Ulisses Correia e Silva, also of the MpD, was appointed as prime minister in 2016, a month after legislative elections.

Members of the 72-seat National Assembly are directly elected in multimember constituencies to serve five-year terms. In the 2016 elections, the MpD, then in opposition, won 40 seats. The governing African Party for the Independence of Cape Verde (PAICV) was reduced to 29 seats, and the Democratic and Independent Cape Verdean Union (UCID) took 3. International observers assessed the elections as largely free and fair.

The legal framework provides for fair and competitive elections. The National Elections Commission, whose members are elected by a two-thirds majority in the National Assembly, is generally considered impartial.

There are no significant impediments to the formation and competition of political parties. A number of different parties are active, though only the PAICV and the MpD have held power at the national level.

The opposition has a realistic opportunity to gain power through elections. There have been three democratic transfers of power between the PAICV and the MpD since independence in 1975, the most recent in 2016.

The political choices of voters and candidates are free from undue external influence. However, there were some reports of vote buying and of voters being pressured near polling stations during the 2016 elections.

Women have full and equal political rights, but traditional social constraints have impaired their participation somewhat in practice. Women won 17 seats in the 2016 National Assembly elections.

The prime minister and cabinet determine the policies of the government, under the supervision of the National Assembly and the president. The government is able to implement laws and policies without undue interference from unelected entities.

Cape Verde has relatively low levels of corruption overall, but bribery and nepotism are problems at the municipal level in particular. Allegations of graft have surrounded costly infrastructure projects and other spending measures in recent years.

The current government has taken a number of steps to improve transparency, including the publication of more information about state operations and finances online. The government generally adheres to legal guarantees of public access to information. However, many officeholders fail to comply with rules requiring them to declare their personal assets and income.

Freedom of the press is guaranteed by law and generally respected in practice, although Article 105 of the electoral code prohibits media organizations from disseminating opinions on or criticism of parties and candidates after a certain date in the campaign period. Both public and privately owned media are for the most part free and independent from government control. However, public remarks by the culture minister about hiring and programming at state-owned media in 2017 raised concerns about improper government meddling, and drew objections from the journalists’ union.

The main constraints affecting the media are economic. Precarious finances at many outlets undermine journalists’ job security and their ability to undertake investigative reporting projects. In recent years, the government has been reducing its advertising in private print outlets, compounding an already difficult situation. A lack of funding has contributed to the closure of a number of privately owned newspapers, decreasing the diversity of information in the print sector.

The constitution establishes the separation of church and state, though the Roman Catholic Church receives some privileges, such as the recognition of Catholic marriages under civil law. While all religious groups are required to register with the Justice Ministry to obtain tax and other benefits, the process is not restrictive, and there are no limitations on freedom of worship.

Academic freedom is respected, and the educational system is not affected by political indoctrination.

There are no significant constraints on individuals’ freedom of expression. The government is not known to engage in online surveillance or improper monitoring of personal communications.

Freedom of assembly is legally guaranteed and observed in practice. A number of demonstrations took place in 2018, including ones against unemployment and other economic difficulties, as well as in support of the national police chief, Elias Silva, who was suspended in April after calling for fewer restrictions on gun ownership.

E2.      Is there freedom for nongovernmental organizations, particularly those that are engaged in human rights and governance-related work? 4 / 4

The constitution protects the right to unionize, and workers may form and join unions in practice. However, the government restricts the right to strike in broadly defined essential industries, and formal collective bargaining is reportedly uncommon in the private sector.

The judiciary is independent, though the courts are overburdened and understaffed.

Police and prosecutors generally observe legal safeguards against arbitrary arrest and detention. Defense attorneys are provided to indigent defendants. However, due to the limited capacity of the court system, there are often delays in detainees’ first hearing before a judge, and many cases are dropped because defendants in detention are denied a timely trial.

Law enforcement officials are sometimes accused of excessive force, but perpetrators are often investigated and punished by oversight bodies. The country is generally free from major violence or unrest. The murder rate in 2018 decreased by 18.5 percent compared to the previous year, according to police statistics, dropping for the third year in a row. And in December, the government announced a 20 percent decrease in the overall crime rate. Nevertheless, there is a widespread perception that street crime and smuggling are growing problems. A system of video cameras for surveillance began operation in July in Praia to prevent urban crime. Authorities pledged that the system would respect citizens’ fundamental rights, including the right to privacy.

Prison conditions are poor and often overcrowded, but the government is implementing a program to improve conditions for prisoners, which includes the constructions of more cells and bathrooms.

Gender discrimination is prohibited by law, but wage discrimination and unequal access to education persist for women. In October, the National Assembly passed a resolution supporting gender parity, and authorizing the establishment of a commission to encourage gender parity in public policy. Immigrants often face discriminatory treatment by employers.

Same-sex sexual activity is not criminalized, and the law provides protections against job discrimination based on sexual orientation. In 2017, the LGBT community in Cape Verde announced that it would organize a petition to request the legalization of same-sex marriage, though there was no significant progress on the initiative in 2018. However, in March 2018 the country joined the Equal Rights Coalition, an intergovernmental coalition dedicated to the protection of LGBT rights, and participated in its annual conference later in the year.

Individual freedom of movement is recognized by law, and there are no significant restrictions in practice. People may freely change their place of employment or education.

Property rights are generally respected. The legal framework and government policies are supportive of private business activity, though obstacles such as corruption and legal and bureaucratic inefficiency remain a concern. Small and medium-size businesses are one of the main sources of income for families whose members are not directly employed in the public services.

Personal social freedoms are generally protected, including in matters of marriage and family law. Authorities enforce laws against rape and domestic abuse, but such violence remains a serious problem, and insufficient public resources are dedicated to supporting and protecting victims.

Same-sex marriages are not recognized.

The law prohibits forced labor and other exploitative practices, and the government actively enforces such safeguards in the formal sector. However, migrant workers who lack employment contracts remain vulnerable to abuses, and children are reportedly exposed to sex trafficking and illegal work in agriculture or domestic service.