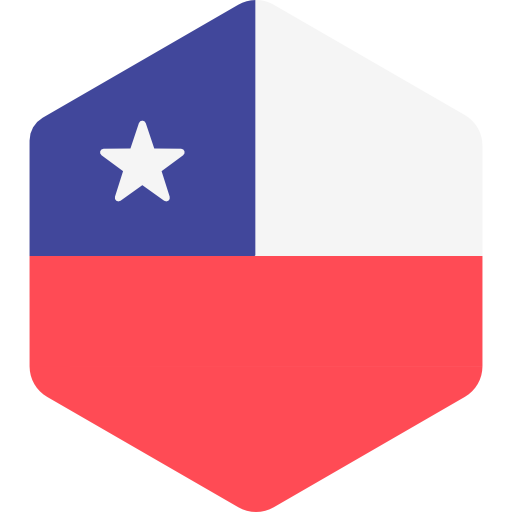 The 2017 legislative polls were the first to take place under new rules that established more proportional districts, and increased the number of seats in both houses. The Chamber of Deputies now has 155 seats, up from 120 previously. The number of Senate seats was increased from 38 to 50, but the new seats will be introduced gradually, with the Senate reaching its new 50-seat capacity in 2022.

Senators serve eight-year terms, with half up for election every four years, and members of the Chamber of Deputies are elected to four-year terms. Since 1990, congressional elections have been widely regarded as free and fair.

Chile has a multiparty political system. The new Congress, which held its first session in March 2018, includes representatives from more than a dozen political parties, as well as several independent candidates. Additionally, the number of important legislative coalitions has increased from two to three, with the leftist Frente Amplio, or Broad Front, joining the existing major blocs: the center-left Nueva Mayoría, or New Majority, and center-right Vamos Chile, or Let’s Go Chile. Parties operate freely, and new parties have emerged in recent years.

Power alternation between parties occurs regularly, both in Congress and for the presidency. In 2014, center-left President Bachelet succeeded conservative President Piñera, who in turn succeeded Bachelet in 2018.

The interests of the Mapuche minority, which represents about 9 percent of the population, are present in political life, with Mapuche activists regularly making their voices heard in street demonstrations. However, this activism has yet to translate into significant legislative power. In 2017, two Mapuche candidates were elected; one to the Senate and one to the Chamber of Deputies.

Anticorruption laws are generally enforced, though high-level corruption scandals crop up with some regularity. In November 2018, Piñera dismissed 21 army generals amid multiple corruption scandals in the military, making the biggest change of the army’s high command since 1990. The reputation of the army was further affected when it was revealed the same month that the commander-in-chief, General Ricardo Martínez, had disclosed during a military event that army officials had sold weapons to criminal groups. The government claimed that the general was referring to past incidents that had already been adjudicated, but requested details from the general regarding his statements.

Corruption scandals dented former president Bachelet’s popularity during her presidency, as well as that of her coalition.

Guarantees of free speech are generally respected, though some laws barring defamation of state institutions remain on the books. In 2018, journalist Javier Ignacio Rebolledo Escobar faced charges of “damaging the honor” of a former military officer who had been convicted of crimes against humanity for acts committed during the Pinochet dictatorship. The charges, which carried a prison sentence of up to three years, were related to material in a book Rebolledo had released in 2017. In October, a judge dismissed them without ruling on their merit, citing instead a procedural irregularity.

The right to assemble peacefully is widely respected, though protests are sometimes marred by violence. In July 2018, an altercation erupted between demonstrators marching in support of free and safe abortion, and counterprotesters. Three women suffered stab injuries, and several people were arrested. Separately, protests against police brutality gained momentum throughout the country following the police shooting of a young Mapuche man in November.

There are strong laws protecting worker and union rights, but some limited antiunion practices by private-sector employers continue to be reported.

The constitution provides for an independent judiciary, and the courts are generally free from political interference. However, judicial independence was tested in September 2018, when opposition deputies tried to remove three Supreme Court justices for “abandonment of duties” after they granted parole to seven prisoners convicted of human rights violations committed during the Pinochet dictatorship. Although the Chamber of Deputies narrowly rejected the impeachment, the voting strained relations between the legislative and judicial branches, and numerous jurists accused the Chamber of Deputies of trying to curb judicial independence.

Rights groups and the United Nations have criticized the government’s use of antiterrorism laws, which do not guarantee due process, to prosecute acts of violence by Mapuche activists. In May 2018, three Mapuche land-rights activists were convicted under antiterrorism laws of arson in connection with the deaths of two prominent landowners, and of them two received life sentences. Their case had been dismissed previously, in 2017, due to a lack of evidence, but that trial was later annulled.

F3.       Is there protection from the illegitimate use of physical force and freedom from war and insurgencies? 3 /4

While the government has developed mechanisms to investigate and punish police abuses, excessive force and human rights abuses committed by the carabineros (militarized police) still occur. In a high-profile scandal, in November 2018 carabineros personnel killed 24-year-old Camilo Catrillanca, grandson of a prominent Mapuche indigenous leader, in Araucanía Region. Initially, the carabineros claimed that the killing was part of a confrontation, but in December the Chilean media released videos that supported the description of a witness who claimed that Catrillanca had been shot in the back. Piñera consequently removed carabineros director Hermes Soto, and a number of other officials including some high ranking ones were removed or stepped down, as did the governor of Araucanía. Four agents involved face murder and other charges.

The slow and delayed repatriation of the ancestral land of the Mapuche indigenous group has been a cause of years of violent protests, and a number of arson attacks led by Mapuche activists took place in 2018. Targets included trucks and equipment belonging to logging operations.

LGBT people continue to face societal bias, despite a 2012 antidiscrimination law that covers sexual orientation and gender identity. In September 2018, Congress approved a gender identity law allowing for gender identity to be changed on the civil registry, and the president signed it into law in November.

In 2018, massive protests against practices, specifically in the education system, that perpetuate gender inequality, abuses, and discrimination helped bring visibility to gender disparities in Chilean society. In response, in May the government announced a number of legal initiatives intended to reduce gender inequality.

The government generally does not restrict personal social freedoms. However, violence against children and women remains a problem.

A law against femicide went into force in 2010, but gender violence remains. A total of 42 femicides and 118 attempted femicides were reported in 2018. Gender abuses and discrimination prompted massive feminist protests during the year.

In 2017, a law introduced by then-president Bachelet that decriminalized abortion in the events of rape, an inviable fetus, or danger to the life of the mother, took effect.