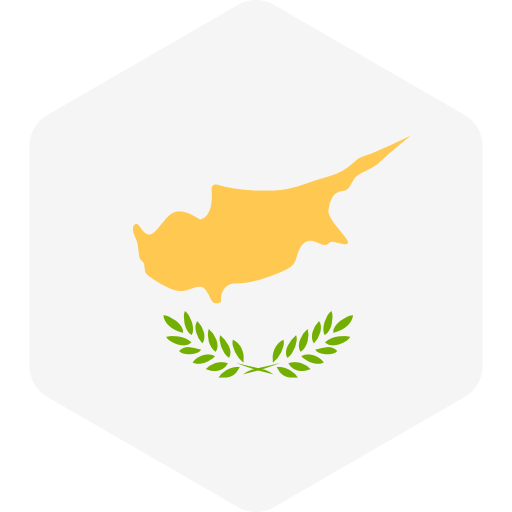 The Republic of Cyprus is a democracy that has de jure sovereignty over the entire island. In practice, however, the government controls only the southern, largely Greek-speaking part of the island, as the northern area is ruled by the self-declared Turkish Republic of Northern Cyprus (TRNC), recognized only by Turkey. Political rights and civil liberties are generally respected in the Republic of Cyprus. Ongoing concerns include societal discrimination against minority groups and weaknesses in the asylum system.

The president is elected by popular vote for five-year terms. The current president, Nicos Anastasiades of the center-right Democratic Rally (DISY), won a second term with 56 percent of the vote in a February 2018 runoff against Stavros Malas, who was backed by the left-wing Progressive Party of the Working People (AKEL). The two had outpolled seven other candidates in the first round in January. Analysts attributed the incumbent’s victory to the recovery of the Cypriot economy since a 2013 banking crisis; the European Central Bank resumed purchases of Cypriot bonds following an improvement in the country’s credit rating in September. International observers found that the overall election process adhered to democratic principles.

In the 2016 legislative elections, which were held in accordance with international standards, DISY led the voting with 18 seats, down slightly from 2011, followed by AKEL with 16, also a decline. The Democratic Party (DIKO) received 9 seats, the Movement for Social Democracy (EDEK) took 3, and the Green Party secured 2. Three new parties won seats for the first time: the far-right National Popular Front (ELAM) took 2, while 3 each went to the center-left Citizens’ Alliance (SYPOL) and the right-wing Solidarity, an offshoot of DISY.

A3.      Are the electoral laws and framework fair, and are they implemented impartially by the relevant election management bodies? 4 / 4 (+1)

Electoral laws are generally fair. In their report on the 2018 presidential vote, election monitors from the Organization for Security and Co-operation in Europe (OSCE) noted some improvements since the 2013 contest, including 2017 legal changes that abolished most mandatory-voting provisions and established a ceiling of €1 million ($1.1 million) for candidates’ campaign spending. The report found that the election was administered in a “highly professional, efficient, and transparent manner.”

Score Change: The score improved from 3 to 4 because robust electoral laws and their fair application by the Central Electoral Office ensured the credibility of the 2018 presidential poll.

A wide array of parties compete in the political system. Cyprus’s two main parties, DISY on the right and AKEL on the left, usually split the largest share of the vote, but neither has dominated politics, and other parties are often able to play significant roles. Both DISY and AKEL lost seats in the 2016 parliamentary elections, and despite an increase in the vote threshold for representation, from 1.8 percent to 3.6 percent, three new parties were able to enter the parliament.

Cyprus has experienced regular democratic transfers of power between rival parties in recent decades, and multiple opposition parties are able to gain representation in the legislature.

People are generally able to express their political choices without undue interference from outside actors.

B4.      Do various segments of the population (including ethnic, religious, gender, LGBT, and other relevant groups) have full political rights and electoral opportunities? 3 / 4 (−1)

Three recognized Christian minorities—the Armenians, the Latins, and the Maronites—each have one nonvoting representative in the parliament. Members of these minority groups vote in special elections for their representatives, as well as in the general elections. The Turkish Cypriot community’s 24 seats remain unfilled.

Women in Cyprus have equal political rights, but they are underrepresented in political parties. No parliamentary party is led by a woman, and parties have failed to meet internal quotas mandating that 30 to 35 percent of their candidates be women. Women hold about 18 percent of the seats in the House of Representatives. No women ran for president in 2018. Sexism and patriarchal attitudes discourage women from playing a more active role in politics.

The interests of the LGBT (lesbian, gay, bisexual, and transgender) community, which still faces significant discrimination from some sectors of society, are not always well represented in the political system.

Score Change: The score declined from 4 to 3 because the political system has failed over time to ensure adequate representation for women and their interests.

The freely elected government is able to make and implement policy without improper interference from unelected entities.

Cyprus has strong anticorruption laws that are, for the most part, adequately enforced. However, there have been a number of high-profile corruption scandals in recent years, and critics of the government’s record have raised concerns about early releases and pardons of individuals convicted on corruption charges. For example, in 2017, former deputy attorney general Rikkos Erotokritou was sentenced to three and a half years in prison for accepting bribes while in office in 2015, but he was granted release on parole in August 2018 under a law adopted in May that allows such releases for convicts who meet certain requirements. Opposition lawmakers said the measure seemed designed to benefit convicts with political connections.

In general, the government operates with openness and transparency. However, Cyprus lacks a freedom of information law; a draft bill that was presented for public comment in 2015 has yet to advance in the parliament, and civil society groups have criticized many of its provisions.

Freedom of speech is constitutionally guaranteed, and media freedom is generally respected. A vibrant independent press frequently criticizes the authorities. Numerous private outlets compete with public media, and there are no restrictions on access to online news sources.

Freedom of religion is guaranteed by the constitution and generally protected in practice. Nearly 90 percent of those living in government-controlled Cyprus are Orthodox Christians, and the Orthodox Church enjoys certain privileges, including religious instruction and some religious services in public schools. Non-Orthodox students may opt out of such activities. The government recognizes Muslim religious institutions and facilitates crossings at the UN buffer zone between north and south for the purpose of worship at religious sites. Muslim groups have occasionally faced obstacles in the operation of their religious sites. Other religious minorities sometimes encounter discrimination.

D3.      Is there academic freedom, and is the educational system free from extensive political indoctrination? 3 / 4

Academic freedom is respected in Cyprus. However, state schools use textbooks containing negative language about Turkish Cypriots and Turkey, and there is some political pressure regarding schools’ treatment of sensitive historical and unification-related issues.

People are generally free to engage in political and other sensitive discussions without fear of retribution or surveillance.

Freedom of assembly is constitutionally guaranteed and generally respected.

E2.      Is there freedom for nongovernmental organizations, particularly those that are engaged in human rights- and governance-related work? 4 / 4

Nongovernmental organizations (NGOs) usually operate without government interference. A memorandum of cooperation was signed in 2017 between the police and 12 NGOs to improve relations and prevent misunderstandings.

Workers have the right to strike, form independent trade unions, and engage in collective bargaining. The law provides remedies for antiunion discrimination, though enforcement is uneven.

The judiciary, which operates principally according to the British tradition, is independent in practice. Since the country joined the EU in 2004, the legal system has been gradually brought into harmony with EU law.

Residents of Cyprus are free from major threats to physical security, though human rights monitors have noted cases of police brutality. Overcrowding and other problematic conditions have been reported at prisons and migrant detention centers.

In an attempt to block Cyprus’s efforts to explore for offshore oil and gas, Turkey has threatened to use force against drilling vessels. Ankara argues that the maritime areas in question are under the jurisdiction of either Turkey or the TRNC.

Despite government efforts to combat prejudice and inequality, non-Greek Cypriot minorities, including migrants and asylum seekers, face discrimination and occasional violence. The country experienced an influx of new migrants and asylum seekers during 2018, and while many were quickly released from overburdened reception centers, they often lacked access to other housing. Asylum claims take up to five years to process amid a growing backlog of cases.

Gender discrimination in the workplace remains a problem, including with respect to hiring practices, salaries, and sexual harassment; laws against it have not been adequately enforced.

Antidiscrimination laws generally prohibit bias based on sexual orientation, and there are legal protections for transgender people on some issues as well. For example, laws barring incitement to hatred apply to both sexual orientation and gender identity. However, the LGBT community continues to face societal discrimination in practice.

There are few impediments to freedom of movement within the government-controlled area of the Republic of Cyprus. The UN buffer zone dividing the island remains in place, though travel between north and south has improved since 2004 due to an increase in the number of border crossings. In November 2018, two new crossing points opened at Deryneia and Lefka-Aplici.

Property rights are generally respected in Cyprus. A 1991 law stipulates that property left by Turkish Cypriots after 1974, when a Turkish invasion divided the island, belongs to the state. Under the law in the north, Greek Cypriots can appeal to the Immovable Property Commission (IMP), which in 2010 was recognized by the European Court of Human Rights as a responsible authority for the resolution of property disputes. However, its work has been seriously impaired in recent years by a lack of funding from the TRNC and Ankara.

Personal social freedoms are largely unrestricted. Same-sex civil unions are allowed under a 2015 law, but it did not include adoption rights for same-sex couples. In 2018, the government was considering legislation that would establish a procedure to correct one’s registered gender. Domestic violence is a growing problem despite official efforts to prevent and punish it. Two government-funded shelters are open to survivors of domestic abuse.

The legal framework generally protects workers against exploitative conditions of employment, and the government has made genuine progress in combating human trafficking. However, persistent problems include a lack of resources for labor inspectors and illegally low pay for undocumented migrant workers. Migrant workers and asylum seekers remain vulnerable to sexual exploitation and forced labor.

The numerical rankings and status listed above do not reflect conditions in Northern Cyprus, which is examined in a separate report.