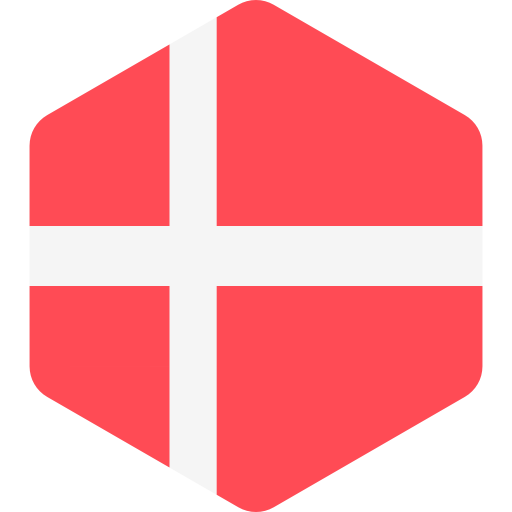 Denmark is a robust democracy with regular free and fair elections. Citizens enjoy full political rights, the government protects free expression and association, and the judiciary functions independently. However, Denmark has struggled to uphold fundamental freedoms for immigrants and other newcomers.

The 179 members of Denmark’s unicameral parliament are elected to four-year terms through a system of modified proportional representation.

The most recent parliamentary elections were held in 2015. Rasmussen’s Liberal Party won 47 seats, and Rasmussen formed a minority government. The populist, anti-immigration, Euro-sceptic Danish People’s Party (DPP) had a successful showing, winning 37 seats to become the second-largest party in the parliament. The elections were considered credible and free, and their results were accepted by stakeholders and the public.

Robust electoral laws are upheld impartially by the various bodies tasked with implementation. A 2015 Organization for Co-operation in Europe (OSCE) preelection assessment mission reported a high level of public confidence in the country’s election laws and administration.

The Danish political system is open to the rise of opposition parties through elections. In recent years, the most significant political ascent has been that of the DPP; while it has never formally been in government, it lends support to the current coalition, led by the Liberal Party.

The new Nye Borgerlige (New Right) party was established in 2015 by former DPP members, and has been gaining support outside Parliament on the basis of its anti-immigrant, anti-European Union (EU) libertarian-leaning agenda. While polls suggest it has secured the support of only about 4 percent of the electorate, it has gained the requisite signatures to participate in the 2019 parliamentary elections, and is expected to attract previous DPP voters.

Voters and political figures are generally free from undue influences by actors who are not democratically accountable.

The electoral laws guarantee universal suffrage for citizens, as well as representation in regional and municipal elections for permanent residents. Refugees and other immigrants may vote in municipal and regional elections after having obtained permanent residence at least three years before an election date. Women, LGBT (lesbian, gay, bisexual, and transgender) people, and members of ethnic and religious minorities are active in political life.

The territories of Greenland and the Faroe Islands each have two representatives in the parliament. They also have their own elected institutions, which have power over almost all areas of governance, except foreign and financial policy.

Denmark’s freely elected government is able to craft and implement policy. Danish governments most often control a minority of seats in the parliament, ruling with the aid of one or more supporting parties. Since 1909, no single party has held a majority of seats, helping to create a tradition of compromise.

Anticorruption laws and bodies are generally effective, and corruption is not considered an urgent problem in Denmark. However, in September 2018, the Council of Europe’s anticorruption body, GRECO, deemed Denmark noncompliant with its standards, citing deficient accountability mechanisms for the judiciary and for members of Parliament. The move came in the wake of a number of financial scandals involving public officials, as well as auditor reports suggesting misuse of EU subsidies.

Government operations are generally transparent. However, the government has come under pressure to amend the Public Information Act to remove restrictions on certain information, including documents that are shared between ministers and their advisers.

Domestic media reflect a wide variety of political opinions and are frequently critical of the government.

Freedom of worship is legally protected. However, the Evangelical Lutheran Church is subsidized by the government as the official state religion. The faith is taught in public schools, though students may withdraw from religious classes with parental consent.

In 2015, a Danish citizen of Palestinian origin launched an attack on a freedom of expression event and then on a Copenhagen synagogue, killing several people. Since the attack, the government has provided security for Jewish religious and cultural facilities considered to be at risk of attack.

In August 2018, a ban on the public wearing of face coverings—widely referred to as a “burqa ban” applicable to Muslim women—took effect, and at least two women have since been fined for wearing a niqab or burqa. Police have expressed some confusion about how to enforce the vaguely worded law, with some noting that it was unclear if it applied to people who wore masks designed to protect against air pollution. Participants in a demonstration against the ban who themselves wore burqas and niqabs were not penalized, with police reportedly saying the wearing of the garments at a protest was protected by guarantees for free speech.

In December 2018, Parliament adopted a law requiring mandatory participation in a ceremony for confirmation of newly granted Danish citizenship, with guidelines expected to include a requirement for shaking hands. The expected hand-shaking provision was viewed as a means of requiring Muslims who refuse to touch someone of a different gender on religious grounds to adopt practices seen as “Danish.”

Private discussion is vibrant and unrestricted.

The constitution provides for freedom of assembly, which is upheld in practice. A number of demonstrations took place peacefully in 2018.

Workers are free to organize and bargain collectively.

The judiciary is independent. Judges are formally appointed by the monarch, but are recommended by the justice minister in consultation with the independent Judicial Appointments Council.

Citizens enjoy full due-process rights. However, individuals who were denied asylum in Denmark, but whom the government is for various reasons unable to deport, may be subject to administrative measures parallel to those imposed on people who have been convicted of crimes. For example, many such individuals must live at isolated centers with poor facilities where they are subject to travel restrictions, and have no legal option to challenge their placement. In 2017, the Danish Helsinki Committee criticized the conditions of one detention center in particular, Kærshovedgård, for offering worse conditions than Danish prisons. In May 2018, the Danish Ombudsman stated that although the placement of refused asylum seekers at Kærshovedgård did not amount to detention without trial, conditions there remained unsatisfactory. As of October 2018, the number of individuals at the Kærshovedgård detention center was at an all-time high of 241 residents.

In December 2018, lawmakers approved funding for a controversial new facility to house about 100 refused asylum seekers who have completed jail sentences following criminal convictions, but cannot be deported because of the likelihood that they would face persecution in their home countries. The new center would be established, after decontamination procedures, on a former veterinary quarantine station where scientists had studied contagious diseases, located on an island in Danish waters and connected to the outside world by a nonpublic ferry.

People in Denmark are generally free from violent crime and physical abuse by state authorities.

Danish immigration laws have long been some of the harshest in Europe, and immigration laws and asylum policies were further tightened in response to the massive influx of refugees and asylum seekers entering Europe beginning in 2015; the influx has since waned. In the first 11 months of 2018, 2,600 individuals had sought asylum in Denmark, compared to some 21,000 in 2015. In October 2018, the government reaffirmed its decision the previous year to refuse to admit refugees as assigned by a UN quota; previously the country had received 500 annually since 1989.

Families of rejected asylum seekers who cannot be deported are increasingly required to reside at a facility in Sjælsmark. Following an inspection visit in December 2018, the Ombudsman expressed concern that the conditions for the close to 100 children, many of whom have stayed at the center for several years, put them at risk in terms of their healthy growth and development.

Discrimination, including based on gender identity or sexual orientation, is prohibited by law. As of 2017 identifying as transgender is no longer considered a mental disorder. However, procedures related to legally changing one’s gender remain onerous.

The Greenlandic Inuit community faces social marginalization in Denmark, though the government has implemented programs to address this issue.

Freedom of movement is protected by law and generally respected by the government. However, in March 2018, the government proposed an “anti-ghetto” initiative, applicable to neighborhoods identified as having high unemployment and crime rates, and a high percentage of foreign-born residents. It aims to shift the areas’ demographics, institute daycare requirements for foreign children that would integrate them into Danish society through language and culture lessons, and enact stricter punishments for crimes committed there. Legislation to demolish certain housing structures to meet demographic quotas passed in November, and the daycare provision was approved in December.

Since 2015, the government has enacted a number of measures that allow authorities to restrict the movement of people who seek to join, or have joined, extremist groups abroad—notably the Islamic State (IS) militant group. Some of the measures have been criticized for having a low evidentiary threshold or for lacking appropriate oversight mechanisms. A number of people have seen their passports revoked under the measures.

In 1989, Denmark became the first country in the world to adopt same-sex civil unions, and in 2012, the parliament overwhelmingly passed same-sex marriage legislation enabling couples to wed in the Lutheran state church of their choosing. Priests are not obligated to officiate but, when requested to do so, must find a colleague who will.

Public- and private-sector workers are generally free from exploitation by employers. However, migrants engaged in forced labor can be found in some sectors, including the agricultural and service industries. Women and children, also primarily migrants, can be found engaged in forced sex work. The government and NGOs work, frequently in conjunction, to identify and prevent human trafficking and to provide aid to victims.