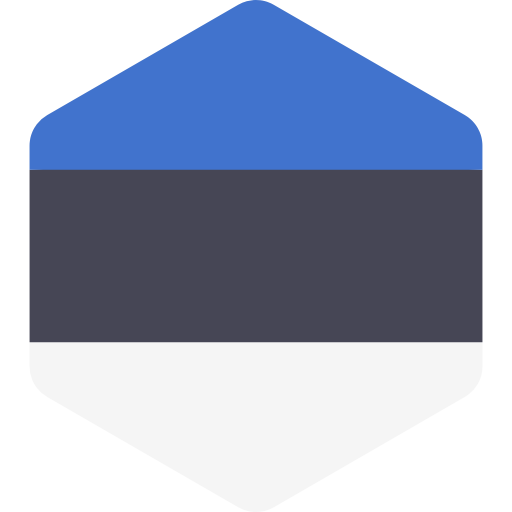 Democratic institutions are strong, and political and civil rights are widely respected in Estonia. However, about 6 percent of the population remains stateless, and thus may not participate in national elections. Corruption remains a challenge, as does discrimination against ethnic Russians, members of the Romany minority, and LGBT (lesbian, gay, bisexual, and transgender) people. Women earn significantly less than men for performing similar duties.

The prime minister is head of government, and is nominated by the president and approved by the parliament (Riigikogu). Current prime minister Jüri Ratas of the Center Party was confirmed by the Riigikogu following the formation of a coalition in 2016 between the Center Party and two smaller partners, the center-left SDE, and the conservative IRL. Ratas’s selection and confirmation took place according to legal procedures.

The president is elected by parliamentary ballot to a five-year term, filling the largely ceremonial role of head of state. Current president Kersti Kaljulaid was elected as a nonpartisan consensus candidate in a sixth round of voting in 2016. Although the overall election process was free and fair, it was criticized as lengthy and not entirely transparent.

The constitution establishes a 101-seat, unicameral parliament whose members are elected for four-year terms. The 2015 elections were free and fair. The Reform Party took 30 seats, the Center Party 27, SDE 15, and IRL 14. The remainder went to two new parties, the conservative, antiestablishment Free Party (EV), and the far-right EKRE, which took 8 and 7 seats, respectively.

The Center Party leads the correct governing coalition, with support from SDE and IRL. However, the coalition was weakened in 2018 by a serious dispute related to IRL’s reluctance to endorse the UN Global Compact for Migration, which is intended to provide a political but not legal basis for improving migration management. SDE and the Center Party asked the Riigikogu to settle the matter, and lawmakers ultimately voted to endorse the compact. The Reform Party declined to vote, characterizing the affair as a government failure. The controversy played out just a few months ahead of the next Riigikogu elections, set for March 2019.

Administrative reforms in 2017 merged municipalities, reduced the number of electoral seats by almost half, and abolished the county level of administration. Upon review, the Supreme Court allowed the changes to stand.

Estonia’s political parties organize and operate freely, and the system is open to the rise and fall of various parties. The 2015 election brought two new parties to the parliament: the conservative, antiestablishment EV, and the far-right EKRE.

The system is open to the rotation of power. In the 2015 elections, the center-right Reform Party, which had led the previous government, captured the most seats (30), and subsequently formed a coalition with its previous coalition partner, the SDE, as well as the IRL. In 2016, however, the Center Party, which held 27 seats, formed a new ruling coalition with the SDE and the IRL. The Center Party won local elections in 2017.

People’s political choices are generally not influenced by undemocratic forces. However, concerns remain about the prevalence and influence of online disinformation ahead of the 2019 elections.

While the governing Center Party has not fully renounced its cooperation agreement with United Russia, the main political party in Russia, this has not led to foreign interference with Estonians’ political rights.

About 6 percent of the country’s population—mostly ethnic Russians—remain stateless and thus may not participate in national elections. Resident noncitizens are permitted to vote in local elections, but may not run as candidates or join political parties. The authorities have adopted policies to assist those seeking naturalization. Although women only make up 27 percent of members of parliament, women’s interests are represented through a variety of programs and government initiatives.

Both the government and the parliament are freely elected and function without interference from external or nonstate actors.

Recent years have seen heavily publicized allegations of corruption within the main political parties, as well as in the public sector. The trial of Edgar Savisaar, former leader of the Center Party and Tallinn city mayor, on charges of bribery, money laundering, and embezzlement, is ongoing. The Supervisory Committee on Party Financing (ERJK) in 2017 found that the Center Party had accepted illegal donations, and a Tallinn court in 2018 rejected the party’s appeal against an ERJK ruling to pay the amount of the illicit donation—€220,000 ($256,000)—back to the state.

While the government has taken some action toward curbing private-sector corruption, significant progress has yet to be observed. In September, an investigation commissioned by Danske Bank revealed that roughly $230 billion had been laundered through its Estonian branch between 2007 and 2015, raising questions about the performance of Estonia’s regulatory and supervisory bodies. The government commissioned its own audit of the bank in October, and ten employees of the branch were arrested in December. At year’s end, the government was considering a number of reforms aimed at rooting out corruption in the financial sector.

Estonia is well-known for its transparency and developed e-governance services. Recently, however, several security flaws in e-governance services were revealed in media reports; the government in April announced actions to remedy the situation and to provide additional resources to support the maintenance and further expansion of the e-governance system.

Public access to government information and asset declarations of officials is provided for both in law and in practice.

The government generally respects freedom of the press. Public and private television and radio stations operate in Estonia, and there are a number of independent newspapers. The government does not restrict access to the internet.

Religious freedom is respected in law and in practice.

Academic freedom is respected. However, by law, public Russian-language high schools must teach 60 percent of their curriculum in the Estonian language.

Individuals are free to express political views without fear of surveillance or retribution.

The constitution guarantees freedom of assembly, and the government upholds this right in practice.

In an unusual incident in November 2018, Indrek Tarand, a member of the European Parliament and an SDE member, was kicked by EKRE supporters at a protest outside the Riigikogu after he had attempted to seize a microphone from an EKRE lawmaker, Martin Helme. The EKRE had called on supporters to turn out to express their disapproval of the UN Global Compact for Migration.

The government honors the civic rights of associations and does not restrict or control the activities of nongovernmental organizations (NGOs).

Workers may organize freely, strike, and bargain collectively, although public servants at the municipal and state levels may not strike.

The judiciary is independent and generally free from government or other interference.

Legal processes in civil and criminal matters are generally free and fair. Laws prohibiting arbitrary arrest and detention and ensuring the right to a fair trial are largely observed.

While Estonia is generally safe and peaceful, it had one of the highest intentional homicide rates in the European Union (EU) in 2016, according to the most recent data from Eurostat, the EU’s statistical office. There have been reports of law enforcement officials using excessive force when arresting suspects. Some inmates reportedly have inadequate access to health care. Estonia has a relatively high incarceration rate, with data from the World Prison Brief, a project of the University of London, for 2018 showing that 198 per 100,000 residents are in Estonian prisons. Council of Europe statistics for 2015 showed 222 prisoners per 100,000 inhabitants; among the countries it surveyed, only Latvia and Lithuania had higher incarceration rates.

Russian-speakers continue to face societal discrimination, which is reinforced by laws such as the Equal Treatment Act, which does not consider Estonian linguistic requirements for public officials discriminatory. Women in Estonia earn on average 25 percent less than men according to 2016 Eurostat data. Discrimination based on sexual orientation is legally prohibited, though harassment of members of the LGBT (lesbian, gay, bisexual, and transgender) community is reportedly common. Members of the Romany minority face employment discrimination and drop out of school at high rates, suggesting that Estonian schools fail to meet their needs.

Citizens and residents enjoy free movement inside Estonia and freedom to leave the country.

In July 2018, Estonia introduced the free use of public buses across the country. Transit in Tallinn on public buses, trains, trams, and trollies has been free since 2013.

Violence against women, including domestic violence, remains a problem.

At the end of 2018, the Riigikogu had yet to adopt necessary amendments for the implementation of a 2014 law permitting same-sex civil unions.

Estonia is a source, transit point, and destination for women and girls trafficked for the purpose of prostitution. The government makes efforts to prosecute traffickers and provide services to victims, though the US State Department’s 2018 Trafficking in Persons Report called for better training for investigators and prosecutors of trafficking crimes.

Estonia’s unemployment rate is relatively low, ranging from 5.0 to 6.4 percent in 2018. However, according to Eurostat, 23.4 percent of the population was at risk of poverty or social exclusion in 2017. The current government has sought to ease economic pressures; among other measures, in December 2018 lawmakers raised the minimum monthly wage from 500 to 540 euros ($590 to 630), to take effect at the beginning of 2019.