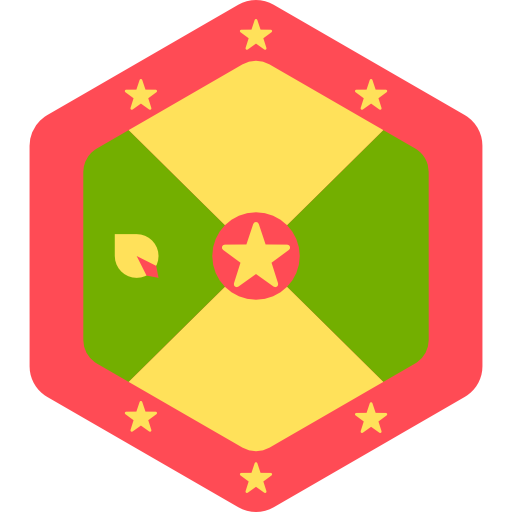 Grenada is a parliamentary democracy that regularly holds credible elections. Ongoing concerns include corruption, discrimination against the LGBT (lesbian, gay, bisexual, and transgender) community, and violence against women and children.

Following the March 2018 elections, NNP leader Keith Mitchell was sworn in for a second consecutive term as prime minister.

Cécile La Grenade was sworn in as Grenada’s first female governor general in 2013.

The NNP won the elections held in March 2018, capturing all 15 seats in the House of Representatives with 59 percent of the vote. The National Democratic Congress (NDC) received 41 percent of the vote. The electoral observation mission of the Organization of American States (OAS) expressed concern over a lack of campaign finance regulations and other issues, but deemed the polls credible.

Electoral laws are generally fair, and they are usually implemented impartially by the supervisor of elections, who heads the Parliamentary Elections Office.

In Grenada’s 2016 constitutional referendum, all of the proposals—including setting a three-term limit for the prime minister, establishing fixed dates for elections, and reforming the electoral authority and the body that sets constituent boundaries—failed. Turnout was low, at just 32 percent.

The unbalanced size of constituencies has resulted in unequal voting power among citizens. For example, in a country of 100,000 people, the largest of Grenada’s 15 constituencies has around 6,000 more registered voters than the smallest. This long-standing discrepancy has not been addressed.

Political parties can organize freely. While a number of small political parties have competed in elections, the first-past-the-post system encourages two-party politics, and since 1999 only the NNP and NDC have won seats in Parliament. Additionally, weak campaign finance laws potentially create an unfair advantage for certain parties.

There are realistic opportunities for opposition parties to increase their support or gain power through elections, and power has rotated on several occasions since the first election in 1984, after democracy was restored to Grenada. However, the NNP has won a majority of the elections since then, and some analysts have raised concerns about the NDC’s failure to win any seats in the House of Representatives in both the 2013 and 2018 elections.

People are generally able to express their political choices without encountering pressure from outside actors. However, the OAS has expressed concern about a lack of transparency and general regulation of campaign finance procedures, which could create avenues for undue influence over candidates and voters by business or other special interest groups.

Grenada’s constitution guarantees universal suffrage for adult citizens. Women remain underrepresented in politics, but 7 out of 15 seats in the House of Representatives were won by women in 2018. Women’s advocacy groups have influence in the general political sphere. The marginalization of the LGBT community impacts its ability to engage fully in political and electoral processes.

The appointed prime minister, cabinet, and freely elected Parliament representatives are able to determine the policies of the government. However, because of concerns over the lack of an opposition in the House of Representatives, three NDC members were appointed to the Senate after the 2013 and 2018 elections.

Corruption remains a prominent issue in Grenada, despite safeguards enshrined in the Prevention of Corruption Act and the Integrity in Public Life Act. In August 2018, the Integrity Commission began an investigation into allegations that the Marketing and National Importing Board had misappropriated public funds over a five-year period. The investigation was ongoing at year’s end.

A number of suggested amendments in the 2016 constitutional reform package would have strengthened anticorruption safeguards, but all were voted down by significant margins.

Grenada’s Citizenship by Investment Program (CBI), which allows foreigners to gain citizenship through an economic investment in the country, continued to trouble some analysts in 2018 due to the potential for fraud and abuse, despite the tightening of rules governing it in 2017.

The government of Grenada generally operates with transparency. A decree passed in 2013 under the authority of the Integrity in Public Life Act requires all public officials to declare their personal assets. In 2017, Parliament passed an amendment to the Mutual Exchange of Information on Tax Matters Bill, which allows Grenadian authorities to request financial information about its citizens residing abroad in an effort to prevent tax avoidance.

However, there is no law to ensure public access to information, even though the government pledged to introduce such an act in 2008.

In 2012, Grenada became the first Caribbean country to decriminalize defamation, but seditious libel remains a criminal offense. Politicians have initiated defamation lawsuits against the media, contributing to self-censorship among journalists who may not be able to afford legal costs or resulting fines. Press freedom advocates criticized censorship at the country’s largest broadcaster, the GBN, which reportedly prohibited the network’s reporters from covering a protest held by GBN staff members against their general manager in September 2018.

Freedom of religion is protected under the constitution and this right is generally respected in practice.

Individuals are free to express their personal views on political or other sensitive topics.

Freedom of assembly is constitutionally guaranteed, and that right is generally respected in practice.

The right of workers to form and join labor unions is constitutionally protected, though unions and labor activists face some obstacles. Workers have the right to strike, organize, and bargain collectively, though employers are not legally bound to recognize a union if a majority of workers do not join. Essential services workers may strike, but compulsory arbitration can be used to resolve disputes. The list of essential services is extensive, and includes services that should not be considered as such according to International Labor Organization (ILO) standards.

An independent judiciary is constitutionally guaranteed. Courts have demonstrated independence in recent years, as evidenced by a 2017 Supreme Court decision that prevented the government from expropriating property owned by the company Rex Resorts. There has not been tangible evidence of political interference in the judiciary in the last several years.

Grenada is a member of the Organization of Eastern Caribbean States court system, and is a charter member of the Caribbean Court of Justice, but relies on the Judicial Committee of the Privy Council in London as its final court of appeal. In 2016, Parliament approved legislation to eliminate the Privy Council as the final court, but the measure was defeated in the year’s constitutional referendum. A second referendum on the matter again failed in November 2018.

Score Change: The score improved from 3 to 4 as a result of further consolidation of an independent judiciary and a consistent lack of tangible political interference for several consecutive years.

Detainees and defendants are guaranteed a range of legal rights, including the presumption of innocence and the right to trial without delay, which are mostly respected in practice. However, due to case backlogs, in practice trial delays are common. Additionally, due to staffing shortages, not all indigent defendants could be provided legal counsel.

Grenada is free from war and insurgencies. Flogging remains a punishment for petty crimes, and the prison system is overcrowded. Although considered one of the safer Caribbean islands, there has been a rise in reports of sexual assault in recent years.

Same-sex sexual activity is a criminal offense in Grenada, and LGBT people face significant societal discrimination. The 2016 constitutional referendum included an amendment to protect the equal treatment of people in Grenada, but that amendment was overwhelmingly rejected due to concerns that language in the amendment might lead to the legalization of same-sex marriage.

The constitution bars gender discrimination, as do the 1999 Employment and Education Acts. However, cultural norms perpetuate discrimination in practice, and sexual harassment is common.

Freedom of movement is constitutionally guaranteed, and this right is generally respected in practice.

The government of Grenada has actively encouraged both national and foreign investors to operate businesses in the country, but procedures involved in establishing a new business can be onerous. Following court rulings in 2017 that prevented the government from expropriating the Grenadian hotel from its owners, the government continued its attempts to acquire the property through the courts in 2018.

Violence against women and children is a widespread issue in Grenada. Domestic violence legislation came into effect in 2011, but enforcement has been limited. In 2017, the cabinet appointed a committee to address child sexual abuse. In September 2018, the Royal Grenada Police Force launched the Special Victims Unit to handle cases of sexual assault, domestic violence, and child abuse, as well as a new hotline for reporting sexual abuse.

Poverty and unemployment are pervasive, and hamper the social mobility of many Grenadians.