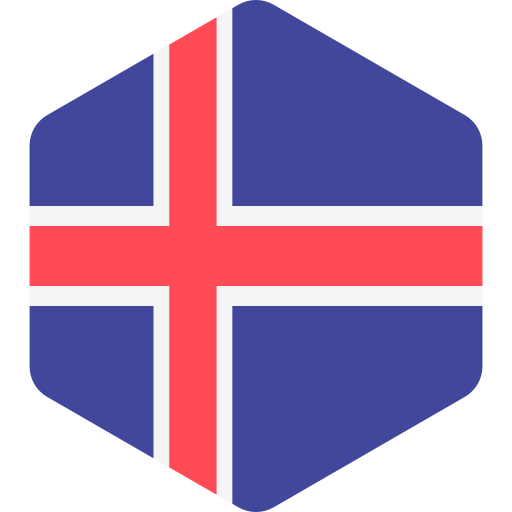 Iceland is a parliamentary democracy with a long history of upholding political rights and civil liberties. However, links between elected representatives and business interests remain a concern, as does the concentration of private media ownership. Reports of systematic exploitation of immigrant labor have escalated considerably.

The president serves as a largely ceremonial chief of state, is directly elected to a four-year term, and is not subject to term limits. President Gudni Thorlacius Jóhannesson was elected in 2016, taking 39.1 percent of the vote in a field of nine candidates. The Organization for Security and Co-Operation in Europe (OSCE) deployed an assessment mission ahead of the polls, and concluded that stakeholders had a high degree of confidence in Icelandic electoral processes. However, the OSCE reaffirmed past concerns about the possibility for early voting to begin before the candidate confirmation procedures closed. The OSCE declined to monitor the poll itself, and stakeholders accepted the results.

The unicameral Parliament is elected for four-year terms. The October 2017 election was the third parliamentary election in four years, following the dissolution of the governing coalition in the wake of a scandal involving then prime minister Benediktsson.

An OSCE monitoring mission found the elections well administered and in line with international standards for democratic elections. The Independence Party (IP) took a plurality of seats, with 16, the second-place LGM took 11, and the Progressive Party (PP) finished third, taking 8 seats. A new coalition government comprised of those three parties was seated following several weeks of multiparty coalition talks.

The constitution, the election law of 2000, and related legislation establish a clear and detailed framework for conducting elections. Electoral laws are implemented impartially by a variety of national- and regional-level authorities. However, the division of responsibilities between the relevant bodies is not always well defined.

An extensive constitutional reform process, launched by popular initiative in 2009, led to the drafting of a new constitution that, among other things, would harmonize the number of votes per seat in all constituencies. The draft was approved by referendum in 2012, but the initiative has since stalled in the legislature.

Political parties form and operate freely, and rise and fall according to political developments and the will of the public. In 2017, two new parties gained representation in the legislature: the Center Party (CP) and the People’s Party.

Opposition parties have the ability to gain power through free elections, as evidenced by the LGM’s gains in 2017 and inclusion in the coalition government. However, the IP has only rarely lost its status as the largest party in Parliament, and is usually part of the ruling coalition.

No military, foreign, or religious entities exert undemocratic influence over voters’ choices. However, some politicians and parties are closely linked with various business sectors, resulting in avenues for well-coordinated business interests to exert influence over politics.

All Icelandic citizens of adult age may vote in local and national elections. Foreigners can vote in municipal elections if they have been residents for at least five years, or three years if they are citizens of Nordic countries. The interests of women and LGBT (lesbian, gay, bisexual, and transgender) people are well represented in politics. In Reykjavík´s May 2018 municipal elections, an unprecedented number of immigrants ran for office.

The freely elected head of government and national legislative representatives determine the policies of the government.

Corrupt behavior by public officials is often exposed by the media, and Iceland has robust anticorruption laws. However, officials implicated in corrupt or unsavory behavior often continue to serve in government. For example, while former prime minister Sigmundur Davíd Gunnlaugsson resigned in 2016 after the Panama Papers revealed that he and his wife held millions of dollars in offshore accounts, he went on to form a new party, the CP, and regained a seat in Parliament in 2017.

At the beginning of 2018, Prime Minister Jakobsdóttir commissioned a report to garner recommendations for improving public confidence in the government. The report’s findings, released in September, called for legislation to facilitate access to information about public institutions and protection for whistleblowers in both the public and private sectors. A report published by the Council of Europe’s Group of States against Corruption (GRECO) in April criticized Iceland for inadequate enforcement of rules regarding conflicts of interest for government officials, and urged the government to strengthen rules on accepting gifts from third parties.

Iceland’s Information Act, passed in 2013 to strengthen existing legislation on transparency and freedom of information, has been criticized by press freedom advocates as having weak provisions. Public officials have sought to conceal information that may be embarrassing or implicate them in wrongdoing.

In November 2018, six leading members of Parliament from the PP and CP were secretly recorded making misogynistic, anti-LGBT, and ableist remarks about their colleagues at a bar in Reykjavík. An uproar ensued after the woman who recorded the conversation leaked it to the media. Four of the legislators involved petitioned the Reykjavík District Court to pursue charges against her for violating their privacy, but the court dismissed their claims in December.

The constitution guarantees freedom of speech and of the press. The autonomous Icelandic National Broadcasting Service (RÚV) competes with private radio and television stations. Private media ownership is concentrated, with the media company 365 controlling most of the major private television and radio outlets, as well as the free newspaper Frettabladid, which enjoys the highest circulation in the print market.

In 2017, just prior to the elections, media broke the story that former prime minister Benediktsson had sold his shares in Glitnir Bank just hours before the financial crash of 2008. Soon afterward, in response to a request from Glitnir’s bankruptcy estate, the Reykjavík district commissioner issued an injunction against the paper Stundin and the company Reykjavík Media barring use of documents from Glitnir’s estate in media coverage. Press freedom advocates blasted the ruling, characterizing it as a move to put the interests of banks above journalists’ duty to inform the public. In February 2018, the Reykjavík District Court lifted the injunction, again allowing the paper to use the Glitnir documents in its reporting. The case highlighted ongoing concerns about the growing use of legal mechanisms to hamstring reporting on issues relevant to the public interest.

The constitution provides for freedom of religion, which is generally upheld in practice. About three-quarters of Icelanders belong to the Evangelical Lutheran Church. The state supports the church through a special tax, which citizens can choose to direct to the University of Iceland instead.

In January 2018, PP legislators proposed a bill that would ban circumcision of male children for nonmedical reasons. Opponents argued that the bill discriminates against practitioners of Judaism and Islam. In April, the Judicial Affairs and Education Committee decided not to refer the bill to the floor of Parliament for debate.

Academic freedom is respected, and the education system is free of excessive political involvement.

People in Iceland may freely discuss personal views on sensitive topics without fear or surveillance or retribution.

Freedom of assembly is generally upheld.

The labor movement is robust, with more than 80 percent of all eligible workers belonging to unions. All unions have the right to strike, with the exception of the National Police Federation.

The judiciary is generally independent. Judges are proposed by an Interior Ministry selection committee and formally appointed by the president, and are not subject to term limits.

The law does not provide for trial by jury, but many trials and appeals use panels of several judges. Prison conditions generally meet international standards.

Police are generally responsive to incidents of violence. War and insurgencies are not a concern.

The constitution states that all people shall be treated equally before the law, regardless of sex, religion, ethnic origin, race, or other status. However, in 2017, the European Commission against Racism and Intolerance (ECRI) noted an apparent rise in racist discourse in Iceland in recent years.

The rate of refugee recognition in Iceland is very low compared to other northern European countries. In April 2018, the Directorate of Immigration ordered the deportation of a Nigerian asylum seeker who had arrived from Italy in 2017, as well as her infant son, who was born in Iceland. Critics argued that the deportation of the child would violate Icelandic law, which states that “a foreigner born in Iceland, who has since resided permanently and continuously in Iceland, cannot be denied entry to Iceland or expelled from Iceland.” In June, the Foreign Affairs Appeals Committee reversed the deportation decision, allowing both the mother and son to remain in the country.

Freedom of movement is constitutionally protected and respected in practice.

There is generally no undue government interference in business or private property ownership.

Parliament unanimously passed a law legalizing same-sex marriage in 2010, and a 2006 law established full and equal rights for same-sex couples in matters of adoption and assisted pregnancy. A comprehensive law on transgender issues adopted in 2012 aimed to simplify legal issues pertaining to gender reassignment surgery, to ensure full and equal rights for transgender people, and to guarantee relevant health care.

G4.      Do individuals enjoy equality of opportunity and freedom from economic exploitation? 3 / 4 (–1)

Citizens generally enjoy fair access to economic opportunity. However, the systematic exploitation of migrant workers, including underpaying employees and denying overtime, has become a significant problem in recent years, especially in the tourism industry. Employers who exploit workers have largely acted with impunity due to an inadequate government response. Wage theft is not punishable by law. There are reports of forced labor, primarily involving migrants, in the construction and service industries, and of forced sex work in nightclubs.

Score Change: The score declined from 4 to 3 because systematic exploitation of immigrant workers has emerged as a significant problem, and the legal framework and institutional capacity for addressing it is inadequate.