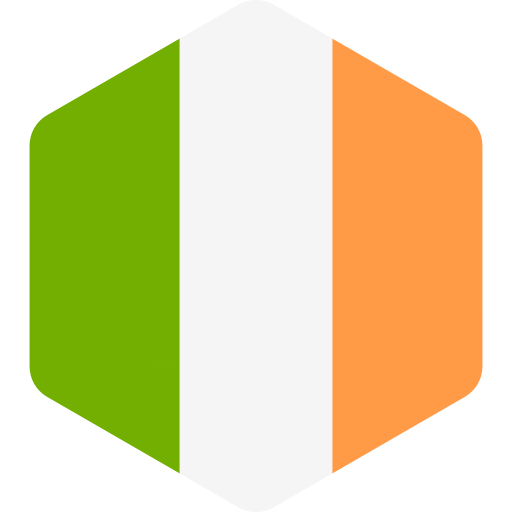 Ireland is a stable democracy in which political rights and civil liberties are respected and defended. There is some limited societal discrimination, especially against the traditionally nomadic Irish Travellers. Corruption scandals have plagued the police force, and domestic violence remains a problem.

The Taoiseach, or prime minister, is nominated by House of Representatives (Dàil Eireann) and formally appointed by the president. Thus, the legitimacy of the prime minister is largely dependent on the conduct of Dàil elections, which historically have free and fair. The Dàil elected Varadkar, of the Fine Gael party, as Taoiseach in June 2017, following the decision by Enda Kenny, also of Fine Gael, to step down after six years. The son of an Indian immigrant and openly gay, Varadkar is also Ireland’s youngest-ever Taoiseach, elected when he was 38 years old.

The president is elected to up to two seven-year terms, and as chief of state has mostly ceremonial duties. Higgins was reelected in October 2018. Voting in presidential elections has historically been free and fair.

The 2016 Dàil elections saw no major irregularities or unequal campaigning opportunities. Fine Gael remained the largest party, but with far fewer seats than it had taken in the 2011 general election, while Fianna Fáil more than doubled its share of the vote. Fine Gael formed a minority government with the support of some independent lawmakers and through a confidence-and-supply arrangement with Fianna Fáil, which in December 2018 was extended until 2020. (Under such arrangements, an opposition party agrees to support a minority government in confidence votes and matters relating to the budget, but may oppose it on other matters.)

Ireland has frequent referendums, especially on European Union (EU) treaties. While there is no evidence of interference in Ireland’s elections or referendums to date, Prime Minister Varadkar has emphasized the need to strengthen the country’s data protection systems to safeguard against external or nondemocratic forces interfering with future polls.

Political parties in Ireland are free to form and compete. The two main parties—Fianna Fáil and Fine Gael—do not differ widely in ideology; they represent the successors of opposing sides in the nation’s 1922–23 civil war. Other key parties include the Labour Party, Sinn Féin, and the Green Party. A record number of independent lawmakers, 23, entered the Dàil in 2016.

Opposition parties generally do not encounter restrictions or harassment that affects their ability to gain power through elections. Fianna Fáil dominated politics after Ireland became independent, holding power for 61 out of 79 years until 2011. Fine Gael is now the largest party in parliament.

Ethnic and other minorities are free to participate in politics. Women are active in politics but are underrepresented; 22 percent of Dàil representatives are women.

The roughly 30,000 members of the Irish Traveller minority have little political representation, and efforts to include them in political processes are minimal.

Ireland has a recent history of problems with political corruption, but has introduced anticorruption legislation in recent years. The Corruption Offences Act seeks  to consolidate and modernize anticorruption laws, and took effect in July 2018. It faced criticism, however, that it does not adequately address bribery. Ongoing scandals involving Ireland’s police force (An Garda Síochána) have raised concerns about a lack of safeguards against corruption in that sector.

In October 2018, a scandal relating to alleged corruption in the awarding of broadband contracts by the state led to the resignation of Denis Naughten, the minister for communications, climate action and the environment. An independent audit in November found no evidence that the procurement process had been tainted.

The public has broad access to official information under the 2014 Freedom of Information Act, though partial exemptions remain for the police and some other agencies. A Transparency Code requires open records on the groups and individuals that advise public officials on policy.

The government has been criticized for failing to consult meaningfully with civil society groups and relevant stakeholders in the formulation of some policies, particularly regarding members of the Romany minority, Travellers, and persons with disabilities.

Irish media are free and independent, and present a variety of viewpoints. The state may censor material deemed indecent or obscene, but this provision is rarely invoked. President Higgins officially removed references to criminal blasphemy offences from the constitution in November, following an October 2018 referendum in which roughly 65 percent of voters approved eliminating the offense.

Freedom of religion is constitutionally guaranteed. Although religious oaths are still required from senior public officials, there is no state religion, and adherents of other faiths face few impediments to religious expression. In recent years, Ireland has faced a notable decline in religiosity following a series of sexual abuse and other scandals involving the Roman Catholic Church and Catholic clergy.

Academic freedom is respected. The Catholic Church operates approximately 90 percent of Ireland’s schools and most schools include religious education, but parents may exempt their children from it. The constitution requires equal funding for schools run by different denominations.

There are no significant impediments to open and free private discussion, including in personal online communications.

The right to assemble freely is respected, and peaceful demonstrations are held each year.

Freedom of association is upheld, and nongovernmental organizations (NGOs) can operate freely.

Labor unions operate without hindrance, and collective bargaining is legal and unrestricted.

Ireland has a generally independent judiciary and a legal system based on common law. However, the government has not yet acted upon most of the recommendations issued in 2014 by the Council of Europe’s anticorruption body, known as GRECO, regarding the establishment of a Judicial Council and improvements to judicial appointments procedures. In a July 2018 report, GRECO expressed concern about a provision in proposed legislation that would permit a judicial appointments commission to be comprised largely of lay members.

Due process generally prevails in civil and criminal matters. However, the police force has been rocked by repeated scandals over the past years. The head of the Irish police resigned in 2017 in the wake of investigations of her handling of investigations of irregular use of breathalyzer tests, and questions about her approach toward whistleblowers. Separately, the 2017 final report of the Fennelly Commission that investigated allegations that some Garda stations had illegally taped telephone calls found evidence of unlawful recordings, but concluded that it was neither widespread nor systematic. The Garda have also been accused of routinely wiping penalty points from driving licenses of police members. A new head of the Irish police force was appointed in September 2018.

A series of official inquiries in recent years have detailed decades of past physical and emotional abuse—including forced labor as recently as 1996—against women and children in state institutions and by Catholic priests and nuns, as well as collusion to hide the abuse. In August 2018, Pope Francis visited Ireland and recognized the “outrage” over such abuse, including the scandal relating to the 2017 discovery of a mass grave of children and babies in a long-closed Catholic-church run care home in Tuam, County Galway.

Irish prisons and detention facilities are frequently dangerous, unsanitary, and overcrowded. The government has taken some steps to address a 2015 Council of Europe report that criticized the continued lack of toilet access in some cells.

Some politicians and communities have expressed concern about the impact of the United Kingdom’s impending departure from the EU (known as Brexit) on aspects of the 1998 Good Friday peace agreement, which ended a period of sectarian conflict in Northern Ireland known as the Troubles; some such concerns relate to a perceived risk of unrest at the Northern Ireland border. However, the threat of violence in Ireland remained low in 2018.

The Irish Travellers face discrimination in housing and hiring. Peter Casey, who ran for president in 2018, was criticized after making anti-Traveller remarks on a podcast he appeared on as part of his campaign. Both Higgins and Varadkar shortly afterward publicly denounced anti-Traveller sentiment, and Varadkar affirmed that his government recognized the Traveller ethnicity.

There are concerns that people with disabilities are persistently institutionalized and have suffered a severe reduction of social benefits as a result of a years-long austerity drive that followed the 2008–09 global financial crisis.

Irish law prohibits discrimination based on sexual orientation, but some social stigma against LGBT (lesbian, gay, bisexual, and transgender) people persists. In 2015, the parliament passed legislation to curtail an exemption that allowed health and educational institutions run by religious entities to practice employment discrimination on religious grounds—for example, on the basis of sexual orientation.

The asylum application process is complex, and asylum seekers can be housed for lengthy periods in poor living conditions. The 2015 International Protection Law expedites asylum procedures, although it focuses on enabling deportations rather than properly identifying and processing asylum cases.

Discrimination in the workplace on the basis of gender is illegal, but gender inequality in wages persists.

There are no restrictions on travel or the ability to change one’s place of residence, employment, or education.

Private businesses are free to operate, and property rights are generally respected.

G3.      Do individuals enjoy personal social freedoms, including choice of marriage partner and size of family, protection from domestic violence, and control over appearance? 4 / 4 (+1)

Domestic and sexual violence against women is a serious problem, and access to support for victims is particularly difficult for marginalized and immigrant women.

In a May 2018 referendum, over 66 percent of Irish voters chose to abolish a constitutional amendment that recognized the equal right to life of the mother and the unborn, and thus made almost all abortions illegal. The Health (Regulation of Termination of Pregnancy) Bill legalizing abortion was signed into law in December.

Score Change: The score improved from 3 to 4 due to the legalization of abortion.

People generally enjoy equality of opportunity. However, although the government works to combat human trafficking and protect victims, undocumented migrant workers remain at risk of trafficking and labor exploitation.