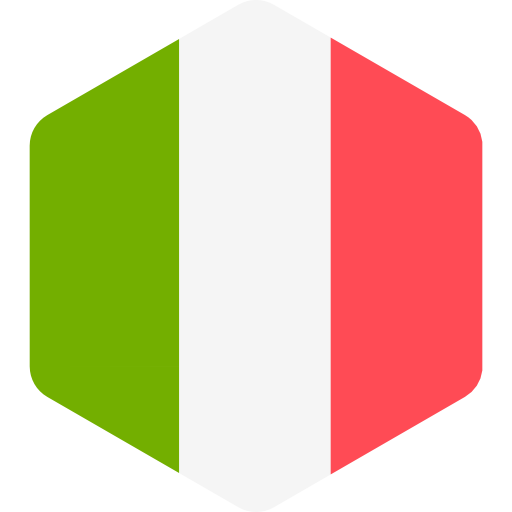 Italy’s parliamentary system features competitive multiparty elections. Civil liberties are generally respected, though the judicial system is undermined by long trial delays, and problems like organized crime and corruption persist. The election of a populist government in 2018 raised concerns about the rights of migrants, asylum seekers, and ethnic minorities.

Parliament and regional representatives elect the president, whose role is largely ceremonial but sometimes politically influential, for a seven-year term. The legitimacy of the presidential vote rests largely on the fairness of legislative elections. Sergio Mattarella, a former constitutional judge backed by the center-left Democratic Party, was elected president in 2015.

Giuseppe Conte, an independent law professor who was not a member of Parliament, became prime minister in June 2018 as part of the coalition agreement between the Five Star Movement and the League. Five Star leader Luigi Di Maio and League leader Matteo Salvini became deputy prime ministers.

The bicameral Parliament consists of the 630-member Chamber of Deputies and the 315-member Senate. Members of both houses are popularly elected for five-year terms, though the president can appoint five additional senators based on merit, and former presidents are also entitled to Senate seats.

While Italy’s electoral framework and campaign finance regulations are complex, the elections they enable have consistently been deemed fair and credible.

In early 2017, the Constitutional Court struck down part of a 2015 electoral reform that was designed to encourage majorities and avoid postelection deadlock by mandating a two-round system that awarded a supermajority of 340 seats in the lower house to a single party. The ruling left a system in which a 340-seat supermajority would be awarded to a party that won more than 40 percent of the vote in a single election round. However, in November of that year, Parliament adopted a new electoral law that introduced a mixed system in both houses, with 36 percent of seats allocated using the first-past-the-post method, and 64 percent using a proportional, party-list method. Unlike the 2015 measure, the new law encouraged coalition governments, as demonstrated by the 2018 election results.

Political parties are generally able to form and operate freely, and the political landscape features a high level of pluralism and competition. Since the beginning of the 1990s, politics have been characterized by unstable coalitions and the frequent emergence of new parties. The most prominent recent example is the Five Star Movement, whose rise in the 2013 elections changed the Italian party landscape into a tripolar system. The League is an older party, but after a change in its leadership and political program, it rose from about 4 percent of the vote in 2013 to about 17 percent in the 2018 elections.

Italy has a long record of frequent changes in the governing coalition, with multiple transfers of power between left and right since the early 1990s. The 2018 elections ended a period of leadership by the Democratic Party that began in 2013.

The public is generally free to make political choices without undue interference. However, organized crime groups retain some ability to threaten and influence politicians, especially at the local level.

Electoral laws contain provisions designed to encourage political participation by linguistic minorities. Women enjoy equal political rights under the law, though their interests are not always well represented in practice. Issues of concern to ethnic minorities play only a marginal role in national and local political agendas, and some municipal policies aggravate the exclusion of Roma.

Legal changes enacted at the end of 2018 tightened restrictions on citizenship and naturalization, forcing many applicants to wait several years for their documentation to be reviewed and introducing an Italian language fluency requirement in some cases.

Elected officials are able to craft and implement policy without improper interference from unelected entities. Prime Minister Conte took office in 2018 without having won a seat in Parliament. However, he was chosen as a compromise candidate by the League and the Five Star Movement, which together commanded a legislative majority and generally appeared to control government decision-making. His nomination was approved by the elected president.

Corruption remains a serious problem despite long-term efforts to combat it, and ties between organized crime and public officials persist. A number of local and regional officeholders have been sentenced to prison on graft charges in recent years. A 2017 antimafia law was intended to make some anticorruption procedures more efficient; it also created a government department to oversee assets confiscated in anticorruption cases.

A 2013 legislative decree established greater transparency of information within public administration. The government regularly complies with public requests for information, though delayed responses have been reported.

Freedom of the press is constitutionally guaranteed. Despite the rapid growth of the online news industry, traditional media still play a large role in news consumption. There are more than 100 daily newspapers, most of them locally or regionally based, as well as political party papers, free papers, and weekly publications. Concentration of ownership remains a major concern, but many viewpoints are available in the country’s media overall. Internet access is generally unrestricted.

Threats against journalists remain a problem. Scores of journalists have received temporary or long-term police protection in response to credible death threats, mostly from organized crime or extremist groups.

Religious freedom is constitutionally guaranteed and respected in practice. There is no official religion; while the Roman Catholic Church receives certain benefits under a treaty with the state, other groups have access to similar benefits through their own accords. Some local governments have raised obstacles to the construction and recognition of mosques.

There are no major restrictions on people’s ability to discuss controversial or sensitive topics in public without fear of surveillance or retribution.

The freedom to assemble peacefully is guaranteed in the constitution and typically upheld in practice.

NGOs are generally free to organize and operate. However, the government has had tense relations with those involved in rescue operations in the Mediterranean Sea, where hundreds and sometimes thousands of migrants and refugees die each year as they attempt to reach Europe from North Africa. Five NGOs, including Doctors Without Borders (MSF), refused to sign a new code of conduct issued by the government in 2017, citing concerns about rules that would allow police to board their vessels and that could limit their ability to transfer migrants from their own vessels to other ships. The new government in 2018 moved to ban NGO rescue vessels from docking at Italian ports, and at least one crew faced a criminal investigation during the year.

Trade unions are generally free to organize and operate. The constitution recognizes the right to strike but places restrictions on strikes by employees in essential sectors like transportation, sanitation, and health, as well as by some self-employed individuals, including lawyers, doctors, and truck drivers.

The judiciary is generally independent, though judicial corruption remains a concern.

Due process rights are largely upheld. However, judicial procedures are often characterized by lengthy delays; Italy has one of the lowest numbers of judges per capita in the European Union. The government has been criticized for denying detained migrants access to lawyers.

While the population is generally free from major threats to physical security, there have been reports of excessive use of force by police, particularly against people in the country illegally. Asylum seekers and undocumented migrants have been held in overcrowded and unhygienic conditions.

A 2017 law criminalized torture, though rights groups criticized it for defining torture narrowly and mandating a relatively short statute of limitations, which they identified as problematic in light of the delays that plague the justice system.

The law prohibits discrimination based on gender, race, sexual orientation, and other categories, and these protections are generally enforced. However, members of the Romany minority have unequal access to housing, and many live in segregated settlements that lack adequate infrastructure. LGBT (lesbian, gay, bisexual, and transgender) people face societal discrimination and occasional acts of violence.

Migration to Italy by sea has decreased since 2017, due in part to Italian cooperation with and investments in the Libyan coast guard. While the authorities have provided immediate emergency services to arriving migrants, many of whom are asylum seekers, they have struggled to organize long-term services such as housing and timely processing of asylum applications.

Individuals are generally free to travel and to change their place of residence, employment, and education.

The legal and regulatory framework supports property rights and the operation of private businesses, but corruption and organized crime can hinder normal business activity, as can onerous bureaucratic obstacles. Delays in court proceedings often undermine enforcement of protections for property rights.

The law protects individual freedom on personal status issues such as marriage and divorce. Same-sex civil unions with nearly all the benefits of marriage are permitted, and courts have begun to recognize second-parent adoption rights for same-sex couples. Domestic violence is a persistent problem, though public awareness of the issue is increasing due to advocacy campaigns.

The authorities generally enforce legal protections against exploitative working conditions. However, informally employed workers, including the many migrants and asylum seekers who have entered the country in recent years, are more vulnerable to abuses. The trafficking of women and girls for sexual exploitation also remains a concern, but the government actively works to identify and prosecute traffickers and funds services for victims.