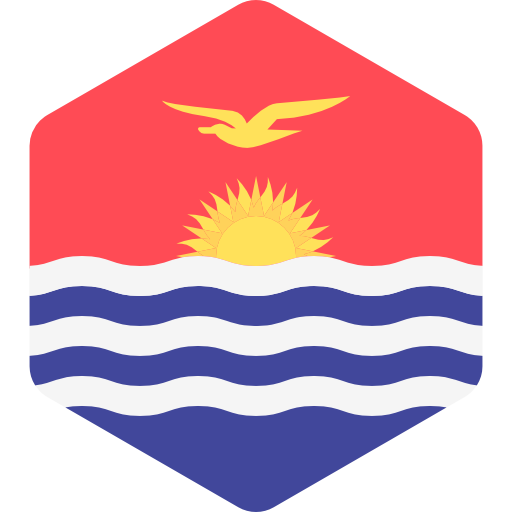 Kiribati is a multiparty democracy that holds regular elections and has experienced peaceful transfers of power between competing groups. Civil liberties are generally upheld, though outstanding problems include a ban on same-sex sexual activity, and some forms of gender discrimination.

Taneti Maamau of the Tobwaan Kiribati Party (TKP) was elected president in March 2016, taking 60 percent of the vote in a free and fair contest. His two opponents—Rimeta Beniamina and Tianeti Ioane, both of the Boutokan te Koaua Party (BTK)—received 39 percent and 1 percent, respectively. Incumbent president Anote Tong of the BTK was ineligible to run again, having reached his three-term limit.

The unicameral House of Assembly (Maneaba ni Maungatabu) has 46 members, all but two of whom are elected through a two-round runoff system from 26 constituencies. An appointed member is selected by representatives of people originally from the island of Banaba (Ocean Island) who now live on Fiji’s Rabi Island, having been displaced by phosphate mining during the 20th century. The attorney general holds a seat ex officio.

Free and fair parliamentary elections were held in December 2015, with a runoff round in January 2016. The BTK took 26 seats, while two parties that merged to form the TKP after the elections won 19.

The constitution and legal framework provide for democratic elections, and balloting is well administered in practice. Losing candidates and parties typically accept the final outcome of elections, and rarely raise accusations of malfeasance.

There are no constraints on the formation of or competition between political parties. The country’s parties are relatively loose alliances that lack formal platforms and are subject to periodic mergers and reconfigurations. Geographic and ancestral ties continue to play an important role in political affiliation.

Kiribati has a history of smooth and democratic transfers of power between government and opposition parties, with the most recent change in executive leadership occurring in 2016.

There are no significant constraints on the choices of voters and candidates imposed by forces not democratically accountable.

B4.      Do various segments of the population (including ethnic, religious, gender, LGBT, and other relevant groups) have full political rights and electoral opportunities? 3 / 4 (−1)

Score Change: The score declined from 4 to 3 due to low political representation and participation of women.

The president and cabinet are able to both form and implement their policy agenda without undue interference, while the legislature provides oversight and a check on executive authority.

While there is virtually no large-scale corruption in Kiribati, petty graft and nepotism in public appointments remain problems.

Kiribati lacks comprehensive regulations on public asset disclosure for officials, access to government information, and other transparency matters. In 2017, a former president told lawmakers that he had been denied access to basic data on copra production despite multiple requests. However, later in 2017 the president signed a new law, the Kiribati Audit Act, which strengthened the autonomy of the country’s Audit Office and established an independent board to oversee its work. (The office previously reported to the Finance Ministry.) The law also laid out enforcement mechanisms and broadened the scope of the Audit Office’s mandate, allowing more thorough assessments of budgets, expenditures, and government performance.

Some 80 people were killed in a ferry disaster in January 2018, when the Butiraoi, an interisland ferry, sank while traveling to Tarawa from the atoll of Nonouti. The government faced criticism after it failed to release its report on the disaster, but in December said it would be made public after a police investigation into the accident was completed.

While the market does not support a large and diverse media sector, there are no significant restrictions on the flow of news and information, which is often disseminated informally. A small number of private news outlets operate freely, and foreign radio services are available. A deal was signed in May with the Asian Development Bank to provide high-speed internet to Kiribati via submarine cable, potentially expanding access to media outlets.

Score Change: The score improved from 3 to 4 because while the market does not support a large and diverse media sector, there are no significant restrictions on the flow of news and information.

The constitution guarantees freedom of religion. Religious organizations of a certain size are required to register with the government, but there are no penalties for failing to do so. On two islands in the southern part of the archipelago that have overwhelmingly Protestant populations, members of small religious minorities are discouraged from engaging in public worship or proselytizing, though only a few dozen people are believed to be affected.

The school system is free of political indoctrination, and religious education by various denominations is available in public schools but not mandatory. There are no restrictions on academic freedom in the country, which hosts a campus of the Fiji-based University of the South Pacific as well as a teachers’ college and technical training centers.

The government does not impose constraints on freedom of speech or the expression of personal views.

Freedom of assembly is constitutionally protected and generally upheld in practice.

There are no undue constraints on nongovernmental organizations. The Kiribati Association of Non-Governmental Organisations (KANGO) serves as an umbrella group for some 39 local NGOs, including church-based groups and health associations.

Workers have the right to organize unions, strike, and bargain collectively. The Kiribati Trade Union Congress, an affiliate of the International Trade Union Confederation, claims some 3,000 members and includes unions and associations for nurses, teachers, fishermen, and seafarers.

Due process guarantees are typically respected during arrests, initial detentions, and trials. Detainees have access to lawyers, and defendants are usually granted bail while awaiting trial.

Police brutality is uncommon, and procedures for punishing such abuse are effective. Prison conditions are not considered harsh or inhumane. Kiribati has no army, relying on Australia and New Zealand to provide defense assistance under bilateral agreements. The use of traditional communal justice systems, which can include corporal punishment, is increasingly rare.

Women face legal discrimination on some issues as well as societal bias that limits their access to employment in practice. Citizenship laws favor men over women; for example by allowing fathers but not mothers to confer citizenship on their children.

Same-sex sexual activity is a criminal offense, though the ban is rarely enforced; discrimination in employment based on sexual orientation is prohibited.

In September 2018, Kiribati launched its first national disability action plan. The plan, to run through 2021, aims to help Kiribati implement the UN Convention on the Rights of Persons with Disabilities, to which it became a signatory in 2013.

There are no significant constraints on freedom of movement, though in the past village councils have used banishment as a punishment for wrongdoing.

Kiribati is considered among the world’s most environmentally vulnerable countries as a result of climate change and associated rising sea levels, which will affect coastal regions. The effects will likely have a detrimental impact on farming, fishing, and people’s access to fresh water and could ultimately make the country uninhabitable. As a result, the government has begun to develop a relocation plan to help citizens “migrate with dignity.”

The government operates a system of land registration and generally upholds property rights. Land is owned on either an individual or a kinship basis, and inheritance laws pertaining to land favor sons over daughters. The World Bank has reported some bureaucratic obstacles to private business activity.

Same-sex marriage is not permitted. Domestic violence is criminalized but remains a serious and widespread problem despite government efforts to combat it. Cultural norms deter formal complaints and police interventions.

There are few economic opportunities in Kiribati, with most citizens engaged in subsistence agriculture.

Although forced labor and other exploitative working conditions are uncommon, some local women and girls are vulnerable to commercial sexual exploitation, often involving the crews of visiting ships.