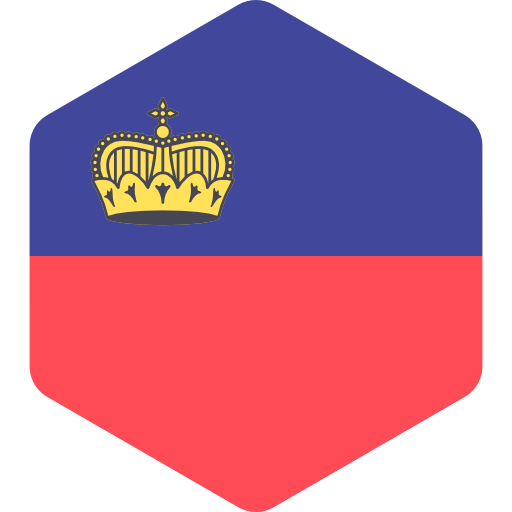 The Principality of Liechtenstein combines a powerful monarchy with a parliamentary system of government. The prince has an influential political role, which was enhanced by a constitutional referendum in 2003. Human rights and civil liberties are generally respected in the country.

A1.      Was the current head of government or other chief national authority elected through free and fair elections? 2 / 4

Liechtenstein has one of the most politically powerful hereditary monarchies in Europe. In a 2003 constitutional referendum, voters granted significantly more power to the prince. As head of state, the prince appoints the prime minister and cabinet on the recommendation of the parliament and has the authority to veto legislation and the outcome of public plebiscites, as well as to dismiss the government and dissolve the parliament.

Prince Hans-Adam II is the current head of state, but he delegated his governmental authority to his son, Hereditary Prince Alois, in 2004. Adrian Hasler has been prime minister since 2013, when his Progressive Citizens’ Party (FBP) won legislative elections.

The Landtag, the unicameral parliament, consists of 25 deputies chosen by proportional representation every four years. International observers considered the 2017 parliamentary elections to be credible. The ruling conservative FBP led the voting with nine seats, followed by its coalition partner, the center-right Patriotic Union (VU), with eight. The right-wing populist Independents (DU) and the center-left Free List (FL) won five and three seats, respectively.

The electoral framework provides a sound basis for democratic balloting. There are no formal provisions for election observation, but domestic and international observers are free to monitor the process. Voting is compulsory under the law, but the rule is not enforced.

B. POLITICAL PLURALISM AND PARTICIPATION: 13 / 16

There are no limits on the establishment or participation of political parties. The 8 percent vote threshold for representation in the parliament is comparatively high, though the 2013 elections marked the first time that four parties had won seats.

The unelected prince wields significant governmental authority, meaning the extent to which power can change hands through elections is limited. The FBP and VU have traditionally dominated the parliament, competing with each other and usually forming coalition governments. The FL has long served as a smaller opposition party, and DU has gained ground since entering the legislature with four seats in 2013, winning an additional seat in 2017. DU has campaigned on the theme that the political elite is out of touch and corrupt, and it makes occasional appeals to xenophobia.

Although citizens’ political choices are largely free from undue interference, the prince has the power to veto the outcome of national referendums and popular initiatives. He has occasionally threatened to use this power, thereby influencing the outcome of the votes. In a 2012 constitutional referendum, however, 76 percent of voters rejected a proposal to limit the prince’s veto power.

Transparency of political financing remains a concern. In a compliance report published in May 2018, the Council of Europe’s Group of States against Corruption (GRECO) noted that 12 out of its 20 earlier recommendations relating to corruption and party financing had been satisfactorily implemented, but that significant gaps remained. In response, the government in July approved a draft modification of the law on party financing that would increase transparency, in part by setting a cap on the size of anonymous donations. The bill was still under consideration by the parliament at year’s end.

Women and minorities generally enjoy formal political equality, though some disparities persist in practice. The number of women in the parliament declined in 2017 from six to three, which led to calls for the introduction of a gender quota. In 2016, in a move that showed some government commitment to representing women’s interests, Liechtenstein signed the Istanbul Convention on Preventing and Combating Violence against Women and Domestic Violence. However, in June 2018, representatives from nine nongovernmental organizations (NGOs) presented reports in which they accused the government of passivity regarding concrete measures to support gender equality.

Although elected executive and legislative officials set the policy agenda, the prince has significant governmental authority with no electoral mandate. He can dismiss the government and the parliament and veto legislation and referendums, and he plays a powerful role in the appointment of judges.

Anticorruption laws are effectively implemented, and levels of corruption are reportedly low. The May 2018 GRECO compliance report applauded Liechtenstein for the recent implementation of reforms to the criminal code, including the addition of charges for bribery in the private sector and the expansion of the definition of “public officials” to include a wider range of personnel, including all assembly members and parliamentary employees.

Although there is no constitutional guarantee of access to information, laws are in place to provide for government transparency, and these are largely respected in practice.

The government has made efforts in recent years to increase transparency in the banking sector. In October 2018, ECOFIN removed Liechtenstein from its “grey list” of tax havens, finding that the country—though not an EU member—was fully compliant with all EU tax standards. The country’s large financial industry has historically been criticized for enabling foreign clients to hide wealth from their respective governments and potentially aiding corruption or other criminal activity.

The constitution guarantees freedom of the press, which is respected in practice. Liechtenstein has one private television station, one public radio station, and two main newspapers that are owned by the two major political parties. The local media sector lacks pluralism, but residents have access to foreign news outlets, including broadcasts from Germany, Austria, and Switzerland.

Although the constitution establishes Roman Catholicism as the state religion, religious freedom is constitutionally guaranteed and protected in practice. Catholic or Protestant education is mandatory in all primary schools, but exemptions are routinely granted. Islamic religious classes have been offered in some primary schools since 2008. All religious groups have tax-exempt status.

Academic freedom is largely respected, with no significant restrictions by state or nonstate actors.

The law guarantees freedom of expression, but prohibits public insults directed against a race or ethnic group. There are no restrictions on internet access or online communication.

The constitution guarantees freedom of assembly, and this right is respected in practice.

Domestic and international nongovernmental organizations (NGOs) are able to function freely. The government largely cooperates with NGOs and is receptive to their viewpoints.

The law facilitates the formation of trade unions and collective bargaining, and workers enjoy freedom of association in practice. The principality has at least one trade union. While a 2008 legal change removed a ban on strikes for civil servants, the right to strike in general is not explicitly protected by law. Major labor disputes are rare in the country.

The judiciary is generally independent and impartial, but the constitution gives the prince a powerful influence over the appointment of judges, meaning the process lacks a key element of democratic accountability. The appointments of ad hoc judges, who often serve for a short time, are not publicly announced.

The constitution provides for the right to a fair trial, and the rights of defendants are usually respected. Most trials are public, and defendants are considered innocent until proven guilty. In a 2017 report, the Council of Europe’s Committee for the Prevention of Torture expressed concerns about some aspects of police custody procedures, including the fact that police can deny the presence of a lawyer during initial questioning.

People in Liechtenstein are largely free from the illegitimate use of physical force. Violent crime is extremely rare. While the country’s small prison facility can hold up to 16 men and four women in short-term detention, convicted offenders serve their sentences in neighboring Austria.

The legal framework prohibits discrimination on various grounds, though some shortcomings remain. In a report published in May 2018, the European Commission against Racism and Intolerance (ECRI) reiterated the need for Liechtenstein to ratify Protocol 12 to the European Convention on Human Rights, which provides a general prohibition against discrimination. The commission highlighted the absence of a regulatory office to address hate speech in the media, and the need to endorse the Additional Protocol to the Convention on Cybercrime to combat online hate speech. In addition, ECRI called on Liechtenstein to ban the formation of racist groups.

Despite the presence of antidiscrimination laws, women, particularly Muslim women, and LGBT (lesbian, gay, bisexual, and transgender) people experience employment discrimination. LGBT individuals face social stigma, and according to a leading human rights group, often do not disclose their sexual orientation or gender identity out of fear of bias.

There are no significant restrictions on freedom of movement in Liechtenstein.

The legal framework generally protects property rights and supports private business activity without undue restrictions. Nonresidents are not allowed to establish a business in Liechtenstein, but prospective business owners exploit loopholes to work around the law.

Domestic violence and spousal rape are illegal in Liechtenstein, and authorities effectively prosecute offenders and protect victims. Abortion is criminalized unless the woman is at risk of death or serious harm to her health, or was under age 14 at the time of conception. A 2011 referendum to expand the conditions for legal abortion was defeated by voters.

Liechtenstein is largely free from economic exploitation and human trafficking. Despite the country’s overall wealth and low unemployment rates, however, relative poverty persists among some communities. Immigrants in particular often struggle to achieve economic security and social mobility.