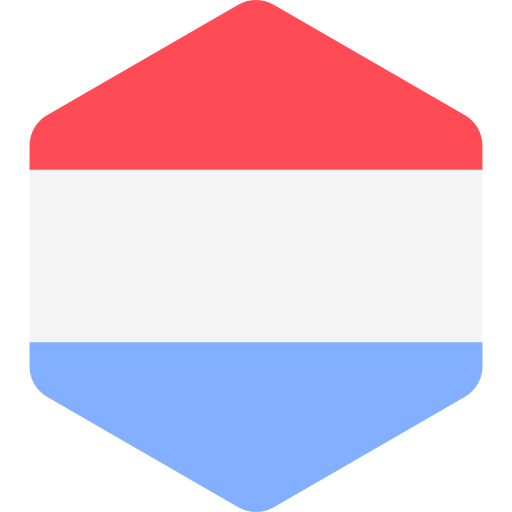 Luxembourg is a constitutional monarchy with a democratically elected government. Political rights and civil liberties are generally respected. Ongoing concerns include insufficient government transparency and inadequate safeguards against conflicts of interest.

The prime minister is the head of government and serves five-year terms. The leader of the majority coalition formed after parliamentary elections is appointed prime minister by the hereditary monarch, the grand duke, whose powers are largely ceremonial.

Incumbent prime minister Xavier Bettel was appointed to form a new government in October 2018 following that month’s parliamentary elections. The new government, which took office in December, was based on the existing coalition of the DP, the LSAP, and the DG. The elections were generally viewed as credible.

The unicameral legislature, the Chamber of Deputies, consists of 60 members elected to five-year terms by proportional representation. In the October 2018 elections, the DP led the ruling coalition parties with 12 seats, followed by the LSAP with 10 and the DG with 9. The main opposition party, the CSV, won 21 seats. The populist right-wing Alternative Democratic Reform Party (ADR) won 4 seats, while the Pirate Party and the Left each took 2. The elections were generally seen as free and fair, though the campaign was marked by some anti-Semitic vandalism of DP candidate posters.

The electoral laws and framework are considered fair, and they are generally implemented impartially. Voting is compulsory. In 2017, the government passed a law allowing postal ballots for all citizens.

A multiparty Constitutional Revision Committee completed its draft of a new constitution in June 2018. The charter, which did not include major changes to the political system, would take effect only after it had been approved by the parliament and by the public in a referendum. The parliament had yet to approve the draft at year’s end.

The political system is open to the establishment of new parties, which do not face undue obstacles in their formation or activities. Three parties have traditionally dominated politics: the CSV, historically aligned with the Catholic Church; the LSAP, a formerly radical but now center-left party representing the working class; and the DP, which favors free-market economic policies. Three smaller parties, the DG, the ADR, and the Left, have also won representation since at least the 1990s.

The country has a record of peaceful transfers of power between rival parties. Both the DP and the DG were in the opposition before forming the governing coalition with the LSAP in 2013. The CSV, which had played a leading role in most governments since 1945, was forced into opposition in 2013 for the first time since 1979, and it remained out of government following the 2018 elections.

Citizens are generally able to make political choices without undue interference from any democratically unaccountable groups.

Women engage actively in politics, and the government has taken measures to encourage greater participation. A 2016 law mandates that at least 40 percent of each party’s electoral candidates be women; parties risk losing a portion of their public financing if they do not meet the quota. Twelve women won seats in the 2018 parliamentary elections. Citizens who belong to ethnic and other minorities, including LGBT (lesbian, gay, bisexual, and transgender) people, enjoy full political rights and are free to participate in practice. Bettel became the nation’s first openly gay prime minister in 2013.

About 47 percent of the population consists of foreign nationals, most of whom are citizens of other European Union (EU) member states, with Portugal accounting for the largest single contingent. The law allows naturalization and dual nationality, and children automatically gain citizenship when a parent is naturalized. Foreign residents are entitled to vote in municipal elections.

The prime minister, cabinet, and parliament are able to determine and implement the government’s policies without improper interference from unelected entities.

Corruption is not widespread in Luxembourg, and allegations of corruption are generally investigated and prosecuted. However, the Council of Europe’s Group of States against Corruption (GRECO) has criticized the government for failing to develop a comprehensive strategy to prevent corruption. In addition, rules on accepting gifts, lobbying, and mitigating conflicts of interest after government officials leave office are lacking.

While the legislative process and government operations are largely transparent, there is no comprehensive freedom of information law in place, and in practice the media and civil society groups often have difficulty obtaining official information. Cabinet members are obligated to disclose any shares in companies that they own, but there are no penalties for those who do not cooperate.

Freedom of the press is guaranteed by the constitution and generally respected in practice. A single conglomerate, RTL, dominates broadcast radio and television, though numerous print, online, and foreign news sources are also available and present a broad range of views. Internet access is not restricted.

Freedom of religion is largely respected in practice. The state has historically paid the salaries of clergy from a variety of Christian groups, but a 2016 law ended the practice for all clergy hired after that point. Under the law, the government continued to provide some funding to six major recognized religious communities, including the Muslim community, based on their size. Religious instruction in secondary and primary schools was phased out in 2016–17. In April 2018, the parliament adopted legislation that banned face coverings in schools, medical facilities, public buildings, public transport, and retirement homes. The law was widely understood to be aimed at Muslims, though the wearing of such garments is extremely rare in the country.

Freedom of expression is largely respected, and individuals can voice their political views without fear of retribution.

Freedom of assembly is guaranteed by the constitution and generally respected in practice.

Nongovernmental organizations (NGOs) are largely free to operate without any undue restrictions.

Workers are free to organize in trade unions and bargain collectively. The right to strike is guaranteed once conciliation procedures are formally exhausted. Employers are subject to penalties for antiunion discrimination.

Judicial independence is generally upheld. Judges are appointed by the grand duke and cannot be removed arbitrarily. In June 2018, as part of an effort to further strengthen judicial independence, the minister of justice presented a bill that would establish a Supreme Council of Justice tasked with nominating judges for appointment by the grand duke. The council would consist of six magistrates, including three elected by their peers, and three nonmagistrates representing civil society, academia, and the legal profession. The bill, which had yet to be adopted at year’s end, also included provisions meant to ensure prosecutorial independence and modernize the court system.

Due process is largely upheld in civil and criminal matters. Defendants have the right to a fair and public trial, and this right is generally respected. Trials can be lengthy because many defendants are foreign nationals, and cases often involve other foreign individuals or institutions. Police typically observe safeguards against arbitrary arrest and detention.

There are no major threats to civilians’ physical security. Prison conditions and protections against the illegitimate use of force are adequate, and violent crime is rare.

Discrimination on the basis of race, religion, disability, age, sex, gender identity, or sexual orientation is prohibited by law. The rights of LGBT (lesbian, gay, bisexual, and transgender) people are generally respected.

Women have benefited from reductions in the gender pay gap and an increase in their labor participation rate in recent years, though women still hold significantly fewer senior positions than men, for example on boards of directors.

Individuals generally enjoy freedom of movement, and there are no significant restrictions on their ability to change their place of residence, employment, or institution of higher education.

The rights to own property and operate private businesses are legally protected and respected in practice.

Individual freedom on issues such as marriage and divorce is generally guaranteed. Same-sex marriage has been legal since 2014, and same-sex couples have full adoption rights. Abortions are legal on request within the first trimester of pregnancy; later abortions require two doctors to determine that the pregnancy threatens the woman’s life or health. The authorities generally uphold laws and practices meant to address rape and domestic violence.

The country’s residents largely enjoy equality of opportunity, and the government enforces legal protections against exploitative working conditions. Occasional cases of forced labor in the construction and food-service industries have been reported, especially among migrant workers.