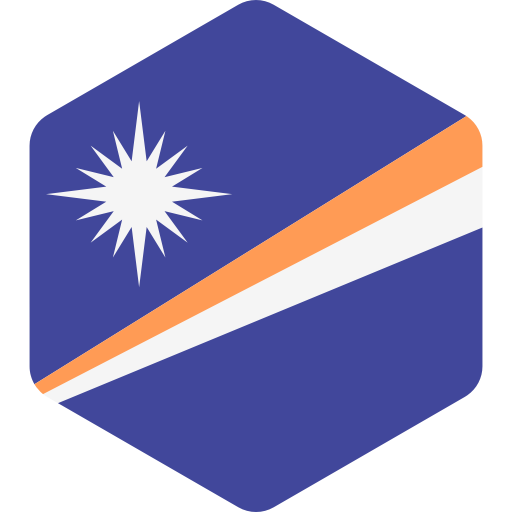 The Republic of the Marshall Islands is a stable democracy with regular, competitive elections, an independent judiciary, and a free press. Civil liberties are generally respected. Persistent problems include corruption, gender discrimination, and domestic violence.

In January 2016, following legislative elections in November 2015, Casten Nemra was elected president by a narrow margin with support from the governing Aelon Kein Ad (AKA) party. However, he lost a confidence vote only two weeks later after shifts in party affiliation gave the opposition Kien Eo Am (KEA) party a majority. Hilda Heine was chosen to replace Nemra. In November 2018, Heine narrowly survived a confidence vote brought against her. Her opponents in the parliament claimed the vote was due to a controversial plan to introduce cryptocurrency as legal tender, but Heine argued that it was because of her refusal to support plans to create a tax haven that would be governed independently.

The parliament, known as the Nitijela, consists of 33 members, with 19 directly elected in single-member districts and five in multimember districts with between two and five seats. Elections are officially nonpartisan, and lawmakers are free to form alliances and change party affiliations after taking office.

The 2015 elections featured significant turnover, with 14 of the 33 seats changing hands. The results were a blow to the government of incumbent president Chris Loeak, who saw about half of his cabinet members voted out of office. There were no reports of violence or complaints of fraud or irregularities. Voter turnout was lower than usual at 46 percent, though some observers suggested that the list of registered voters was inflated with deceased citizens, making the turnout figure artificially low.

B1.      Do the people have the right to organize in different political parties or other competitive political groupings of their choice, and is the system free of undue obstacles to the rise and fall of these competing parties or groupings? 4 / 4 (+1)

Despite the fact that parliamentary elections are technically nonpartisan, politicians can organize in party groupings that compete freely and do not encounter obstacles from state or nonstate actors. Parties tend to function as loose coalitions among lawmakers, and party switching is common.

Score Change: The score improved from 3 to 4 because although parliamentary elections are formally nonpartisan, politicians organize in party groupings that compete freely in practice.

The country has an established record of democratic transfers of power between rival party groups. Some governments have been replaced as a result of elections, while others have been toppled by no-confidence votes like that which brought Heine to power in 2016.

The influence of China on lawmakers in the Marshall Islands was a source of controversy in 2018. President Heine claimed that the confidence vote against her was coordinated by Chinese business interests seeking to create an independently governed tax haven on an atoll in the Marshall Islands; Heine opposed the plan, arguing that it would enable widespread money laundering. She claimed that several of the legislators who initiated the confidence vote had ties to a Chinese businessman who had initially proposed the tax-haven plan.

Naturalized citizens were allowed to run as candidates in the 2015 elections after a court ruling found that a 1980 law requiring parliamentary candidates to have at least one Marshallese parent and traditional land rights was unconstitutional.

Women have full political rights, though traditional gender roles have limited their participation to some extent, and just three women won seats in the 2015 elections. Heine is the country’s first female president and the first female leader of a Pacific island state.

There are no undue restrictions on the elected government’s ability to form and implement laws and policies. A body of traditional leaders, the Council of Iroij, has an advisory role under the constitution. Its 12 members can offer joint opinions and request reconsideration of any bill affecting customary law, traditional practices, land tenure, and related matters.

The Republic of the Marshall Islands has close relations with the United States under a 1986 Compact of Free Association, which allows the US military to operate in the country in exchange for defense guarantees and development assistance. A component of the compact in force through 2023 calls for the United States to provide about $70 million in annual aid, including contributions to a trust fund for the country. US funds to the Marshall Islands for fiscal year 2018 were directed to the education, health, and infrastructure sectors.

Corruption has been a chronic problem, though auditing bodies and the independent courts are somewhat effective in detecting abuses and holding officials accountable. High-ranking public officials, however, are rarely prosecuted for corruption. Corruption is most prevalent in foreign aid, government procurement, and transfers.

There is not a strong legal mechanism for obtaining access to government information, but documents can often be obtained through the courts. Auditors have repeatedly found invalid or poorly documented spending practices at government ministries, agencies, and state-owned enterprises. In November 2018, the government and the World Bank began a program aimed at strengthening public-procurement and budget-reporting processes, with the ultimate goal of enhancing transparency.

The government generally respects the freedoms of speech and the press. A privately owned newspaper, the Marshall Islands Journal, publishes articles in English and Marshallese. Broadcast outlets include both government- and church-owned radio stations, and cable television offers a variety of international news and entertainment programs. Internet access is expanding, reaching nearly 40 percent of the population by 2018, but it remains limited due to poor infrastructure and high costs.

Freedom of movement is generally respected. Marshallese citizens have the right to live and work in the United States and to travel there without a visa.

Personal social freedoms are mostly upheld. However, the minimum age for marriage is 16 for women and 18 for men; about a quarter of women aged 20–24 were married by age 18. While domestic violence remains widespread, reporting of the problem has apparently increased in recent years due to improved processes for obtaining orders of protection.

The government enforces a minimum wage law, though it does not apply to the informal sector. Some local and East Asian women are subjected to forced prostitution in a trade that depends on visiting freight or fishing vessels. According to the US State Department’s 2018 Trafficking in Persons Report, the government has increased law enforcement efforts against trafficking and provided more services for victims.