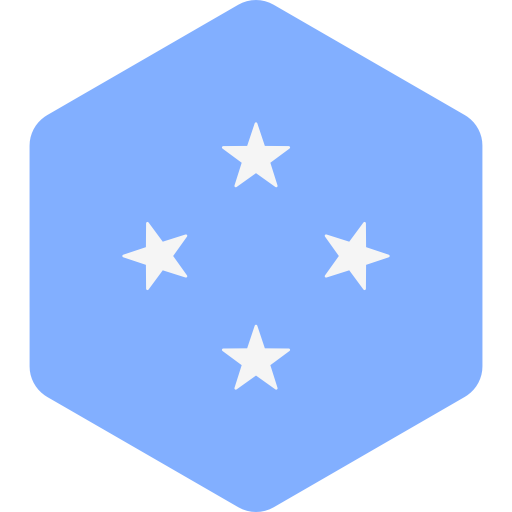 The Federated States of Micronesia (FSM) is a relatively stable democracy that holds regular, competitive elections. However, secessionist movements have sometimes unsettled the country’s politics and threatened its unity. The judiciary is independent, and civil liberties are generally respected. Ongoing problems include underreporting of domestic violence and the exploitation of migrant workers.

Each of the four states (Yap, Chuuk, Pohnpei, and Kosrae) also has its own elected governor.

The 14-member Congress, Micronesia’s unicameral legislature, consists of one senator elected by each state to serve four-year terms and 10 members elected for two-year terms in single-member districts that are allocated according to population. Each state also has its own elected legislature.

In 2017, the FSM held congressional elections for the 10 two-year seats. Eight of the incumbents were returned to office, and all candidates ran as independents. There were no reports of fraud or irregularities.

Elections in Micronesia, which are generally considered free and fair, are administered by a government agency headed by a national election director and one commissioner for each state. Constitutional amendments must be approved by three-quarters of voters in at least three of the four states.

There are no formal political parties, but there are no restrictions on their formation. All candidates ran as independents in the 2015 general elections and the 2017 congressional elections.

The country has an established record of democratic power transfers. Under an informal agreement, the presidency has typically rotated among the four states, but Congress has sometimes chosen to deviate from this pattern.

Traditional leaders and institutions exercise significant influence in society, especially at the village level. However, neither these nor donor countries like the United States and China exert undue control over the political choices of voters or candidates.

Women and minority groups formally have full political rights, and they are free to participate in practice, though women’s political engagement is limited to some extent by traditional biases. Two female candidates ran unsuccessfully in the 2017 congressional elections, and the FSM remained one of the few countries in the world with no women in its national legislature.

Elected officials determine and implement policy and legislation at the federal level, though considerable authority is vested in the states and their elected governments. Some leading politicians from Chuuk, by far the most populous state, have advocated independence from the FSM in recent years, and during 2018, the issue remained a topic of public discussion under the guidance of the Chuuk Political Status Commission. Opponents of Chuuk’s secession have argued that its separation from the FSM would be unconstitutional. In August, Robert Riley, the US ambassador to the FSM, warned against the state’s independence, asserting that an independent Chuuk would lose US aid funds. In response to Riley’s statements, critics accused the ambassador of meddling in the country’s internal affairs. A referendum on independence for Chuuk was scheduled for March 2019, but in December, the Chuuk State Legislature decided to postpone the vote indefinitely, a move that was condemned by independence advocates.

The FSM relies on defense guarantees and economic assistance from the United States under a 1986 Compact of Free Association. Under the current terms of the compact, the United States will provide more than $130 million in annual aid through 2023, in addition to funding from applicable US federal programs. China has also become an increasingly important partner for trade and development aid in recent years, though its role does not amount to undue interference in FSM governance.

Official corruption is a problem and a source of public discontent. Complaints about misuse of public resources are frequent, particularly from US authorities overseeing aid funds. Government entities responsible for combating corruption, including the attorney general’s office and a public auditor, are independent and fairly effective, though some corrupt officials reportedly enjoy impunity.

Government operations and legislative processes are generally transparent, though there is no comprehensive law guaranteeing public access to government information. Limited technical capacity and the country’s sprawling geography pose practical barriers to openness and accountability in the FSM. Officials are not legally obliged to submit asset disclosures.

The news media operate freely. Print outlets include government-published newsletters and several small, privately owned weekly and monthly newspapers. There are a number of radio stations, cable television is available, and satellite television is increasingly common. More than a third of the population has internet access.

Religious freedom is generally respected, and religious groups are not required to register with the government. About 99 percent of the population is Christian. A small Ahmadi Muslim community has reported some instances of discrimination and vandalism.

There were no reports of restrictions on academic freedom in 2018.

The constitution guarantees freedom of expression, and there are no significant constraints on this right in practice. The government does not improperly monitor personal communications or social media activity.

Freedom of assembly is protected by the constitution, and demonstrations typically proceed peacefully.

Citizens are free to organize in civic groups, and a number of students’ and women’s organizations are active.

Union rights are generally respected, and there are no laws to prevent workers from forming unions, engaging in collective bargaining, or striking. However, such activities are not specifically protected or regulated by law, and few employers are large enough to support unionization in practice.

The judiciary is independent. The chief justice, who administers the judicial system, and the associate justices of the Supreme Court are appointed by the president with the approval of a two-thirds majority in Congress. They are appointed for life terms and cannot be removed arbitrarily.

The police respect legal safeguards against arbitrary arrest and detention, and defendants are generally provided with basic due process guarantees surrounding trials and appeals. However, a shortage of lawyers may sometimes impair detainees’ access to counsel in practice.

There were no reports of physical abuse or inhumane treatment by police or prison officials in 2018. Criminal activity does not pose a major threat to physical security, though police have struggled to deal with illegal fishing.

The constitution gives citizens equal protection under the law and prohibits discrimination based on race, ancestry, national origin, gender, sexual orientation, language, or social status. In November 2018, Congress passed a landmark law prohibiting discrimination based on sexual orientation, which President Christian signed in December. However, the law did not mention gender identity, leaving transgender people vulnerable to continued discrimination. That vulnerability was demonstrated in November, when a senator from Yap introduced a bill in Congress that would ban transgender people from employment in the federal government. The bill had not been debated at year’s end.

Women generally receive equal pay in formal employment, though they continue to suffer from a degree of societal discrimination.

Freedom of movement is generally respected. Under the Compact of Free Association, Micronesians are free to travel to the United States without visas for residence, education, and employment. Many Micronesians have migrated to US Pacific states or territories such as Hawaii and Guam.

G2.      Are individuals able to exercise the right to own property and establish private businesses without undue interference from state or nonstate actors? 3 / 4 (−1)

Property rights are protected by law, and individuals are able to operate private businesses; most such enterprises are small and family owned in practice. However, property and business rights are somewhat restricted for foreigners. Noncitizens are legally prohibited from owning land, and a number of regulations limit the kinds of businesses that they can own and operate.

Score Change: The score declined from 4 to 3 due to restrictions on noncitizens’ ability to own property and operate businesses in certain sectors.

Personal social freedoms are largely protected. However, there are no specific laws against spousal rape, and both rape and domestic violence are rarely prosecuted due to societal inhibitions against reporting such crimes.

Forced labor is prohibited, and the government effectively enforces basic standards for working conditions in the formal sector. Foreign migrant workers nevertheless remain vulnerable to exploitative labor practices, including on foreign fishing vessels in FSM waters, and some Micronesian women are reportedly trafficked for sexual exploitation. In September 2018, the Philippines government banned all overseas Filipino workers from employment in Micronesia due to reports of abuse and maltreatment.