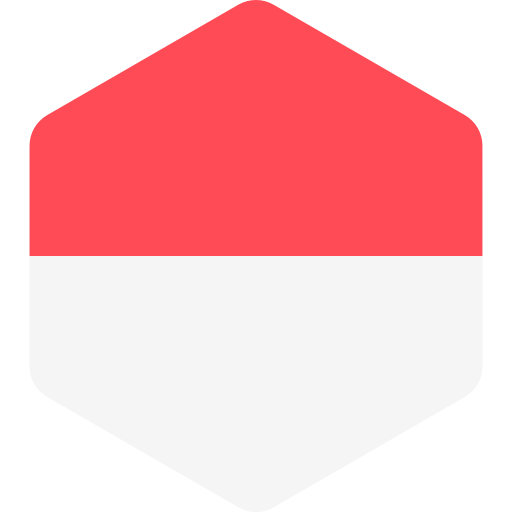 The Principality of Monaco is a constitutional monarchy headed by Prince Albert II. The prince appoints the government, which is responsible only to him. Legislative power is exercised jointly by the prince and the freely elected parliament. Civil liberties are generally respected.

A1.      Was the current head of government or other chief national authority elected through free and fair elections? 0 / 4

The hereditary monarch holds extensive executive authority, including the exclusive right to change the government, and there are no constitutional provisions allowing citizens to alter this system. The current prince, Albert II, took the throne after his father’s death in 2005. The head of government, known as the minister of state, is traditionally appointed by the monarch from a candidate list of three French nationals submitted by the French government. Serge Telle, the current minister of state, took office in 2016.

The 24 members of the unicameral National Council are elected for five-year terms; the 16 candidates who receive the most votes are elected, and the remaining 8 seats are filled through list-based proportional representation. The February 2018 elections were evaluated as credible by international observers. The new political movement Priorité Monaco, led by veteran politician Stéphane Valeri and defectors from the more established Horizon Monaco, won 58 percent of the vote and 21 seats. Horizon Monaco itself took 26 percent and 2 seats, while the Union Monégasque took 16 percent and the remaining seat. After the elections, Valeri became president of the National Council, which is regarded as the most powerful elected office in Monaco.

A3.      Are the electoral laws and framework fair, and are they implemented impartially by the relevant election management bodies? 4 / 4 (+1)

The legal framework provides an adequate basis for credible elections, and a number of recent changes have improved the conduct of elections, including the modification of campaign finance rules in 2017 and the broadening of suffrage rights for detainees in 2014. However, in a 2018 report, the Organization for Security and Co-operation in Europe (OSCE) argued that the campaign finance system could be further strengthened.

Municipal authorities, led by the mayor of Monaco, form an Electoral Committee that administer elections with support from the Interior Ministry, and observers view their conduct to be credible. However, technical meetings in preparation for elections are not open to the public, limiting the committee’s transparency.

Score Change: The score improved from 3 to 4 because the legal framework governing the 2018 elections featured recent changes that increased its fairness and transparency, especially with respect to campaign finance regulations and suffrage rights for detainees.

B. POLITICAL PLURALISM AND PARTICIPATION: 10 / 16

B1.      Do the people have the right to organize in different political parties or other competitive political groupings of their choice, and is the system free of undue obstacles to the rise and fall of these competing parties or groupings? 3 / 4

Political associations, groupings of people who hold similar political viewpoints, compete in Monaco, rather than traditional parties. There are no undue restrictions on the formation of new political associations. However, office seekers are prohibited from running as individual independent candidates; independents must instead form a list of at least 13 candidates to participate in elections.

B2.      Is there a realistic opportunity for the opposition to increase its support or gain power through elections? 2 / 4

Opposition political associations are able to gain seats in the parliament. In 2018, the new political movement Priorité Monaco, also known as Primo!, won 21 seats, while Horizon Monaco fell from 20 seats to just 2. However, there are structural limits on the opposition’s ability to secure executive power through elections, as the cabinet—appointed by the prince—is not responsible to the elected parliament.

B3.      Are the people’s political choices free from domination by the military, foreign powers, religious hierarchies, economic oligarchies, or any other powerful group that is not democratically accountable? 2 / 4

The fact that the head of government is a French national appointed from a list submitted by the French government, and that the powerful head of state is an unelected monarch, means that people’s political participation is heavily circumscribed by democratically unaccountable forces. Nevertheless, voters’ and candidates’ choices with respect to parliamentary representation is largely free from domination by such entities.

Only about 9,000 of Monaco’s residents are citizens, and noncitizens do not have the right to vote or run for office, though a number of legal routes to naturalization are available. Most noncitizen residents are nationals of neighboring France or Italy. Women and members of minority groups are free to participate in elections, both as voters and candidates, but women’s interests are not always well represented in the political system, and only eight women were elected to the parliament in 2018.

The hereditary prince has significant governing authority, including the exclusive power to initiate legislation, conduct foreign policy, and approve changes to the constitution. However, all legislation and the budget require parliamentary approval, and the parliament is generally free from interference by unelected groups.

Despite recent improvements in the anticorruption legal framework, several loopholes remain. The parliament lacks a code of conduct on accepting gifts or potential conflicts of interest. High-level corruption is a problem, and officials sometimes act with impunity. In 2017, Director of Judicial Services Philippe Narmino resigned after it was revealed that wealthy Russian businessman Dmitriy Rybolovlev gave him gifts in exchange for pursuing fraud charges against an art dealer. The Rybolovlev case revealed extensive corruption in Monaco’s judicial system. Former attorney general Jean-Pierre Dréno was charged in connection with the case in June 2018, though he was later released; nine additional suspects, including the head and deputy head of the judicial police, were identified in November.

The law generally provides for public access to government information, including draft laws and proposed legislation. However, a 2017 report by the Council of Europe’s Group of States against Corruption (GRECO) highlighted insufficient mechanisms to ensure transparency in parliamentary work, including a lack of consultation with the public on proposed legislation and the confidentiality of committee meetings. There are no financial disclosure laws in place for lawmakers or officials appointed by the prince.

The constitution provides for freedom of expression, and press freedom is generally respected in practice. Monaco has a weekly government newspaper, an English-language monthly, and several online publications. In addition, there is one public television channel and one privately owned channel. French and Italian broadcast and print media are widely available, and internet access is not restricted.

Roman Catholicism is the official state religion, but the constitution guarantees freedom of religion and public worship, and this is largely respected in practice. Jehovah’s Witnesses have struggled to secure official recognition as a religious association, which confers the ability to own property and hire employees.

There are no undue restrictions on academic freedom.

People are generally free to express their personal views without fear of retribution. Insulting the ruling family is illegal and can result in prison sentences of up to five years, but the law is infrequently enforced.

The constitution provides for freedom of assembly, which is generally respected in practice.

No significant restrictions are imposed on the formation or operation of nongovernmental organizations (NGOs).

The law grants workers the right to establish unions and bargain collectively, and antiunion discrimination is prohibited. All workers except government employees have the right to strike. Unions and employers engage in collective bargaining in practice.

The constitution provides for an independent judiciary. The prince names five full members and two judicial assistants to the Supreme Court based on nominations by the National Council, government bodies, and the lower courts. The recruitment process for judges lacks transparency, which contributes to a perception that they may lack independence. The Judicial Service Commission is ostensibly responsible for ensuring the independence of the judiciary, but in practice it lacks enforcement power. The director of judicial services, who oversees the judicial and law enforcement systems, is responsible only to the prince. Approximately half of the judges in Monaco are Monegasque nationals, and the other half are French nationals.

Due process rights are generally respected. Defendants are presumed innocent until proven guilty and are informed of the charges against them promptly. Defendants have access to attorneys and sufficient time to prepare a defense.

The population faces no major threats to physical security. Violent crime and excessive use of force by police are both rare in Monaco.

Monaco lacks a law that broadly prohibits discrimination based on race or ethnicity, though insults and defamation on such grounds are illegal. In the absence of a comprehensive law, Article 14 of the European Convention on Human Rights is used to prevent and punish discrimination. The government established the Office of the High Commissioner for the Protection of Rights, Liberties, and for Mediation in 2013 to address discrimination. The government does not publish statistics on hate crimes.

The law prohibits discrimination based on gender, and women’s rights are generally respected. However, the European Commission against Racism and Intolerance has noted that women do not enjoy the same rights to social benefits as their male counterparts, as men receive head of household status by default, and called for the establishment of a program guaranteeing the equal treatment of LGBT (lesbian, gay, bisexual, and transgender) people. An October 2018 decree allowed women civil servants residing in Monaco to serve as head of household for the purposes of social benefits, potentially affecting about 530 women. A similar change for private-sector workers, which would have a broader impact, required negotiations with France.

Score Change: The score declined from 4 to 3 because the country lacks comprehensive antidiscrimination legislation and has been slow to address legal gaps identified by international experts.

There are no significant restrictions on freedom of internal movement or foreign travel.

Property rights are respected, and noncitizens holding a residence permit may purchase property and establish businesses. However, obtaining government approval to start a business is often a lengthy and complex process, and related costs can be prohibitively expensive.

Personal social freedoms are generally respected. However, abortion is legal only under special circumstances, including rape and medical necessity. Monaco does not recognize same-sex marriages; a law allowing civil unions was under consideration at the end of 2018. Domestic violence is outlawed in Monaco, and there are few reported incidents. The government and NGOs provide a network of support services for victims of domestic violence.