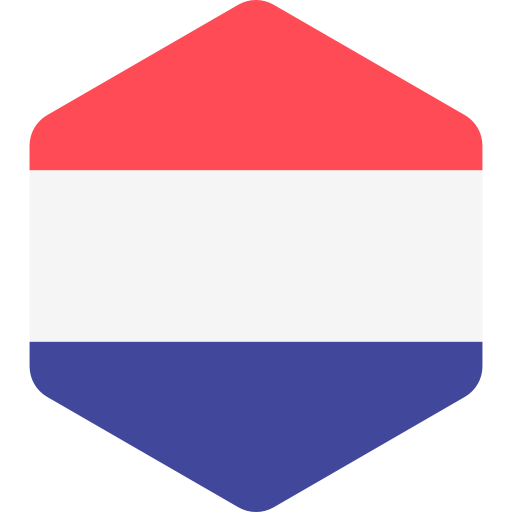 The Netherlands is a parliamentary democracy with a strong record of safeguarding political rights and civil liberties. Nevertheless, wariness of immigration and Muslim minorities has grown in recent years, and polarization around cultural identity issues has increased. Harsh policies toward irregular migrants and asylum seekers have been a source of controversy.

The Netherlands is a parliamentary constitutional monarchy. The role of the monarch is largely ceremonial. The prime minister is the head of government and is chosen by the parliament after elections. The incumbent prime minister, Mark Rutte, won a third term following parliamentary elections held in March 2017. He formed a coalition government consisting of his own right-wing People’s Party for Freedom and Democracy (VVD) alongside the Christian Democratic Appeal (CDA), Democrats 66 (D66), and the Christian Union.

The Netherlands has a bicameral parliament that consists of the 75-seat First Chamber, which is elected indirectly to four-year terms in a proportional vote by the members of the 12 provincial councils; and the 150-seat Second Chamber, which is elected to terms of four years by proportional representation. The latest parliamentary elections, for the Second Chamber in March 2017, were well administered, and all parties accepted the results. The parliament now has thirteen parties, the most since 1972. The far-right Party for Freedom (PVV), which is led by Geert Wilders and has drawn condemnation for its anti-Muslim and xenophobic rhetoric, won 20 seats, the second highest total. However, all other parties refused to form a coalition with the PVV, effectively shutting it out of government.

A3. Are the electoral laws and framework fair, and are they implemented impartially by the relevant election management bodies? 4 / 4

Elections are administered by the Electoral Council, which works impartially and professionally to carry out Dutch elections.

Political parties operate freely and regularly rotate in and out of power. The Elections Law does not impose any undue restrictions on the creation of political parties and the registration of candidates for elections. In the 2017 parliamentary elections, the ruling VVD lost 8 seats, while its former coalition partner, the Labor Party, lost 29. Government funding extends to all parties that have participated in the most recent parliamentary elections and have gained at least one seat.

Opposition parties have a realistic opportunity to increase support or gain power, as evidenced by the 2017 election results in which a number of opposition parties gained seats. The CDA, D66, and the Christian Union joined the governing coalition in 2017 after being in the opposition during the second Rutte cabinet.

The people are free to make their own political choices without pressure from groups that are not democratically accountable.

Minority groups participate freely in the political process, and a number of political parties represent their interests. The DENK (THINK) party, which seeks to represent a broad spectrum of ethnic and religious minorities, as well as voters with migrant backgrounds, won three seats in the 2017 parliamentary elections. The DENK party also won seats in 13 municipalities during the March 2018 municipal elections, including in Amsterdam and Rotterdam. The party has been controversial and centrist parties have accused it of enflaming discontent among migrant communities. On the other hand, the far-right, anti-immigrant Forum for Democracy, whose leader Thierry Baudet has been accused of racism and sexism, won two seats in Amsterdam’s assembly in the 2018 elections.

While most major parties addressed gender issues in their party manifestos, the PVV’s does not mention women.

Government policies reflect the choices of freely elected members of parliament. Following the 2017 parliamentary elections, it took a record 225 days for the governing coalition to form, manifesting the fragmentation in Dutch politics.

The Netherlands has low levels of corruption and anticorruption mechanisms are generally effective.

In an evaluation report published in June 2018, the Council of Europe’s Group of States against Corruption (GRECO) noted that the Dutch government had not made sufficient progress in establishing rules and procedures for the parliament to prevent conflicts of interest and regulate dealings with lobbyists and other third parties.

Laws are in place recognizing the right to request government information, and they are generally enforced, although critics contend that long delays in responding to requests for information are common. Additionally, these laws do not apply to legislative and judicial bodies. Legislation that would require government institutions to make documents available online rather than by request only has been stalled in the parliament since the Second Chamber passed the bill in 2016.

A free and independent press thrives in the Netherlands. In June 2018, reports emerged that the phone records of journalist Jos van de Ven of the newspaper Brabants Dagblad had been seized, as part of a police investigation into a leak that enabled the reporter to reveal the names of candidates for mayor of the city of Den Bosch in 2017, which normally remain confidential. The revelation highlighted the importance of a new law that came into force in October, which strengthened protections for the confidentiality of journalists’ sources.

The constitution guarantees freedom of religion, which is generally respected in practice.

Academic freedom is largely respected in the Netherlands.

There are no restrictions on freedom of speech or expression, apart from the criminalization of hate speech. In May 2018, the government implemented the controversial 2017 Intelligence and Security Services Act, which gives intelligence agencies greater latitude in accessing telephone and internet records and stoked criticism that it could enable dragnet surveillance of private communications. The law came into force despite a March consultative referendum in which voters rejected the legislation.

The Netherlands has had lèse majesté laws, which forbid insulting the monarchy, in place since 1881. In April, the Second Chamber passed legislation that would reduce penalties for insulting the king and his family from up to five years in prison to a maximum of four months imprisonment. At year’s end, the legislation awaited passage by the First Chamber.

Freedom of assembly is constitutionally guaranteed and generally respected in practice. However, in March 2018 the national ombudsman issued a report which concluded that municipalities and security forces, citing public-safety concerns, sometimes restrict assembly rights by confining protesters to certain areas or prohibiting demonstrations if authorities fear violence or disorder. For example, members of a protest group called Kick Out Black Pete, which demonstrates against an annual Christmas tradition in which people dress as a character known as Black Pete and wear blackface, claimed that in November, the mayors of eight cities either prevented protesters from standing near the events’ locations or banned the demonstrations altogether. Most of the mayors feared violence between the anti–Black Pete protesters and counterdemonstrators, some of whom attacked protesters with eggs and bananas and shouted racist epithets.

Nongovernmental organizations (NGOs) operate freely and without interference from the government or nonstate actors.

Workers’ rights to organize, bargain collectively, and strike are protected.

The judiciary is independent, and the rule of law generally prevails in civil and criminal matters.

The right to a fair trial is legally guaranteed and respected in practice. Defendants have access to legal counsel, and counsel is provided for them if they cannot afford an attorney.

In December 2018, the newspaper NRC Handelsblad published a report contending that a legal provision in place since 2008, which allows the Public Prosecution Service to adjudicate certain cases involving low-level offenses without a judge, has led to thousands of wrongful convictions.

The police are under civilian control, and prison conditions mostly meet international standards. However, people suspected or convicted of terrorism may experience treatment that NGOs have considered inhumane, including constant surveillance and regular full-body searches.

The Netherlands has antidiscrimination laws and hate speech laws on the books. While Dutch society is known for its tolerance, rising anti-immigrant sentiment in recent years has been accompanied by more open expression of anti-Islamic views. Perceived discrimination against Muslims is higher in the Netherlands than in many other European countries. Muslims and immigrants experience harassment and intimidation.

According to the Netherlands Institute for Human Rights, a government body, 35 percent of the discrimination claims it received in 2017 were filed by pregnant women, who experience widespread discrimination in employment.

Residents generally enjoy freedom of movement and choice of residence, employment, and institution of higher education. A counterterrorism law passed in 2017 allows the government to restrict the movement of people suspected of terrorist links. Human rights advocates have complained that the law is vulnerable to abuse.

Property rights are legally protected and generally upheld in practice.

Personal social freedoms are largely respected. However, in June 2018 the parliament passed a law banning the burqa and niqab in public places including schools, hospitals, public transportation, and government buildings. The passage of the law was applauded by far-right politicians such as Geert Wilders and condemned by critics as discriminatory.

Domestic violence is a persistent problem. According to the Ministry of Justice and Security, over 6 percent of Dutch women surveyed in 2017 experienced domestic violence in the previous five years.

Female genital mutilation, although illegal, still occurs in some immigrant communities. The Ministry of Health, Welfare, and Sport runs a project to prevent the practice.

While the Netherlands is a source, destination, and transit point for human trafficking, the government makes strong efforts to combat it, vigorously investigating and prosecuting suspected traffickers. However, a report published by the Council of Europe’s Group of Experts on Action against Trafficking in Human Beings (GRETA) in October 2018 noted that the number of trafficking prosecutions and convictions has decreased in recent years.