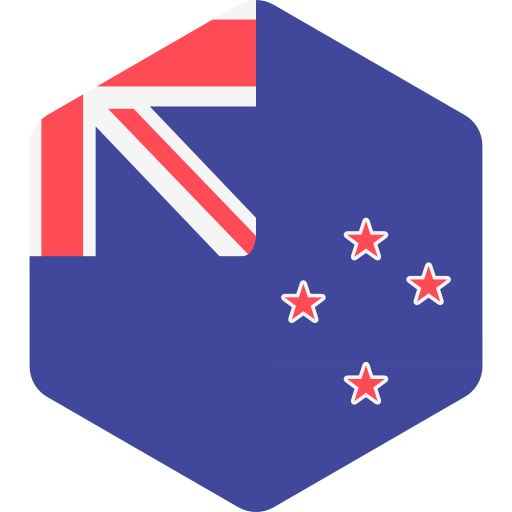 The 120 members of Parliament’s single chamber, the House of Representatives, serve three-year terms. The mixed electoral system combines voting in geographic districts with proportional representation. In the 2017 elections, no single party won the 61 seats required to form a government. Although the incumbent National Party led with 56 seats, the Labour Party, which won 46 seats, formed a coalition with two smaller parties: New Zealand First, a populist and anti-immigration party that claimed 9 seats, and the Green Party, which took 8 seats. Elections in New Zealand are generally well administered, and their results considered credible.

The political system features regular democratic transfers of power between rival parties after elections. Power has traditionally alternated between the center-left Labour Party and the center-right National Party. Currently, the National Party serves as a strong opposition force in Parliament.

People are generally able to act on their political preferences without undue influence from powerful groups. However, several studies in recent years have claimed that some lawmakers and parties have accepted sizable political donations from Chinese businesspeople and other Chinese figures, raising the possibility that such donations might influence their positions.

Political rights and electoral opportunities are granted to all New Zealand citizens, and permanent residents have the right to vote. Seven of Parliament’s constituency seats are reserved for representatives of the Māori population, though Māori may also vote or run in general electoral districts. In the 2017 elections, Golriz Ghahraman, from Iran, became the first refugee to win a seat in Parliament.

In November 2018, the Supreme Court confirmed a lower court’s finding that a 2010 law barring all prisoners serving sentences from voting was inconsistent with the country’s Bill of Rights. Previous rules had allowed prisoners serving terms of less than three years to vote. The decision had no immediate effect, as it did not require Parliament to change the law. Restrictions on prisoners’ voting rights particularly affect indigenous people, who make up a disproportionate share of inmates.

Despite the country’s strong anticorruption record, there is some concern about a “revolving door” between political or government posts and private-sector lobbying groups, which can entail conflicts of interest.

The government operates with a high level of transparency, and new legislation is openly discussed in Parliament and the media. Parliamentary records, government policies, and commissioned reports are published online and readily available as required by law. The government upholds transparency in budgetary procedures, and members of Parliament must submit annual financial disclosure statements.

Events surrounding the murder of a British tourist in Auckland in December 2018 raised concerns about the effects of judicial suppression orders on media coverage. Intense media interest in naming the accused murderer was thwarted by a court order meant to protect the suspect’s due process rights, although major overseas news aggregators including Google allowed the suspect’s name to be published, leading Prime Minister Ardern to criticize the company’s “lackadaisical” efforts to respect New Zealand law.

The government generally respects freedom of assembly. Large protests on a variety of topics have proceeded without incident in recent years, though in July 2018 protesters demonstrating against the use of a chemical pesticide were prevented from crossing Auckland’s Harbour Bridge by police on public safety grounds.

Rates of violent crime are relatively low, and residents have legal recourse to seek redress for violations of their physical security. Prison conditions generally meet international standards, though some facilities are poorly equipped to house detainees with disabilities or mental health problems.

The 1993 Human Rights Act protects all people in New Zealand from discrimination on the basis of gender, religion, ethnicity, and sexual orientation, among other categories, and its provisions are generally respected in practice. However, Māori—who account for approximately 16 percent of the population—and Pacific Islanders experience some discrimination in schools, the workplace, and the health system. Indigenous people are also disproportionately represented in the penal system, accounting for just over half of the prison population as of December 2018. Recent campaigns to recruit more officers of Māori, Pacific Islander, and Asian descent aim to improve cultural and ethnic sensitivity within the police force, and to combat profiling and discrimination. According to the 2018 Child Poverty Monitor Technical Report, nearly 20 percent of children experienced food insecurity, and children of Māori and Pacific Islander descent are especially vulnerable. In December, Parliament adopted the Child Poverty Reduction Act, which requires the government to report on child poverty rates and produce plans to address the problem.

Women continue to face some disparities in employment, including a 9.4 percent gender pay gap and underrepresentation in leadership positions in both the public and private sectors. The government enforces strong legislation protecting the rights of LGBT (lesbian, gay, bisexual, and transgender) people.

In 2018, the government increased the number of refugees accepted annually for resettlement from 750 to 1,000. Prime Minister Ardern announced in September that the government will further increase its refugee intake to 1,500 in 2020. The New Zealand Human Rights Commission has raised concerns that refugees are not always given sufficient information to enable them to access important services such as interpreters, housing, and English language instruction. Separately, asylum seekers are sometimes detained alongside criminal inmates while their identity is being confirmed. As of June 2018, six asylum seekers were being detained in New Zealand prisons and subjected to general prison conditions.

Personal social freedoms are broadly protected, including on issues like marriage and divorce. Same-sex marriage was legalized in 2013, and same-sex couples may jointly adopt children. However, violence against women and children remains a critical problem in many communities. A 2016 government paper reported that one in three women has been a victim of sexual violence in her lifetime. Abortion is legal under certain conditions, such as when the mental or physical health of the woman is at risk. New Zealand’s Law Commission recommended to the justice minister in October 2018 that the laws be amended to treat abortion as a health issue rather than a criminal matter, including by repealing criminal offenses related to abortion.

Migrant workers are vulnerable to exploitative conditions including forced labor in industries such as fishing, agriculture, construction, hospitality, and domestic service. The government has taken action to combat these abuses, though the US State Department reports that additional resources are needed to improve enforcement.