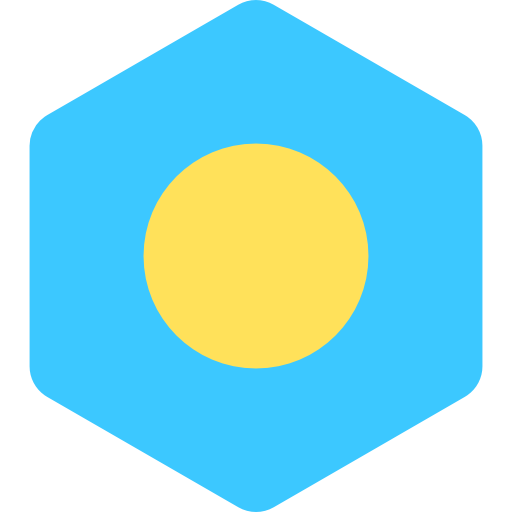 Palau’s presidential system of government is maintained through regular democratic elections. The judiciary and the media are independent, and civil liberties are generally upheld. A Compact of Free Association with the United States provides defense guarantees and financial assistance. The government has sought to combat official corruption in recent years. Many in the country’s large population of foreign workers remain vulnerable to exploitation.

The president, who serves as both head of state and head of government, is directly elected for up to two consecutive four-year terms using a two-round system, with a runoff vote if no candidate wins an absolute majority in the first round. President Tommy Remengesau won reelection in November 2016, defeating his brother-in-law, Senator Surangel Whipps, with 51.3 percent of the vote.

The bicameral National Congress consists of a 13-member Senate and a 16-member House of Delegates. The Senate is directly elected by block vote in one national constituency. Members of the House of Delegates are elected from single-member constituencies corresponding to the country’s 16 states, which vary in population. All members of the National Congress are elected for four-year terms. In the November 2016 elections, held concurrently with the presidential vote, 13 incumbents were returned to the House and 8 to the Senate.

Electoral administration is widely considered to be fair and impartial. A review of the Senate’s size and electoral system is undertaken every eight years by a Reapportionment Commission. In June 2016 the commission recommended that the Senate be maintained in its current form. In response to a citizen petition, the Supreme Court initially ruled that because the population had decreased, the number of senators should be reduced from 13 to 11, but the court restored the original plan after an appeal in October of that year.

There are no laws restricting the formation of political parties, but in practice all candidates run and compete freely as independents. Politicians tend to organize in loose political alliances, often based on clan or family relationships.

Although there are no political parties, lawmakers do organize into informal progovernment and opposition camps, and no single political force has control of the legislature. Power is transferred democratically between rival politicians. Remengesau returned to the presidency in 2013 by defeating the incumbent, Johnson Toribiong, in the 2012 election.

Palau receives financial assistance from the United States under its Compact of Free Association, but the US government does not exert improper influence over the country’s internal politics. While the political views of traditional chiefs are respected, they do not have authoritative control over the choices of voters.

Women generally have equal political rights in law and in practice. Some legislative seats at the state level are reserved for traditionally male chiefs, though chiefs in turn are customarily chosen by councils of female elders. In the last national elections, women won two seats in the House and two in the Senate.

About a third of the population consists of foreign nationals who do not have political rights in Palau. Citizenship must be inherited from at least one parent, as there are no provisions for naturalization.

Traditional chiefs formally play an advisory role regarding customary matters through the national Council of Chiefs. While they also exercise informal influence over government policy, this is widely seen as a positive check on potential mismanagement or abuse of power by elected officials.

The Compact of Free Association with the United States, in effect since Palau became independent in 1994, ensures self-government in the country but also provides for close military and economic relations with the United States, including US responsibility for Palau’s defense. A scheduled 15-year review of the compact resulted in a 2010 bilateral agreement on development aid and other benefits to last until the next review in 2024, but legislation to implement that agreement remained stalled in the US Congress for several years, during which time Congress continued to appropriate basic aid funds on an annual basis. At the end of 2017, US President Donald Trump signed a defense bill that included implementing provisions for the compact review agreement. The two countries are working on installing new radar systems in Palau.

High-ranking public officials have faced corruption charges in recent years, and several have been convicted. The government and lawmakers have deliberated on strategies to deal with corruption more effectively, and in April 2017 the finance minister issued a statement to reiterate the government’s ethics rules and a whistle-blower protection policy. The Office of the Ombudsman has asked for a clearer legal mandate with greater independence, as it currently operates as part of the president’s office under an executive order.

In October 2018, the European Union (EU) said that Palau authorities had pledged to implement certain reforms, and that it had consequently removed the country from its list of tax havens.

A 2014 Open Government Act provides for public access to official documents and hearings, and government officials are obliged to submit annual financial disclosures that are available to the public. However, authorities have sometimes resisted disclosing requested information, particularly at the subnational level.

Freedom of the press is respected. There are several independent news outlets, including newspapers and broadcasters, but they often struggle financially. Regional and international news services are also available. Internet access has been hampered by high costs and lack of connectivity outside the main islands.

Constitutional guarantees of religious freedom are upheld in practice. Although religious organizations are required to register as nonprofit organizations, the process is not onerous or restrictive. Foreign missionaries are also required to obtain a permit.

There have been no reports of restrictions on academic freedom.

There are no constraints on political discussion, and the government does not monitor personal communications.

Freedom of assembly is protected by the constitution and respected in practice.

Workers can freely organize unions and bargain collectively, but there are no laws specifically regulating trade unions or strikes or prohibiting antiunion discrimination. Union membership and activity are low in practice, as the private-sector economy consists mostly of small, family-run businesses.

The judiciary has a reputation for a high degree of independence and integrity. The president appoints judges for life terms based on recommendations from an independent Judicial Nominating Commission, which is made up of three presidential appointees, three jurists named by their peers, and the chief justice.

Law enforcement agencies maintain internal order, and instances of abuse or impunity are rare, though overcrowding in the country’s limited detention facilities remains a problem.

The legal system prohibits discrimination based on gender, race, place of origin, and other categories. Sexual orientation and gender identity are not protected categories, but Palau repealed legal provisions that criminalized consensual same-sex sexual activity in 2014. Women generally enjoy equal treatment in practice.

Foreign nationals sometimes face discrimination regarding employment, education, and other matters. Growing tourism from China in particular has created jobs but also raised the cost of living, and some locals regard the presence of Chinese businesses and residents with hostility. (In 2018, the number of Chinese tourists in Palau declined after China’s government in late 2017 instructed agencies to cease commercial flights and group tours to the country—likely a response to Palau’s diplomatic relations with Taiwan.)

There are no significant restrictions on freedom of movement, including internal and international travel.

The legal framework generally supports property rights and private businesses activity, and the government has undertaken reforms to improve conditions in recent years, though some bureaucratic obstacles and corruption-related impediments persist.

Noncitizens cannot purchase land, which is inherited matrilineally among Palauans.

Personal social freedoms are largely respected, and women have equal rights regarding marriage, child custody, and other personal status matters. Rape, including spousal rape, and domestic violence are criminal offenses, though victims of domestic abuse are often unwilling to report it to police.

Residents generally have access to economic opportunity, and the law provides some protections against exploitative labor practices. However, enforcement of such safeguards is inadequate, and foreign workers remain vulnerable to sexual exploitation, forced labor, or otherwise abusive working conditions in sectors including domestic service and fisheries. The minimum wage law does not apply to foreign workers. Some officials have been accused of complicity in human trafficking.