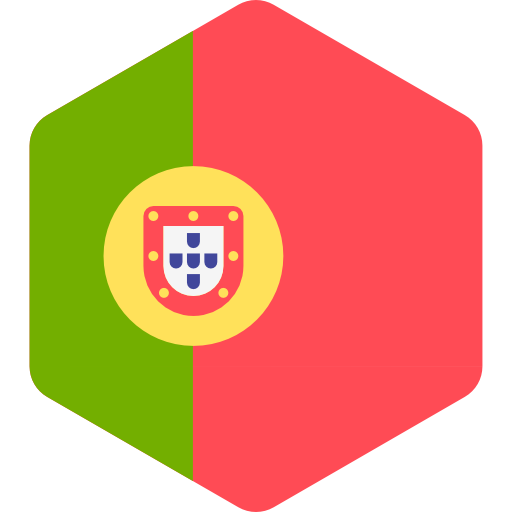 Portugal is a stable parliamentary democracy with a multiparty political system and regular transfers of power between the two largest parties. Civil liberties are generally protected. Ongoing concerns include corruption, certain legal constraints on journalism, poor or abusive conditions for prisoners, and the persistent effects of racism and xenophobia. Prosecutors have pursued corruption cases against top officials in recent years.

In Portugal’s parliamentary system, the prime minister holds most executive power, though the directly elected president can delay legislation through a veto and dissolve the parliament to trigger early elections. The president serves up to two five-year terms. In the 2016 presidential election, a center-right candidate supported by the opposition Social Democratic Party (PSD) and its allies, Marcelo Rebelo de Sousa, won with 52 percent of the vote, easily defeating a leftist candidate backed by the ruling Socialist Party (PS), António Sampaio da Nóvoa, who took less than 23 percent.

Prime Minister António Costa of the PS took office in 2015 as the head of a new government consisting of the PS, the Left Bloc (BE), the Communist Party (PCP), and the Greens (PEV).

The 230 members of the unicameral Assembly of the Republic are directly elected every four years using a system of proportional representation in 22 multimember constituencies. In the 2015 elections, the incumbent Portugal Ahead coalition, comprising the PSD and the Democratic Social Center–People’s Party (CDS-PP), won 107 of the 230 seats. It remained the largest single force, but suffered losses compared with the 2011 elections, in which it took 132 seats. The PS, then in opposition, won 86 seats; the BE took 19; the Democratic Unity Coalition, composed of the PCP and PEV, took 17; and the Party for People, Animals, and Nature (PAN) captured 1.

Elections in Portugal are generally free and fair. The constitution was amended in 1997 to allow Portuguese citizens living abroad to vote in presidential and legislative elections, as well as in national referendums.

Political parties operate freely. The main parties are the center-left PS, the center-right PSD, and the Christian democratic CDS-PP. There is no legal vote threshold for representation in the parliament, meaning smaller parties can win a seat with little more than 1 percent of the overall vote in practice.

Portugal has established a strong pattern of peaceful power transfers through elections since it returned to democracy in the late 1970s. The PS and PSD have rotated in and out of government several times in recent decades, most recently in 2015.

Both voters and politicians are free from undue interference by forces outside the political system.

Women and minority groups enjoy full political rights and can participate in the political process in practice. Women hold more than a third of the seats in the parliament. The autonomous regions of Azores and Madeira—two island groups in the Atlantic—have their own political structures with legislative and executive powers.

Elected officials are free to determine and implement laws and policies without improper interference by unelected groups.

The country has struggled in recent years with major corruption scandals involving high-ranking politicians, officials, and businesspeople, though many have been duly prosecuted.

Manuel Vicente, Angola’s vice president from 2012 to 2017 and the previous head of the country’s state oil company, was charged by Portuguese prosecutors in 2017 for allegedly bribing a Portuguese magistrate to suspend an investigation into his financial activities. The trial began in January 2018, but in May Portuguese authorities transferred the case to Angola.

Also in 2017, former prime minister José Sócrates was formally indicted on corruption charges as part of a wide-ranging investigation that began in 2013. The case overlapped with that of Ricardo Salgado, former head of the defunct Banco Espírito Santo (BES), who was accused of bribing Sócrates through middlemen to secure favorable decisions and commercial benefits. As of the end of 2018, a judge had yet to decide whether Sócrates and some two dozen other defendants would stand trial. Other high-profile corruption trials and investigations were ongoing during the year.

Freedom of the press is constitutionally guaranteed. Public broadcasting channels are poorly funded and face strong competition from commercial television outlets, which provide a wide range of information and viewpoints. Internet access is not restricted.

Portugal remains one of the few countries in Europe where defamation is still a criminal offense, and although prosecutions are uncommon, the European Court of Human Rights (ECtHR) has repeatedly ruled against Portuguese authorities for their handling of both civil and criminal defamation cases.

In February 2018, the parliament adopted changes to the criminal code that granted journalists a protected status, increasing the penalties for those who threaten, defame, or constrain them. Others with such status include judges, lawyers, witnesses, and security personnel.

Portugal is overwhelmingly Roman Catholic, but the constitution guarantees freedom of religion and forbids religious discrimination. The Religious Freedom Act provides benefits for religions that have been established in the country for at least 30 years or recognized internationally for at least 60 years. However, other groups are free to register as religious corporations and receive benefits such as tax-exempt status, or to practice their faith without registering.

Academic freedom is respected. Schools and universities operate without undue political or other interference.

There are no significant restrictions on private discussion or the expression of personal views.

Freedom of assembly is upheld by the authorities. Protests organized during 2018 addressed problems including racism, gentrification, and the rising cost of housing.

Freedom of association is respected. National and international nongovernmental organizations, including human rights groups, operate in the country without interference.

Workers enjoy the right to organize, bargain collectively, and strike, though there are some limits on the right to strike in a wide range of sectors and industries that are deemed essential. In September 2018, taxi drivers’ unions held nationwide strikes to protest what they said were insufficient new regulations covering online ride-hailing services such as Uber.

The judiciary is independent, but staff shortages and inefficiency have contributed to a considerable backlog of pending trials.

In February 2018, the Supreme Court suspended two judges after they were deemed persons of interest in an investigation of alleged corruption, tax fraud, and money laundering centered on the leadership of a major Lisbon soccer club.

The authorities generally observe legal safeguards against arbitrary arrest and detention, though court backlogs result in lengthy pretrial detention for some defendants. Due process rights are guaranteed during trial.

Human rights groups and the Council of Europe have expressed concern over abuse of detainees and excessive use of force by police, particularly against members of racial and ethnic minorities. Overcrowding in prisons remains a problem, as do poor health and safety conditions. In 2017, prosecutors charged 18 police officers with physically abusing six men of African descent in 2015. As of late 2018, the trial was still in progress.

Equal treatment under the law is guaranteed by the constitution. Various laws prohibit discrimination based on factors including sex, race, disability, gender identity, and sexual orientation. Nevertheless, some problems persist with respect to gender bias and discrimination against minorities, particularly Roma and people of African descent.

A report from the European Commission against Racism and Intolerance (ECRI) published in October 2018 found that living conditions in Romany communities are generally poor, with 25 percent of Romany residents lacking basic sanitation. Romany children also face segregation at school, and 90 percent leave school prematurely. Just over half of Romany men are employed. Although by some measures Portugal is considered a less discriminatory environment for people of African descent than other European Union countries, black residents are also susceptible to disparities in housing, education, and employment.

In 2017, Portugal ratified a European Convention on Human Rights (ECHR) protocol that bans all discrimination and strengthened protections against hate crimes by passing a new antidiscrimination law. However, the country’s Commission for Equality and Against Racial Discrimination (CICDR) reported an increase of more than 90 percent in the number of complaints filed during 2018 compared with the previous year, and there were few convictions for discrimination-related crimes.

Score Change: The score declined from 4 to 3 due to persistent discrimination against Roma and people of African descent, including with respect to housing, education, and employment.

Freedom of movement and associated rights are protected by the constitution and laws, and the government respects these rights in practice.

The government does not interfere with the rights to own property, establish private businesses, and engage in commercial activity.

There are no major restrictions on personal social freedoms. Portugal legalized same-sex marriage in 2010 and extended adoption rights to same-sex couples in 2015. A new law that went into force in August 2018 eliminated the need for transgender people to obtain a medical certificate to formally change their gender or first name. Domestic violence remains a problem despite government efforts aimed at prevention, education, and victim protection.

The authorities generally enforce legal safeguards against exploitative working conditions. However, Portugal remains a destination and transit point for victims of human trafficking, particularly those from Eastern Europe, Asia, and West Africa. Although forced labor is prohibited by law, there have been some reports of the practice, especially in the agriculture, hospitality, and construction sectors, and in domestic service. Immigrant workers are especially vulnerable to economic exploitation.