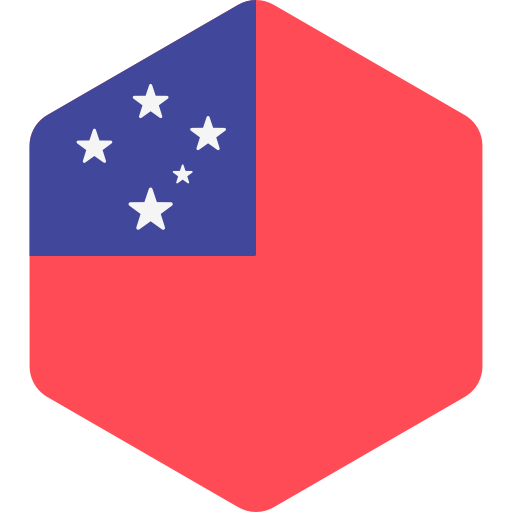 A1.      Was the current head of government or other chief national authority elected through free and fair elections? 3 / 4

The head of government is the prime minister, who requires the parliament’s support. Prime Minister Tuilaepa of the Human Rights Protection Party (HRPP) has been in office since 1988, having been reelected most recently in 2016.

The Legislative Assembly, or Fono, consists of 47 members elected in traditional village-based constituencies and 2 members elected by voters in “urban” constituencies—including citizens of mixed or non-Samoan heritage who lack village ties. Additional members can be added from among the unsuccessful candidates with the most votes in order to meet a minimum 10 percent quota of women members. Elections are held every five years.

The constitutional and legal framework for elections is largely democratic and fairly implemented. However, only citizens with matai status (chiefs or family heads) are allowed to stand as candidates. There are some 17,000 matai, but only about 10 percent are women. A 2015 amendment to the Electoral Act replaced two at-large parliament seats representing voters of non-Samoan heritage with two “urban” constituencies with defined boundaries, though they still overlapped with territorial constituencies and pertained to voters who either lacked or chose not to register according to traditional village ties.

B. POLITICAL PLURALISM AND PARTICIPATION: 12 / 16

B1.      Do the people have the right to organize in different political parties or other competitive political groupings of their choice, and is the system free of undue obstacles to the rise and fall of these competing parties or groupings? 3 / 4

There are no major constraints on the formation and operation of political parties, but parties must win a minimum of eight seats to qualify for formal recognition within the legislature. The TSP, which fell from 13 seats to just three after the 2016 elections, lost this status, leading opposition members to criticize the rule for producing a “one-party state.”

A new political party, Samoa First, registered in July 2018 to contest the general elections scheduled for 2021.

There are no obvious obstacles that prevent the opposition from increasing its support and gaining power through elections. However, the ruling HRPP has been in power since 1988 and has developed an effective campaign machinery during its incumbency, raising concerns about whether its long say in power is due to the party’s popularity or features of the electoral system that may put the opposition at a disadvantage.

Women and ethnic minorities have full voting rights, but the fact that candidates must be matai title holders means fewer women are eligible to run for office. The 2016 elections marked the first application of the gender quota ensuring that at least five seats in the parliament are held by women. If fewer than that number are elected in normal constituency contests, the unsuccessful women candidates with the most votes are awarded additional seats. One extra seat was consequently added to the 2016 parliament. Few women participate in village council meetings.

C1.      Do the freely elected head of government and national legislative representatives determine the policies of the government? 3 / 4

Independent entities including the Office of the Ombudsman, the Public Service Commission, and law enforcement agencies pursue allegations of corruption by public officials. However, corruption remains a problem and a cause of public discontent, and the government has at times resisted calls for a stronger response. In September 2018, the chief executive of Samoa’s Ministry of Works, Transport, and Infrastructure was dismissed by the Public Service Commission, which cited mismanagement and breach of contract; he had been suspended earlier in the year after being implicated in a bribery scheme.

The government generally operates with transparency, and received praise from the International Monetary Fund in 2017 for its efforts to make statistical data more accessible online. However, the effectiveness of the state auditing system remains the subject of public debate, and the country lacks a freedom of information law.

While freedom of the press is generally respected, politicians and other powerful actors have used libel or defamation suits to respond to remarks or stories about them. In December 2017, the parliament passed legislation that reintroduced criminal libel, which had been abolished in 2013.

There are several public and privately owned print and broadcast news outlets in operation, and internet access has expanded rapidly in recent years.

D2.      Are individuals free to practice and express their religious faith or nonbelief in public and private? 3 / 4

Freedom of religion is guaranteed in Article 11 of the Constitution, and is mostly respected in practice. However, in June 2017, the parliament passed the Constitution Amendment Bill, which shifted references to Samoa being a Christian nation from the preamble of the Constitution to the body. As such, the text can potentially be used in legal action.

There are no serious constraints on private discussion or the expression of personal views. However, in March, the prime minister threatened to ban Facebook in response to critical comments by anonymous users.

Freedom of assembly is protected by law and respected in practice. In March 2018, the Samoa Solidarity International Group (SSIG) submitted a request to the Ministry of Police for a license to peacefully march in the island of Savai’i, to raise awareness about land rights. In April, hundreds participated in the protest march without incident. SSIG held another protest march in December.

E2.      Is there freedom for nongovernmental organizations, particularly those that are engaged in human rights– and governance-related work? 3 / 4

Union members’ rights are governed by the Constitution and the 2013 Labour and Employment Relations Act; the latter recognizes unions and employees’ roles and rights, the rights to collective bargaining, and rights to maternity and paternity leave, and mandates the establishment of a National Tripartite Forum, which provides for workers benefits and consults on employment policies and conditions.

Samoa became a member of the International Labor Organization (ILO) in 2005 and had ratified all eight of the ILO’s fundamental Conventions by 2008. Unions are still learning about how to best represent their members. Moreover, some cultural factors hinder the ability of workers and unions to pursue their rights.

Score Change: The score improved from 3 to 4 because the establishment of a robust legal framework for trade unions has strengthened worker rights and enabled unions’ growth.

Violent crime rates are relatively low. Police officers are occasionally accused of physical abuse. Prisons are under resourced, resulting in poor conditions for prisoners including overcrowding, as well as occasional difficulties keeping facilities themselves secure. In early 2018, there was a spate of escapes from the Tafaigata national prison.