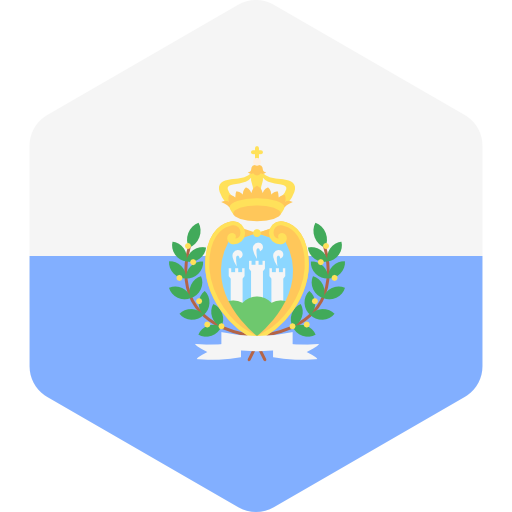 San Marino is a parliamentary democracy in which political rights and civil liberties are generally upheld. Corruption is a problem, and while investigative journalists are active, heavy fines for defamation can encourage self-censorship. Women are underrepresented in politics.

Executive power rests with the 10-member State Congress (cabinet), which is accountable to the parliament and is headed by two captains regent. As the joint heads of state with largely ceremonial roles, the captains are elected every six months by members of the legislature from among its own members. Although there is no official prime minister, the secretary of state for foreign and political affairs is regarded as the head of government. Nicola Renzi was elected to the post in 2016.

The 60 members of the unicameral Great and General Council are elected every five years. The 2016 elections were considered credible and free, and their results were accepted by stakeholders and the public. After two rounds of elections, the center-left Adesso.sm coalition finished first with 35 seats, unseating the ruling San Marino First coalition, which took 16 seats. The newly formed Democracy in Motion coalition took the remaining 9 seats.

The electoral laws provide a sound basis for the organization of free and fair elections. However, in 2016 the Council of Europe’s Group of States against Corruption (GRECO) urged San Marino to adopt legislation on the financing of political parties, finding that the current funding rules are insufficiently transparent.

Parties are free to form and operate in San Marino, and a great number of them contest elections. Since 2008, most parties have participated in larger electoral coalitions, as the electoral system awards a majority seat bonus to the coalition that obtains a plurality of votes.

There are no restrictions preventing the opposition from increasing support through elections. Multiple opposition groups are represented in the Great and General Council.

The political choices of voters and candidates are free from undue pressure by unaccountable groups.

While citizens generally enjoy full political rights, women are underrepresented in the Great and General Council, where they hold 23 percent of seats, and in politics generally. An assessment mission from the Organization for Co-operation and Security in Europe that was deployed ahead of the 2016 polls noted that gender quotas on candidate lists were undercut by the country’s preferential voting system. Women are better represented in the country’s Electoral Council and in polling administration.

About 19 percent of the population consists of noncitizens who do not have political rights in the country; most are Italian nationals. Under San Marino’s strict naturalization criteria, individuals without a citizen spouse, parent, or grandparent generally must live in the country for over 30 years to be eligible for citizenship.

The government and legislature are able to exercise their powers without improper interference from unelected entities.

In response to scandals involving high-ranking officials, San Marino has launched a series of programs to combat corruption and money laundering. In a 2018 report, GRECO found that progress had been made in closing key gaps in the legal framework, but that further improvements were required, particularly regarding trading in influence and bribery in the private and judicial sectors.

In 2017, a large number of former officials were convicted for their involvement in bribery, corruption, money laundering, and vote buying in the so-called Conto-Mazzini case. Multiple former captains regent and ministers received prison sentences ranging from two to eight years. In June 2018, the judge issued documents laying out the full reasoning behind the sentences, which allowed the appeals process to formally begin.

Laws providing for the accessibility of government information are in place, and the government generally respected those laws. Public officials are not required to disclose their assets, though political candidates must report their income from the previous year as well as assets or investments.

Freedom of the press is generally upheld. Local media are pluralistic, and journalists investigate key issues including financial crimes. However, the risk of heavy fines or civil damages under San Marino’s strict defamation laws can prompt self-censorship among journalists. News consumers also have access to Italian media, and internet access is not restricted.

Religious freedom is broadly upheld in San Marino. Religious discrimination is prohibited by law. There is no state religion, although Roman Catholicism is dominant. Catholic religious instruction is offered in schools but is not mandatory.

Freedom of expression is legally safeguarded, and people are generally free to discuss their views on politics and other sensitive topics, though the law prohibits hate speech based on various characteristics.

Freedom of assembly is upheld in practice. Demonstrations on various topics routinely proceed without incident.

Nongovernmental organizations may operate without undue restrictions, and a number of human rights groups are active in the country.

Workers are free to strike, organize in trade unions, and bargain collectively, unless they work in military occupations. Approximately half of the workforce is unionized. The law prohibits antiunion discrimination and provides avenues for recourse for workers penalized for union activity.

The judiciary is independent. Its affairs are managed by a Judicial Council made up of first-instance and appellate judges.

Due process rights surrounding charges and trials are generally upheld in practice. The authorities respect legal safeguards against arbitrary arrest and detention.

The population does not face major threats to physical security. There is one prison in San Marino, and the inmate population is small, with no reports of serious mistreatment. Law enforcement officers generally operate with professionalism.

The law criminalizes the dissemination of ideas related to racial or ethnic superiority; acts of violence or discrimination on various grounds, including sexual orientation and gender identity; and incitement to such acts. However, color and language are not covered by these criminal provisions, and San Marino lacks broader legislation—including civil laws—guaranteeing equality and freedom from employment or other discrimination for LGBT (lesbian, gay, bisexual, and transgender) people. A 2018 report from the European Commission against Racism and Intolerance (ECRI) reiterated concerns about the absence of a strong and comprehensive antidiscrimination framework in the country. The Office of the United Nations High Commissioner for Human Rights has also urged San Marino to strengthen its laws against discrimination, in particular gender discrimination. Women face societal prejudices that affect their access to employment and economic opportunity.

Score Change: The score declined from 4 to 3 because the country lacks comprehensive antidiscrimination legislation and has been slow to address legal gaps identified by international experts.

There are no restrictions on freedom of movement, and San Marino residents may freely change their place of residence, employment, and education.

The rights to own property and operate private businesses are upheld.

G3.      Do individuals enjoy personal social freedoms, including choice of marriage partner and size of family, protection from domestic violence, and control over appearance? 3 / 4 (−1)

Personal social freedoms are generally safeguarded in San Marino. In November 2018, a law allowing civil unions for same-sex couples was adopted by the Great and General Council, and partners in such unions may adopt each other’s children. However, same-sex marriage is not recognized, and same-sex couples do not have the right to adopt children together. Abortion is a criminal offense unless the woman’s life is in danger, and reform advocates have met with fierce resistence from conservative Catholic groups in recent years. Reports of domestic violence, which is prohibted by law, are rare.

Score Change: The score declined from 4 to 3 due to the persistence of some restrictions on personal social freedoms, including the criminalization of abortion under nearly all circumstances.

G4.     Do individuals enjoy equality of opportunity and freedom from economic exploitation? 4 / 4

The government generally upholds labor protections for workers and provides assistance to low-income individuals. The Council of Europe’s commissioner for human rights in 2015 called on San Marino to continue with efforts to better protect foreign women employed as caregivers or household workers, and ECRI renewed this advice in 2018.