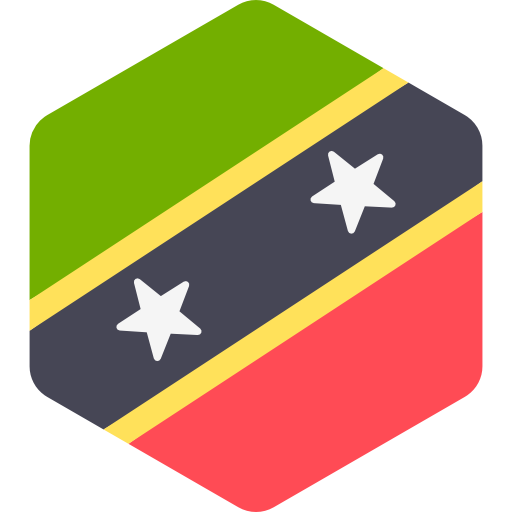 St. Kitts and Nevis is one of the world’s smallest parliamentary democracies. The country has a history of competitive and credible elections, and civil liberties are generally upheld. There are some concerns about government corruption and transparency, particularly regarding the Citizenship by Investment Program (CIP). Authorities in recent years have struggled to address a rising crime rate.

The prime minister, usually the leader of the largest party in the parliament, is head of government. Prime ministers are normally appointed after legislative elections by the governor general, who represents the British monarch as the largely ceremonial head of state.

After the 2015 elections, Timothy Harris of Team Unity—an umbrella organization of the People’s Action Movement (PAM) and the People’s Labour Party (PLP) in St. Kitts and the Concerned Citizens Movement (CCM) in Nevis—was appointed prime minister.

There are 14 seats in the unicameral National Assembly—8 for representatives from Saint Kitts, 3 for those from Nevis, and 3 for senators appointed by the governor general (2 on the advice of the prime minister and 1 on the advice of the opposition leader); all serve five-year terms.

Team Unity won the 2015 parliamentary elections, taking 7 of the 11 directly elected seats and unseating the Labour Party (SKNLP), which had been in government for two decades. The vote took place peacefully and was considered credible, but a number of shortcomings were observed. Opposition candidates and others criticized a lack of campaign finance legislation, and a monitoring mission from the Organization of American States (OAS) noted that the difference between state resources and SKNLP financing was not always clear. Some observers also noted that the government enjoyed disproportionate access to state-owned media for campaign purposes.

Nevis has its own local legislature, with five elected and three appointed members. Elections in 2017 resulted in a win for the incumbent CCM, which took four elected seats, leaving the Nevis Reformation Party with 1.

Electoral laws are generally fair and usually implemented impartially by the Electoral Commission. However, the lead-up to the 2015 elections featured an eleventh-hour dispute over district delineations and concerns about the Electoral Commission’s independence. The SKNLP government introduced new electoral boundaries just a month before the polls. The new map was ultimately thrown out four days before the elections by the Privy Council in London, the highest court of appeal for St. Kitts and Nevis, after the opposition challenged the changes. Separately, OAS observers expressed concern that an election calendar with key dates was not shared publicly. A delay in reporting the results of the polls prompted questions about the independence of the Electoral Commission. In 2017, the former supervisor of elections was arrested and charged with misconduct in connection with the delayed transmission of the 2015 results. His case remained unresolved in 2018.

There are no major constraints on the right to organize in different political parties and to form new parties. For example, the PLP was established in 2013 by two former members of the SKNLP and is now part of the Team Unity government.

Opposition candidates are able to campaign without restrictions or interference, and there are realistic opportunities for opposition parties to increase their support or gain power through elections. In 2015, the Team Unity coalition unseated the SKNLP, which had been in government since 1995.

Candidates and voters are generally able to make political choices without undue interference. However, in 2015 the OAS raised concerns about the lack of transparency of party and campaign financing, which could enable improper forms of political influence.

All citizens are formally entitled to equal political rights and electoral opportunities. While women play an active role in political parties and as grassroots organizers, only one woman won a seat in the National Assembly in 2015. The only woman member of the Nevis Island Assembly was appointed. The LGBT (lesbian, gay, bisexual, and transgender) community is marginalized, affecting LGBT people’s ability to engage fully in political processes.

The elected prime minister, cabinet, and national legislative representatives are able to freely determine the policies of the government.

St. Kitts and Nevis’s anticorruption laws are for the most part implemented effectively. However, while the Integrity in Public Life Act, which established a code of conduct for public officials and financial disclosure guidelines, was adopted in 2013, its implementation rules were not issued until July 2018.

In recent years, concerns have been raised about the country’s Citizenship by Investment and Residence by Investment Programs, which allow foreigners to gain citizenship or residency through an economic investment. In a 2017 report, the US State Department noted that despite government efforts to improve the CIP’s safeguards, it was still characterized by “significant deficiencies in vetting candidates,” which could facilitate money laundering or permit the presence of people who threaten national security. The government does not release the exact number of passports issued or the nationalities of the recipients. An October 2018 OECD report similarly highlighted potential problems associated with the CIP. Investigations into alleged fraud and misappropriation of funds linked to the programs were ongoing at year’s end.

Despite these concerns, a new Sustainable Growth Fund became operational in April 2018, featuring a lower investment requirement than the existing options—US$150,000 for a single applicant and US$195,000 for a family of four.

The government generally operates with transparency, though it long lacked a freedom of information law. The Freedom of Information Act was finally passed in May 2018, but had not yet been implemented at year’s end. The government said that departments must have appropriate record-management systems in place before requests could be made. The law provides exemptions protecting information related to national security, court proceedings, trade secrets, intellectual property rights, and international relations.

Freedom of expression is constitutionally guaranteed, and the government generally respects press freedom in practice. However, the state owns the sole local television station, and the opposition faces some restrictions on access to it, particularly around elections. Defamation is a criminal offense that can potentially carry a prison sentence. Some journalists reportedly self-censor in order to avoid pressure from government officials.

Freedom of religion is constitutionally protected and generally respected in practice. However, Rastafarians face barriers to employment and other disadvantages as a result of their beliefs.

There are no significant constraints on individuals’ ability to express their personal views regarding political or other sensitive topics.

Freedom of assembly is constitutionally guaranteed and generally respected in practice. Demonstrations on various topics routinely proceed without incident.

While workers may legally form unions, employers are not bound to recognize them. A union can engage in collective bargaining only if more than 50 percent of the company’s employees are members. Antiunion discrimination is prohibited, and the right to strike, while not protected by law, is generally respected in practice.

The judiciary is largely independent. The highest court is the Eastern Caribbean Supreme Court, but under certain circumstances there is a right of appeal to the Trinidad-based Caribbean Court of Justice and the Privy Council in London.

Defendants are guaranteed a range of due process rights, which are mostly respected in practice; legal provisions for a fair trial are generally observed. Arbitrary arrests are prohibited, and security forces generally operate professionally. However, extended pretrial detention is a problem, with some detainees remaining in custody for more than two years before facing trial or having their cases dismissed.

While the country is free of war and other such threats to physical security, the government in recent years has struggled to contain a high rate of violent crime, which is linked primarily to street gangs fighting for territory and control of the domestic drug trade. Prison conditions remain overcrowded.

A total of 23 homicides were recorded in 2018, the same number as in 2017, giving St. Kitts and Nevis one of the world’s highest homicide rates on a per capita basis. In an effort to address the problem, the St. Kitts and Nevis Defence Force was given police powers for a period of six months in August 2018, and troops from the Barbados-based Regional Security System were deployed to the country in October.

The law protects individuals against discrimination on various grounds, including race, sex, and religion, and these provisions are generally upheld. However, sexual orientation and gender identity are not similarly protected, and societal discrimination against LGBT people is pervasive. Under colonial-era laws, same-sex sexual conduct between men is illegal and punishable with imprisonment of up to 10 years. No law specifically prohibits sexual harassment, which has been reported in workplaces.

There are no significant restrictions on freedom of movement in St. Kitts and Nevis, and individuals are able to change their place of residence, employment, and education.

The legal framework generally supports property rights and private business activity, though there have been complaints about timely compensation for land confiscated through eminent domain laws, and the country scores poorly on World Bank assessments of the business environment.

There are few restrictions on individual freedoms pertaining to personal status issues such as marriage and divorce, but same-sex marriage is not recognized. While domestic violence is criminalized, it remains a widespread problem in practice, and spousal rape is not specifically prohibited by law.