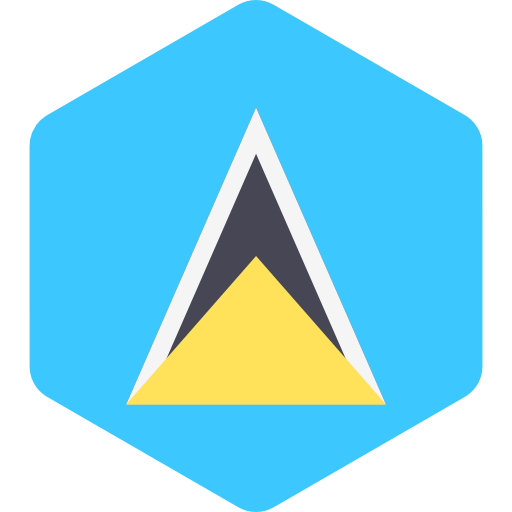 St. Lucia is a parliamentary democracy that holds competitive elections and has long experienced peaceful transfers of power between rival parties. Persistent challenges include government corruption and inadequate transparency, police brutality and a perception of impunity for such abuses, and discrimination against LGBT (lesbian, gay, bisexual, and transgender) people.

The prime minister, usually the leader of the majority party in Parliament, is appointed as head of government by the governor general, who represents the British monarch as the largely ceremonial head of state. Allen Chastanet of the United Workers Party (UWP) was chosen as prime minister following the 2016 legislative elections, which were generally free and fair.

The bicameral Parliament consists of the 17-seat House of Assembly, whose members are directly elected to five-year terms, and the 11-seat Senate, whose members are appointed. The prime minister chooses 6 Senate members, the opposition leader selects 3, and 2 are chosen in consultation with civic and religious organizations.

The most recent elections to the House of Assembly took place in 2016. The polls were considered competitive and credible, and stakeholders accepted the results. The UWP secured 11 seats, defeating the governing Saint Lucia Labour Party (SLP), which took 6.

Electoral laws are generally fair and implemented impartially by the Electoral Commission. However, differences in the sizes of constituencies have resulted in unequal voting power among citizens. While the largest constituency (Gros Islet) has more than 20,000 registered voters, the smallest (Dennery South) has only 5,000.

Political parties may organize and operate freely. A number of small parties function, though the UWP and SLP have dominated politics since the 1960s, aided in part by the “first past the post” electoral system. Campaigns are financed entirely through private funds, which can also disadvantage new and small parties.

The country has a long record of democratic transfers of power, with the UWP and SLP regularly alternating in government.

Voters and candidates are generally free to make political choices without undue influence. However, a lack of transparency surrounding party and campaign financing raises concerns about the potential for improper influence by unaccountable foreign and domestic interests. There are few legal controls on the source of funds or on spending by candidates and parties.

All citizens are formally entitled to equal political rights and electoral opportunities. Women are underrepresented in politics; there were seven female candidates out of a total of 39 in the 2016 elections, and two won seats in the House of Assembly. Three members of the Senate are women. However, women have a more significant presence as electoral officials and within party structures.

The LGBT community is marginalized, and this affects the ability of LGBT people to engage fully in political processes.

The elected prime minister, cabinet, and Parliament are able to determine the policies of the government without improper interference from unelected entities.

Several state institutions are responsible for combating corruption, including the parliamentary commissioner, the auditor general, and the Public Service Commission, but their effectiveness is limited somewhat by a lack of resources.

A series of high-level officials have faced corruption allegations in recent years. During 2018, the media aired new details about long-standing allegations against Prime Minister Chastanet and Guy Joseph—the current minister for economic development, housing, urban renewal, transport, and civil aviation—in which they were accused of reaching a corrupt agreement with a US businessman involving an airport redevelopment project during the last UWP government (2007–2011).

In October, an OECD report warned that the country’s CIP and other such programs, which offer citizenship and residency rights to foreigners in exchange for large sums of money, carry the potential for misuse. Opposition lawmaker Kenny Anthony initiated a legal case arguing that one project linked to the CIP was unconstitutional.

The government generally operates with openness and transparency. Access to information is legally guaranteed, and government officials are required by law to declare their financial assets annually to the Integrity Commission. However, the commission lacks the enforcement powers necessary to ensure full compliance.

The constitution guarantees freedom of expression and communication, and press freedom is largely upheld in practice. A number of private and independent news outlets carry content on a broad spectrum of issues. Internet access is not restricted. Criminal libel laws remain on the books, with convictions potentially drawing heavy fines and a jail sentence of up to five years, though civil suits are more common. In 2017, opposition lawmaker Philip Pierre was awarded EC$40,000 (US$14,800) in damages in libel cases filed against journalist Guy Ellis, the Mayers Printing Company, and the Mirror Publishing Company in connection with a 2011 letter to the editor published in the Mirror that described Pierre as corrupt.

Freedom of religion is protected under the constitution and other laws, and these safeguards are largely upheld in practice. However, Rastafarians face some disadvantages as a result of their beliefs, and Muslims have reported occasional harassment.

There are no significant restrictions on individuals’ ability to express their personal views on political or other sensitive topics.

The government generally respects the constitutionally protected right to free assembly. A number of protests took place peacefully in 2018, including a large SLP-led event in September at which participants cited various grievances against the government.

Most workers have the right under the law to form and join independent unions, go on strike, and bargain collectively. Antiunion discrimination is prohibited.

The judicial system is independent and includes a high court under the Eastern Caribbean Supreme Court. Judges are appointed through an impartial Judicial and Legal Services Commission and cannot be dismissed arbitrarily. St. Lucia announced in 2014 that it would adopt the Caribbean Court of Justice (CCJ) as its final court of appeal, replacing the London-based Privy Council. However, its accession to the CCJ had not yet been finalized at the end of 2018.

Score Change: The score improved from 3 to 4 due to further long-term consolidation of an independent judiciary and a lack of tangible political interference in recent years.

Detainees and defendants are guaranteed a range of legal rights, which are mostly respected in practice. However, police corruption is a concern, and court backlogs contribute to lengthy pretrial detention. Defendants charged with serious crimes may spend several years awaiting trial behind bars.

The population is mostly free from pervasive threats to physical security, and the number of homicides declined in 2018, but violent crime rates remain relatively high on a per capita basis. Police brutality has been seen as a significant problem in St. Lucia in recent years, and there is a widespread perception that members of the Royal Saint Lucia Police Force (RSLPF) enjoy impunity for abusive behavior. In 2013, the United States cut aid to the RSLPF due to credible allegations of gross human rights violations related to 12 extrajudicial killings that took place in 2010 and 2011. The government responded by inviting an international investigation of the killings. Although the investigation was completed in 2014 and members of the RSLPF were seen as culpable, no legal action was taken by prosecutors. As a consequence, St. Lucia remained excluded from security assistance from the United States under the so-called Leahy law, which prohibits such assistance for countries where security forces have been found to engage in serious human rights abuses. In response to the 2014 investigation, the government did define a “use of force” policy for the RSLPF, and members received mandatory human rights training.

While discrimination on the basis of race, sex, religion, and other such grounds is generally prohibited, the law does not provide full protection to LGBT people. The labor code prohibits dismissal of employees based on sexual orientation. However, same-sex sexual relations can draw up to 10 years in prison, and LGBT people are subject to significant societal prejudice.

There are no serious impediments to freedom of movement in St. Lucia, and individuals are generally free to change their place of residence, employment, or education.

The legal and regulatory framework is supportive of property rights and private business activity. The government has actively encouraged both domestic and foreign investors to do business in the country. St. Lucia performs well in World Bank assessments of business conditions in comparison with its neighbors.

The law largely guarantees individual rights with respect to personal status issues like marriage and divorce, but the civil code distinguishes between “legitimate” and “illegitimate” children, which can lead to discrimination against unmarried mothers and their children in civil and family law cases. Domestic violence is a serious concern and often goes unreported, as does sexual assault. The law only criminalizes spousal rape when a couple is separated or when a court has issued a protection order.

Safety rules and other protections against worker exploitation are typically upheld. The economy continued to grow in 2018, potentially expanding economic opportunity, but unemployment remained a problem, particularly for younger workers. Youth unemployment remained high at over 38 percent. Young people are also particularly vulnerable to commercial sexual exploitation. The government has made some efforts to combat human trafficking, but investigations and prosecutions are rare. The country’s national action plan against human trafficking has not been fully implemented because of inadequate resources. In addition to local youth, immigrants from Caribbean countries and from South Asia are vulnerable to sex trafficking and forced labor.