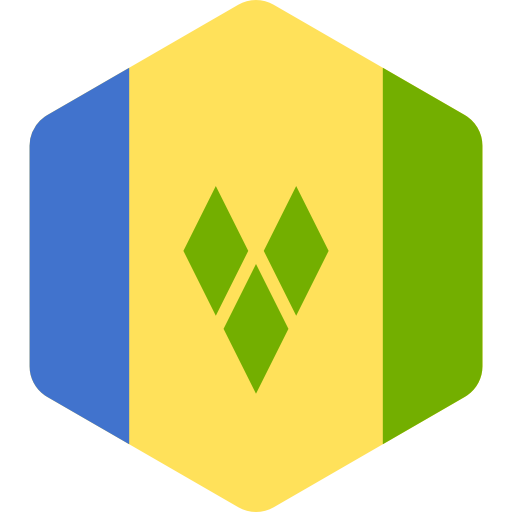 St. Vincent and the Grenadines is a parliamentary democracy that holds regular elections, though aspects of the most recent legislative polls have been disputed in court by the opposition. While civil liberties are generally upheld, journalists face the possibility of criminal defamation charges, and same-sex sexual conduct remains illegal. Violent crime is a growing concern.

The prime minister, usually the leader of the majority party in the parliament, is appointed by the governor general, who represents the British monarch as the largely ceremonial head of state. Ralph Gonsalves retained his position as prime minister following the victory of his incumbent Unity Labour Party (ULP) in the 2015 legislative elections, which were considered generally free and fair.

The constitution provides for the direct election of 15 representatives to the unicameral House of Assembly. In addition, the governor general appoints six senators to the chamber: four selected on the advice of the prime minister and two on the advice of the opposition leader. All serve five-year terms.

The 2015 legislative elections resulted in a narrow victory by the social democratic ULP, which took eight seats in the House of Assembly; the opposition New Democratic Party (NDP) won the remaining seven elected seats. International and domestic observers deemed the polls generally competitive and credible. However, the Organization of American States (OAS) observer mission expressed concerns about partiality of the presiding officer at the final vote count in the constituency of Central Leeward. According to the OAS report, the returning officer there continually refused requests for information or access from representatives of the NDP, while responding to requests from representatives of the ULP.

The NDP mounted several mass protests alleging electoral irregularities and initiated two legal complaints regarding the conduct of polling in Central Leeward and North Windward. In July 2017, the High Court ruled that the petitions should be allowed to proceed, and both cases were ongoing at the end of 2018.

Electoral laws are generally fair and impartially implemented. Efforts to update voter lists were initiated in 2013, and ahead of the 2015 elections the legislature passed an amendment to the election law that removed almost 24,000 names from the lists. The amendment had bipartisan support. The 2015 OAS election monitoring mission welcomed the change, but said that authorities should implement a continuous updating and cleansing process; this has not yet been done. It also called for better standardization of voting procedures across polling sites.

Political parties can organize freely. While there are a number of smaller political parties in the country, since 1998 only the ULP and NDP have won seats in the parliament. The “first past the post” electoral system has contributed to this pattern, but there are also concerns that unregulated private campaign financing puts smaller parties at a disadvantage. The limited state funding that is available goes only to parties represented in the previous parliament.

The country has experienced multiple peaceful transfers of power between rival parties after elections, including two since it gained full independence in 1979. The ULP has been in government since 2001, but it has had only a narrow majority over the opposition NDP since 2010.

The political choices of candidates and voters are generally free from interference by extrapolitical forces. However, the OAS raised concerns in 2015 about the lack of transparency regarding party and campaign financing, which could enable undue influence by private actors.

All citizens are formally entitled to full political rights and electoral opportunities, but women remain significantly underrepresented in the legislature and in politics generally. No women were elected to the House of Assembly in 2015; three were appointed. In its report on the 2015 elections, the OAS noted that there was a “pervasive reluctance” on the part of potential women candidates to take part in harsh political campaigns.

The LGBT (lesbian, gay, bisexual, and transgender) community is marginalized, and this affects the ability of LGBT people to engage fully in political processes.

The elected prime minister, cabinet, and House of Assembly members are able to determine the policies of the government without improper interference from unelected entities.

Corruption-related offenses by public officials are prohibited by law, and the independent judiciary and media provide additional checks on graft. However, there is no specialized national anticorruption agency, and claims of petty corruption continue to be reported.

The government generally operates with openness and transparency. Nevertheless, freedom of information legislation that was passed in 2003 has yet to be fully implemented, and there is no active legislation requiring government officials to disclose assets, income, or gifts.

The constitution guarantees the freedoms of expression and communication, and these rights are usually upheld in practice. The state owns the main local broadcaster, but a number of private newspapers are available, and news consumers also have access to foreign media and online outlets.

Journalists remain subject to criminal and civil defamation laws, and the 2016 Cybercrime Act broadened the definition and scope of defamation to include online publications; violation of its often vaguely worded provisions can carry a fine of as much as EC$500,000 (US$185,000) and up to seven years’ imprisonment.

Freedom of religion is constitutionally protected and respected in practice.

There are no significant restrictions on individuals’ ability to express their personal views on political or other sensitive topics.

Freedom of assembly is constitutionally protected and generally upheld in practice. There were reports of police using excessive force to disperse peaceful protests during the 2015 election period, but similar incidents have not been reported in recent years.

Nongovernmental organizations operate freely. However, reported security threats including a physical attack on a volunteer apparently prompted the US Peace Corps to withdraw 23 people from the country in August 2018. Responding to allegations that a police-affiliated “Black Squad,” supposedly tasked with intimidating government opponents, was responsible for the pressure on the Peace Corps, Prime Minister Gonsalves denied that such a group existed.

The constitution protects the right to form or join trade unions and other such associations.  Unions are permitted to strike and engage in collective bargaining. The law prohibits antiunion discrimination and dismissal for engaging in union activities. The right to collective bargaining is generally upheld, though public-sector unions have recently criticized the government for failing to respect the bargaining process.

The judiciary generally operates independently. Judges are appointed through an impartial Judicial and Legal Services Commission and cannot be dismissed arbitrarily. The country is subject to the Eastern Caribbean Supreme Court and recognizes the original jurisdiction of the Caribbean Court of Justice, but the Privy Council in London remains the final court of appeal.

Score Change: The score improved from 3 to 4 due to further long-term consolidation of an independent judiciary and a lack of tangible political interference in recent years.

Detainees and defendants are guaranteed a range of legal rights, which are mostly respected in practice. However, there is a significant case backlog, which leads to prolonged pretrial detention. According to the US State Department, about 20 people had been held in pretrial detention for longer than two years as of 2017, with many of the cases featuring delays in obtaining psychiatric evaluations of the defendant.

While the population is free from war and other acute threats to physical security, the homicide rate has reached unusually high levels in recent years, with 40 murders in 2016 and 39 in 2017; the number fell to 34 in 2018, though for the previous decade it had most often been in the 20s. Prison conditions have improved since the opening of a new correctional facility in 2012, but the old prison in Kingstown is still in use and features substandard conditions. The government has strongly denied allegations in recent years that a supposed extralegal unit affiliated with the police is used to intimidate its perceived opponents.

The constitution prohibits discrimination based on race, sex, religion, and other such categories, but sexual orientation and gender identity are not similarly protected. Same-sex sexual conduct is illegal and carries penalties of up to 10 years in prison. While the law is rarely enforced, societal discrimination against LGBT people persists. Women reportedly face sexual harassment in the workplace, which is not specifically addressed by law.

There are no significant restrictions on freedom of movement, and individuals are able to change their place of residence, employment, and education.

Individuals are free to own property and to establish and operate businesses. The government has actively encouraged both domestic and foreign investors to do business in the country, though the World Bank has reported some regulatory difficulties with respect to registering property, obtaining credit, and resolving insolvency.

Individual rights with respect to personal status matters like marriage and divorce are generally protected by law, though same-sex marriage is not recognized. The Domestic Violence Act of 2015, which went into effect in 2016 and provides for protective orders, offers some tools and resources to victims of domestic violence. However, such violence remains a serious and widespread problem, as does sexual assault.

The law provides safety and other basic protections against labor exploitation, and these are typically upheld, though there are some reports of inadequate enforcement. The Prevention of Trafficking in Persons Act of 2011 criminalizes forced labor and sex trafficking, and the government has increased its efforts to investigate violations and improve prevention and victim protection, but it has yet to secure any trafficking convictions, according to the US State Department.