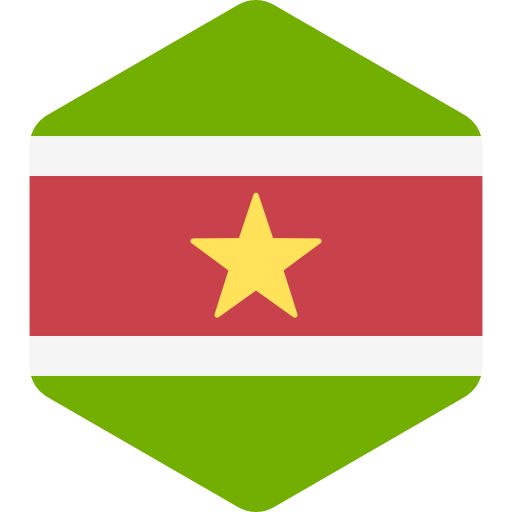 Suriname is a constitutional democracy that holds generally free and fair elections. However, corruption is a pervasive problem in government, and attacks on judicial independence and due process, underscored by the president’s interference in his own murder trial, remain a concern. Women, indigenous peoples, and the Maroon population are politically underrepresented.

The president is chief of state and head of government, and is elected to five-year terms by a two-thirds majority of the 51-seat National Assembly. If no such majority can be reached, a United People’s Assembly—consisting of lawmakers from the national, regional, and local levels—convenes to choose the president by a simple majority. The president is not subject to term limits. In 2015, the freely elected National Assembly reelected President Dési Bouterse in accordance with the law.

The 1987 constitution provides for a unicameral, 51-seat National Assembly. Representatives are elected for five-year terms via proportional representation. The last legislative elections in 2015 were considered competitive and credible. Bouterse’s NDP took 26 seats, the V7 opposition coalition took 18, and smaller groupings took the remainder.

Electoral laws meet international standards of fairness. The president appoints the members of the election commission, the OKB, and has the power to fire them. In October 2018, the OKB announced that the approximately 30,000 to 40,000 voters who had not shown up at polling stations for the last 10 years would be removed from the voter lists. Some observers criticized the measure as favoring the NDP, which has many young and disciplined supporters.

Suriname’s many political parties, which often reflect the country’s ethnic cleavages, may generally form and operate freely. However, politics are rancorous, and the governing parties often seek to protect their power by leveraging economic and other tools. When businessman Ramsoender Jhauw started an opposition party in 2014, his company lost important orders from the government, bringing the business close to bankruptcy.

Separately, in October 2018, the Paramaribo office of the opposition National Party of Suriname (NPS) was shot at while party delegates were in a meeting. The following month, a pride flag and a Progressive Workers and Farmers Union (PALU) flag were set on fire at PALU’s offices.

Opposition parties can gain power through elections. Most parties form coalitions to contest elections. In the 2015 elections, the V7, an opposition coalition, won 18 of 51 seats in the National Assembly. The NDP holds the most seats, with 26.

In late 2018, Bouterse’s government proposed a measure that would ban party alliances. While the NDP would be subject to the measure, its effects would be felt more by the country’s many small opposition parties, which would face limitations on their ability to create alliances among themselves ahead of elections.

People’s political choices are generally not subject to undue coercion. However, opposition political parties have raised concerns about campaign financing, which is unregulated and lacks transparency, and the resulting influence that special interest groups can have on parties and candidates.

Parties are often formed along ethnic lines, meaning most ethnic groups have political representation. However, the interests of indigenous communities are often overlooked. Women have historically played a limited role in politics, but have experienced gains in recent years—in 2015, 13 out of the 51 representatives elected to the National Assembly were women, compared to 6 women elected in 2010. The interests of Maroons, the descendants of escaped slaves, are poorly represented in politics, though there are Maroon representatives at various levels of government.

C2.      Are safeguards against official corruption strong and effective? 2 / 4

Government corruption is pervasive. In 2017, the National Assembly adopted a new anticorruption law, updating past laws that were severely outdated. However, it has not yet come into effect.

C3.      Does the government operate with openness and transparency? 2 / 4

The government often does not operate with transparency. Officials are not legally required to disclose information about their finances. Suriname does not have laws to facilitate access to public information, and access is limited in practice.

The constitution guarantees press freedom, and the media sector is fairly diverse. Although some journalists engage in self-censorship in response to pressure and intimidation from authorities, the press frequently publishes stories critical of the government.

The constitution guarantees freedom of religion, which is typically upheld in practice.

D4.      Are individuals free to express their personal views on political or other sensitive topics without fear of surveillance or retribution? 3 / 4 (−1)

Freedom of expression is enshrined in the constitution, and there are no formal constraints on the expression of personal views among the general public. However, Suriname’s rancorous political atmosphere, continued attacks on the media and other government critics by officials, and separate 2018 incidents at political party offices in which shots were fired and flags were burnt, have prompted some residents to exercise increased caution when discussing sensitive issues

Score Change: The score declined from 4 to 3 due to increasing concerns about retribution for private speech, amid a rancorous political environment.

The constitution guarantees freedom of assembly, which is generally respected in practice. However, members of the antigovernment protest movement We Zijn Moe-Dig (We Are Tired/Courageous), which was founded in 2015, say President Bouterse has characterized them as traitors.

Workers are free to join independent trade unions, which are actively involved in politics. Civil servants lack the legal right to strike. There have been isolated reports of private-sector employers denying collective bargaining rights to unions.

The courts are financially dependent on executive agencies, and executive influence over the understaffed judiciary remains a matter of concern. After a military court declared an amnesty law unconstitutional in June 2016, Bouterse sought to prevent a trial against him from moving forward, but was ultimately unsuccessful.

Due process is undermined by corruption, a shortage of judges, and a lack of resources and staff to support the judiciary. The public prosecutor’s office often pursues cases selectively. Low wages in the police corps creates vulnerability for corruption. Payments are sometimes made to obtain favorable outcomes in criminal and civil proceedings. There is a backlog of cases involving non-Dutch speakers, as interpreters who have gone unpaid have refused to work additional cases.

Pretrial detention, even for small crimes, is common, and due to the overload of the judicial system, it often takes a long time before defendants can appear in court.

President Bouterse has accepted “political responsibility” for his involvement in the abduction and extrajudicial killing of 15 political opponents in 1982, but has sought to disrupt legal proceedings against him. When his efforts to prevent a murder trial against him failed, Bouterse fired the justice minister and in March 2017 replaced her with a close ally. In 2017, the public prosecutor demanded a 20-year prison sentence against Bouterse. The government subsequently adopted a resolution warning the prosecutor to be “careful,” and asking him to voluntarily resign. Bouterse later withdrew the resolution in the face of public outrage, and the trial resumed in October 2018.

The use of excessive force by law enforcement officials is prohibited, but cases of police abuse have been reported. Temporary detention facilities are characterized by unhygienic conditions, understaffing, and overcrowding. Suriname lies on a major drug-trafficking route, giving way to some trafficking-related violence. Violent crimes such as burglary and armed robbery are common, and police resources are insufficient to address the problem.

F4.       Do laws, policies, and practices guarantee equal treatment of various segments of the population? 2 / 4

The constitution prohibits discrimination based on race or ethnicity. Nevertheless, the Maroon and indigenous people in the hinterland face inequality in areas such as education and employment. Despite a verdict by the Inter-American Court of Human Rights made public in 2016, minority groups still are dispossessed of their lands.

Same-sex sexual relations are legal, though the age of consent differs from that of heterosexual couples. Despite legal protections adopted in 2015, members of the LGBT (lesbian, gay, bisexual, and transgender) community face societal discrimination, harassment, and abuse by police, and contend with occasional instances of intimidation such as the burning of a pride flag at PALU offices in 2018.

The constitution bars gender discrimination, but in practice, women experience disadvantages in access to employment and education.

The government generally upholds constitutional freedoms of internal movement and residence, though the lack of protections for indigenous and Maroon lands leave those communities vulnerable to displacement by unregulated logging and mining operations.

G2.      Are individuals able to exercise the right to own property and establish private businesses without undue interference from state or nonstate actors? 2 / 4

Domestic violence remains a serious problem, and laws criminalizing it are not well-enforced. The October 2018 murder of 37-year-old Monaliza Maynard by her former partner in Paramaribo shocked Suriname and brought the subject to public attention. Hundreds of people participated in a protest march against domestic violence organized after the murder.

Despite efforts of the government, trafficking in persons remains a serious problem. Women and migrant workers are especially at risk of human trafficking, sexual exploitation, and forced labor in various industries. Construction and mining work often do not receive attention from labor inspectors. Venezuela’s deteriorating economy has increased Venezuelan women’s vulnerability to sex trafficking in Suriname. Corruption has facilitated the criminal activities of traffickers.