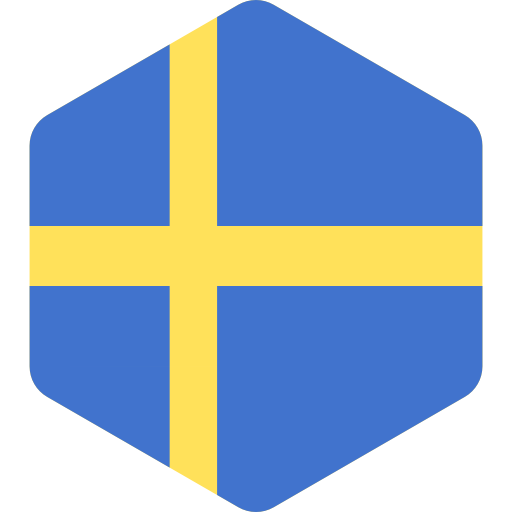 Sweden is a parliamentary monarchy with free and fair elections and a strong multiparty system. Civil liberties and political rights are legally guaranteed and respected in practice, and the rule of law prevails.

The prime minister is the head of government and is appointed by the speaker of the freely elected parliament, or Riksdag, and confirmed by the body as a whole. Prime Minister Stefan Löfven of the SAP was appointed in 2014 following parliamentary elections, and formed a minority government with the Green Party. King Carl XVI Gustaf, crowned in 1973, is the ceremonial head of state.

The unicameral Riksdag is comprised of 349 members who are elected every four years by proportional representation. A party must receive at least 4 percent of the vote nationwide or 12 percent in an electoral district to win representation. Swedish elections are broadly free and fair.

In the September 2018 parliamentary elections, neither main bloc won a majority, with the center-left bloc winning 144 seats and the center-right bloc winning 143 seats. The populist, anti-immigrant party, Sweden Democrats, won 62 seats, up from 49 previously. However, the party’s gains fell short of the expectations of many analysts. Parties in both the center-right and center-left blocs refused to form a coalition government with the Sweden Democrats. In late September, Prime Minister Löfven lost a vote of no confidence in the parliament, but pledged to continue in his role until a coalition government was formed. After lengthy negotiations, in December, the parliament rejected another attempt by Löfven to form a government.

A report published in November by election monitors from the Organization for Security and Co-operation in Europe (OSCE) stated that although the integrity of the elections was not in doubt, the secrecy of the vote was sometimes compromised.

Elections are regulated by the Swedish Election Authority, which effectively upholds its mandates.

Political parties may form and operate without restriction. Eight political parties gained representation in the Riksdag in 2018, with the SAP, the Moderates, and the Sweden Democrats holding the most seats.

Sweden has a strong multiparty system with a robust opposition.

People’s political choices are generally free from domination by actors that are not democratically accountable.

The country’s principal religious, ethnic, and immigrant groups are represented in the parliament, as are many women. Since 1993, the indigenous Sami community has elected its own legislature, which has significant powers over community education and culture, and serves as an advisory body to the government.

Sweden’s freely elected representatives develop and implement policy. The strong performance by the far-right Sweden Democrats in the 2018 parliamentary elections, and the refusal of both the center-right bloc and center-left bloc to work with the party, contributed to the failure to form a functioning government by the end of the year.

The country has one of the most robust freedom of information statutes in the world, and state authorities generally respect the right of both citizens and noncitizens to access public information.

Sweden’s media are independent. Most newspapers and periodicals are privately owned, and the government subsidizes daily newspapers regardless of their political affiliation. Public broadcasters air weekly radio and television programs in several minority languages.

Threats and intimidation of journalists have increased in recent years, particularly against those who report on organized crime, religion, extremist groups, or other sensitive topics. In August 2018, a member of the Nordic Resistance Movement, a neo-Nazi party, was arrested for plotting to kill two journalists with Mittmedia, a large media group. In September, the suspect was convicted of illegally possessing firearms, but acquitted of the more serious charge of preparing to commit murder.

In August 2018, a court ordered a translation company to pay a Muslim woman $4,500, after finding that it discriminated against her during a 2016 job interview that abruptly ended when she declined to shake a male employee’s hand for religious reasons. The court ruled that the European Convention on Human Rights protected the woman’s right to refuse a handshake on religious grounds.

Anti-Semitic attacks have occurred in recent years, including a Molotov cocktail attack on a synagogue in Gothenburg in late 2017. Three people were arrested in connection with the incident; in June, all three suspects were found guilty and sentenced to prison terms ranging from one to two years.

Private discussion is open and vibrant.

Freedom of assembly is generally respected in law and in practice. However, violence has occasionally erupted between far-right demonstrators and counterprotesters.

The rights to strike and organize in labor unions are guaranteed. Trade union federations, which represent approximately 70 percent of the workforce, are strong and well organized.

The judiciary is independent.

The rule of law prevails in civil and criminal matters. Defendants are presumed innocent until proven guilty, and the state must provide legal counsel to people accused of criminal offenses.

Following a 2017 attack in which a man drove a truck through central Stockholm and into a department store, killing 5 people and wounding 10 others, the government introduced new antiterrorism measures. The law focused on tighter security in public places, greater information sharing between government agencies, and tighter controls on individuals deemed to pose a security threat.

In August 2018, groups of masked youths set fire to approximately 100 cars in western Sweden, mainly in Gothenburg, in what appeared to be coordinated attacks.

Conditions in prisons and temporary detention facilities are adequate, but concerns have been raised about excessive use of long detention periods. Changes to the law regarding detention have been proposed in the parliament. Swedish courts have jurisdiction to try suspects for genocide committed abroad.

The Swedish state works to ensure equal protection and rights for all members of the population. An equality ombudsman oversees efforts to prevent discrimination on the basis of gender, ethnicity, disability, and sexual orientation. However, the United Nations has called for the ombudsman’s powers to be strengthened, and has noted problems with discrimination by police and correctional personnel.

In August 2018, a “cis-man-free” music festival was held in Gothenburg, which was advertised as an event open to women, transgender people, and nonbinary people. The festival was founded to create a safe space for women after a series of rapes at music festivals in 2017. In December, the ombudsman found the festival guilty of discrimination for its exclusionary advertising, though no penalties were assessed.

In 2017, in the wake of growing right-wing sentiment and increasing immigration from abroad, the Swedish government voted to place limits on parental leave benefits for immigrants. In 2016, the parliament passed a law that tightened restrictions on asylum seekers, which included limiting family reunification

Freedom of movement is legally guaranteed and generally respected in practice. However, asylum seekers may be assigned to a place of residence, and at times may be forced to change locations. Sweden continues to maintain checkpoints on its external borders that were instituted during the 2015 refugee crisis.

The United Nations has criticized Sweden for not doing enough to prevent domestic violence against women and children. Despite its status as a model for gender equality, Sweden suffers from persistently high levels of rape and sexual assault. To address the issue, the parliament passed a groundbreaking law in May 2018 which legally recognizes that sex without consent amounts to rape. The law distinguishes Sweden from most other European countries, which continue to legally define rape in terms of force, threats, and coercion.

People in Sweden generally enjoy equality of opportunity. Women earn the equivalent of 95.5 percent of men’s wages when differences in age, sector, and experience are taken into account. However, unemployment is higher among immigrants than it is among people who were born in Sweden.

Sweden is a destination and, to a lesser extent, a transit point for women and children trafficked for the purpose of sexual exploitation, but the Swedish government is proactive in combatting the problem. The government has established municipal-level antitrafficking working groups and action plans. Nevertheless, the United Nations has pointed out that Sweden lacks robust methods to prevent individuals, especially unaccompanied immigrant children, from falling victim to human trafficking. According to the US State Department’s 2018 Trafficking in Persons Report, Sweden does not sufficiently screen migrants to identify trafficking victims.