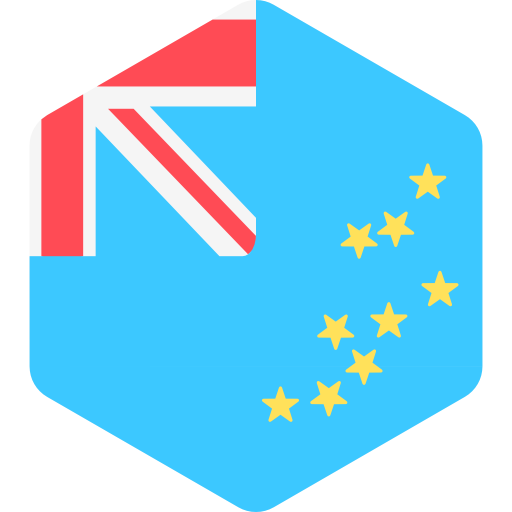 A governor general represents the British monarch as ceremonial head of state. The prime minister, chosen by Parliament, leads the government. Enele Sopoaga, who became prime minister after his predecessor was ousted in a no-confidence vote in 2013, secured a new term after the 2015 parliamentary elections, holding together his alliance of independent lawmakers.

The unicameral, 15-member Parliament is directly elected through contests in eight geographical constituencies, all but one of which have two members each. In the 2015 elections, all candidates ran as independents, and 12 of the incumbents returned to office. Each of the main inhabited islands in Tuvalu is also governed by an elected local council.

Tuvalu’s legal framework provides for democratic elections, and the laws are fairly and impartially implemented. An appointed secretary to the government is responsible for the supervision of elections and maintenance of voter rolls. Local polling officers are authorized to adjudicate election-related disputes in their districts, and there is a mechanism through which appeals may be filed.

There are no formal political parties, though no law bars their formation. Candidates typically run as independents and form loose, frequently shifting alliances once in office.

Tuvalu has an established pattern of democratic transfers of power. Individual prime ministers and governments have seldom lasted a full term in office in recent decades, with intense political rivalries often prompting no-confidence votes in Parliament.

Traditional elders and the main Protestant church play an influential role in society, but they do not exercise undue control over the political choices of voters and candidates.

All Tuvaluans aged 18 and over who are present in the country on polling day but not imprisoned are eligible to vote. While women formally have full political rights, in practice their participation is somewhat inhibited by traditional biases. Three women ran for seats in the 2015 parliamentary elections, and one of them won office. A move to add two reserved seats for women is being considered as part of a constitutional review process scheduled to take place through mid-2019.

Tuvalu’s elected officials are able to develop and implement government policies and legislation without improper interference from any unelected entity.

Corruption is not a severe problem in Tuvalu, and the country’s independent auditing and law enforcement bodies are generally effective in combating graft, though there have been some corruption scandals in recent years. Former prime minister Ielemia was convicted in 2016 of receiving over $15,000 from Japanese and Taiwanese sources while in office and depositing the money in a personal bank account. The conviction was overturned by a higher court a few weeks later, but the fact that Ielemia had begun to serve a prison term led to his disputed removal from Parliament. Ielemia, who had been pursuing an appeal in the courts in 2017, died in November 2018.

Government operations and legislative processes are generally transparent, though there is no freedom of information law to guarantee and regulate public access to official records. While officials are legally obliged to disclose their assets and income, the rules are not consistently enforced, according to the US State Department.

An April 2018 report by the International Monetary Fund (IMF) found that Tuvalu had made progress in improving public financial management.

The constitution provides for freedom of the press, and there are no reported restrictions on this right, though the small media market does not support independent domestic news outlets. The government operates a radio station and a national newspaper. Many residents use satellite dishes to access foreign programming. Internet penetration has grown in recent years, though access is largely limited to the main island.

The constitution and laws provide for freedom of religion, and this right is generally respected in practice. A Protestant church, the Congregational Christian Church of Tuvalu, has official status under the law, and about 97 percent of the population belongs. Traditional leaders are empowered to regulate local religious activities, and on smaller islands they sometimes discourage minority groups from proselytizing or holding public events.

There are no significant restrictions on freedom of expression. The government does not improperly monitor personal communications or social media activity.

The constitution provides for freedom of assembly, and the government typically upholds this right in practice.

Freedom of association is respected. Nongovernmental organizations operate without interference, providing a variety of health, education, and other services.

Workers in the private sector have the right to organize unions, bargain collectively, and strike. Public-sector employees can join professional associations and engage in collective bargaining, but they are not permitted to strike. Most labor disputes are resolved through negotiations in practice. The only registered union represents seafarers.

The judiciary is independent. The chief justice is appointed by the head of state on the advice of the cabinet, and other judges are appointed in the same manner after consultation with the chief justice. Judges cannot be removed arbitrarily.

The authorities generally uphold due process during arrests, detentions, and trials. A public defense lawyer is available to detainees and defendants. However, the limited capacity of the legal system can lead to delays in court proceedings and access to counsel.

There were no reports of physical abuse by police or in the prison system during the year. Criminal activity does not pose a major threat to physical security.

While women generally enjoy equality before the law, traditional customs and social norms can limit women’s role in society, and there are no specific legal protections against gender discrimination in employment.

Sexual activity between men can be punished with imprisonment, though the law is not actively enforced. Discrimination based on sexual orientation or gender identity is not specifically banned.

Tuvaluans are free to travel within the country and abroad, and to relocate for purposes including employment and education.

G2.      Are individuals able to exercise the right to own property and establish private businesses without undue interference from state or nonstate actors? 3 / 4 (−1)

The legal framework and government policies are generally supportive of property rights and private business activity. However, laws and practices surrounding land ownership and inheritance favor men over women.

Score Change: The score declined from 4 to 3 due to laws and practices surrounding land ownership and inheritance that favor men over women.

Although personal social freedoms are generally respected, domestic violence often goes unreported because it is viewed as a private matter. There are no specific laws against spousal rape.

Forced labor is prohibited, and the government mandates basic protections against exploitative or dangerous working conditions, though enforcement is not proactive or consistent. Most of the labor force works in the informal sector or in small-scale fishing and agriculture.