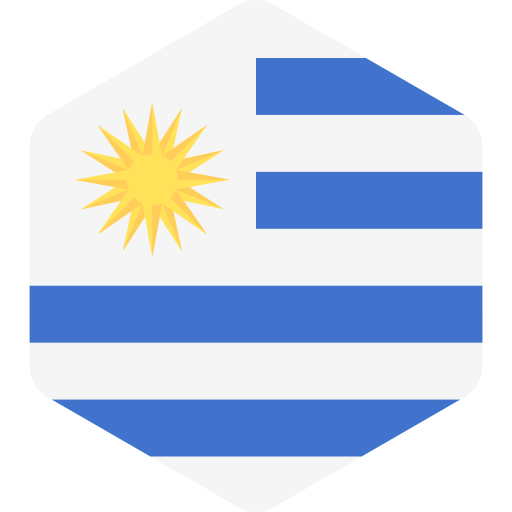 Uruguay has a historically strong democratic governance structure and a positive record of upholding political rights and civil liberties while also working toward social inclusion. Although all citizens enjoy legal equality, there are still disparities in treatment and political representation for women, transgender people, Uruguayans of African descent, and the indigenous population.

The president is directly elected to a five-year term, and may hold nonconsecutive terms. The most recent general elections were held in 2014. The Tabaré Vázquez–Raúl Sendic ticket of the Frente Amplio captured the presidency and vice-presidency after a run-off. The elections took place peacefully and stakeholders accepted their results.

Sendic resigned in 2017 amid a probe into his alleged misuse of a corporate credit card while head of a state-run oil company. Lucia Topolansky, a senator, assumed the vice presidency under constitutional procedures, and became the first woman to hold the post.

The bicameral General Assembly consists of the 99-member Chamber of Representatives and the 30-member Senate, with all members directly elected for five-year terms. In the 2014 elections, the Frente Amplio retained a majority in the parliament, winning 50 seats in the Chamber of Representatives and 15 seats in the Senate. The elections took place peacefully, and stakeholders accepted their results.

Uruguay’s Electoral Court serves as the highest authority on elections and supervises the National Electoral Office, which oversees voter registration and has one office in each of the country’s regional departments. Electoral laws are generally fair, and the Electoral Court, whose nine members are elected by both houses of Parliament with a two-thirds majority, is generally viewed as impartial. Voting is compulsory.

Uruguay’s multiparty system is open and competitive. The major political groupings are the Colorado Party, the National Party (also known as Blanco), the Independent Party, and the Frente Amplio coalition, which is currently in power.

Opposition parties are regularly competitive in the national elections.

The Afro-Uruguayan minority, comprising approximately 8 percent of the population, is significantly underrepresented in government and professional jobs. Indigenous peoples are also severely underrepresented, although there is a currently a grassroots campaign that aims to gain formal government recognition of the indigenous Charrúa people.

Representation of women in national, regional, and local government is low, though women hold about 20 percent of seats in the legislature and a number of mayorships. A gender quota system was implemented for the first time in the 2014 national elections to increase the participation of women as candidates.

The head of government and national legislature determine the policies of the government without undue interference.

The level of corruption in Uruguay is relatively low by regional standards.

In May 2018, a judge ruled that former vice president Sendic should be prosecuted on charges of embezzlement and abuse of office during his time as head of the state oil group, and an appeals court confirmed the ruling in December.

Government institutions have established a robust record of accountability to the electorate. Enforcement of the Transparency Law, which prohibits a range of offenses related to abuse of office, is relatively strong at the national level.

Constitutional guarantees regarding free expression are generally respected. The press is privately owned; the broadcast sector includes both commercial and public outlets. There are numerous daily and weekly newspapers, some of which are connected to political parties. A study of media in Uruguay released in December 2017 by a coalition of international and local researchers found that ownership of outlets was heavily concentrated among three main media groups.

Despite the relatively open media environment, there have been some reports of intimidation against journalists.

Freedom of religion is legally protected and broadly respected.

Private discussion is generally open and robust. However, the government operates an electronic surveillance system, and the circumstances under which it may be deployed are opaque.

Freedom of assembly is protected by law, and the government generally respects this right in practice. Protests are frequent. On several occasions in early 2018, farmers, accompanied by some workers from other sectors, staged antigovernment protests at which participants demanded government assistance for their industries, including cuts in fuel and electricity prices, and modifications to trade agreements and monetary policy.

A wide array of community organizations and national and international human rights groups are active in civic life, and do not face government interference.

Workers are free to exercise the right to join unions, bargain collectively, and hold strikes. Unions are well organized and politically powerful.

Efforts to seek justice for human rights violations committed under the military regime that ended in 1985 have been slow and inconsistent. The government created a special prosecutor’s office to investigate unresolved cases; however, there has not been movement on any cases and victim groups are not optimistic. Many have pulled out of collaborating directly with the government’s Working Group on Truth and Justice due to their lack of faith in the proceedings. Human rights investigators have reported receiving death threats.

Prisons are over capacity, and conditions in many facilities are inadequate. A prison riot in June 2018 highlighted these poor conditions. In response, President Vázquez days later submitted a bill to Congress that proposed major changes to the country’s prison system, including decentralized management, a formal complaints procedure, and rehabilitation-focused programs.

Transgender people have historically been discriminated against in Uruguay. However, in October 2018 lawmakers approved, and the executive promulgated, a law allowing transgender people to change relevant information on their identification documents. The law also allows minors to have gender reassignment hormone therapy without parental or guardian permission, and set aside funds to help ensure that transgender people have access to education and health care, and to provide a pension for transgender people who were persecuted by the country’s 1973–85 military dictatorship.

The Afro-Uruguayan minority continues to face economic and social inequalities. A 2013 affirmative action law included incentives to increase their graduation rates and an 8 percent quota in government employment. The law has seen some success in raising the enrollment rate of Afro-Uruguayans, but other mandates have not been fully implemented. The government has initiated additional programs aimed at seeing it realized, and also celebrated the first Afro-descendent month in July 2018, which recognized the cultural contributions of Afro-Uruguayans in the country.

The Senate in 2018 was discussing a bill that would provide greater protection against discrimination for people with disabilities, and enact a quota for hiring disabled people.

Women enjoy equal rights under the law but face discriminatory traditional attitudes and practices, including a persistent wage gap.

Freedom of movement is protected, and individuals are free to change their residence, employment, and institution of higher education without interference.

The right to own property and establish private business is respected.

Violence against women remains a serious concern, but authorities are making efforts to combat gender-based violence. The Parliament in 2017 voted to make femicide a special circumstance that can increase sentences, and has begun confiscating guns from policemen who have been convicted of domestic violence.

The parliament voted overwhelmingly to legalize same-sex marriage in 2013. Abortion for any reason during the first trimester has been legal since 2012. However, many women, especially in rural areas, lack access to legal abortions. Stigma connected to the procedure continues to impede full access for women.

Individuals generally enjoy equality of opportunity. However, according to reports, the government is not doing enough to combat transnational trafficking, and laws do not prohibit internal trafficking.